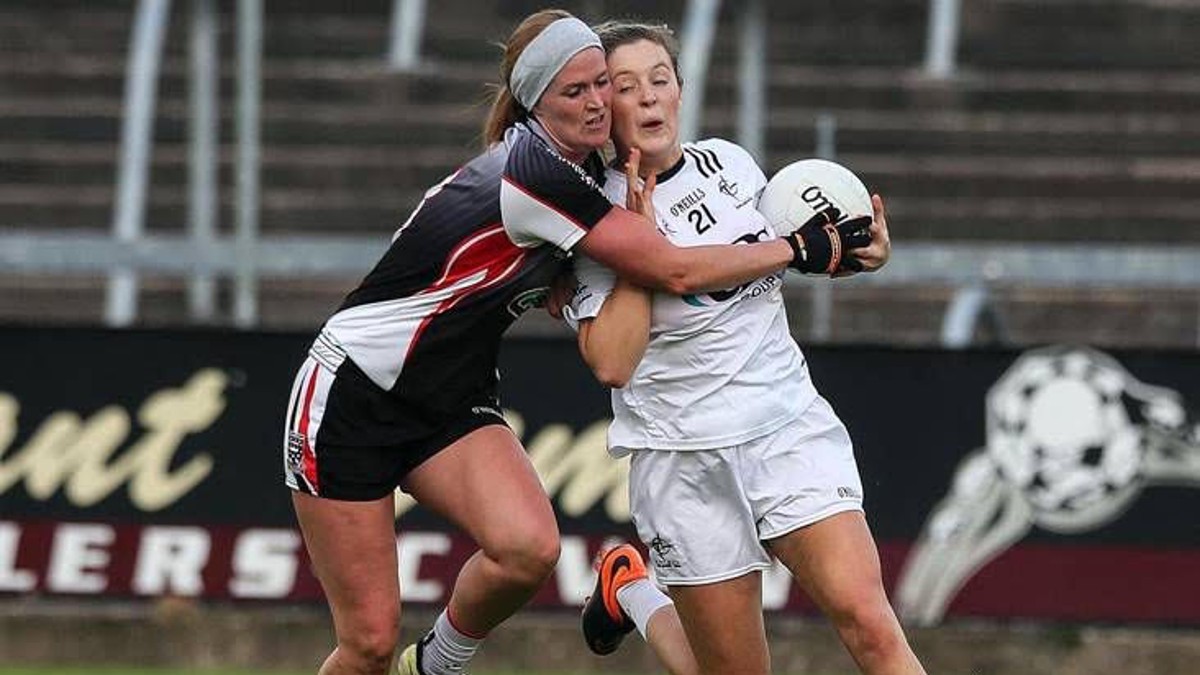 Her heart rate slowed as she took a few short steps across the stage.

It was a long journey to get her to this point, and now she stood in front of millions of eyes, but for those fleeting moments it was just her, the microphone and the memory of her father.

Former Kildare footballer, Emer Fogarty, entered the Rose of Tralee competition in 2019 and she could never have imagined the legacy of her song choice that night. Her father, Mick, had died suddenly in late 2016 and she felt a special resonance with The Parting Glass.

“I had actually never sang The Parting Glass,” said Fogarty.

“My dad used to play the guitar and I would sing with him from when I was very young and there were different Irish songs we would do.

“When I made my application before the Kildare Rose I was trying to figure out a song and sometimes I would say, give us a dig out there, whatever you think I should go for.

“Then I was teaching a yoga class and Ed Sheeran’s version of The Parting Glass came on. I was watching the Late Late and Sibeál (Ni Chasaide) sang it too. I was kind of playing with the song in my head and when I was out running I put it on repeat.

“I said, you know I think there is something in this song. When I kept listening to it I kept getting upset because every time I listened it connected because it’s a song about life and loss and parting.

“That person rises and you don’t, and that is just part of it. I suppose the more I reflected on the meaning in the song, I realised that it’s very much a song that is associated with loss.”

The 27-year-old is from Kilgowan in South Kildare and played her club football with St Laurence’s. She featured for Kildare from U-12 all the way to adult level winning a TG4 All-Ireland Intermediate Championship when they beat Clare in September 2016.

But that November her beloved father Mick passed away, turning her world upside down. Fogarty returned to training with the Lilywhites for a few months before giving up the game.

“I was totally dazed most of the time and I found it really, really difficult,” said Fogarty.

“So I remember mid-way through the season I had to make a decision whether I was going to keep playing or not. I felt physically, mentally and emotionally, I was not able.

“I spoke to the management team and they were really supportive and amazing and understood the circumstances. I took a step back then and didn’t go back to it and it was purely because I felt life was pushing me in a different direction.”

Life nudged her towards setting up her own business and just recently she founded ‘Emer Fogarty Performance Coaching’. She helps executives and leadership teams build confidence and avoid the dreaded imposter syndrome.

“Am I good enough, am I fraud, do I deserve to be here? It’s all those things,” said Fogarty.

“Everybody has these feelings, you are human. The amount of people that I would work with in organisations that are really senior, they struggle with imposter syndrome too.”

Fogarty hasn’t transferred her performance coaching expertise to the sports sphere just yet, although she has taught yoga with teams at Dunlavin GAA in Wicklow.

She wants to get back involved with Ladies football as a performance coach in future and would welcome a return to the Kildare fold.

“I think a big part of it for me is understanding your mindset in sport and how you show up,” said Fogarty.

“A lot of us have unconscious habits. When I look back on my own game now there are things I would have done without realising and awareness, I think, God if I had a mental coach I would have been more tuned in.”

“Mindfulness, meditation and yoga are practices that are done day-to-day and people are now understanding the application of them. But in sport if you’re catching a ball out of midfield and you have a tendency to handpass it off every time, or just kick long passes or just shoot without thinking, it all impacts immediate responses, how you react and perform.

“For me, it’s really understanding how can we build awareness within players and build an understanding of the reactions of their body language and thinking. If you make a mistake how do you respond?”

Do we have the ability to stay composed so that whoever we are marking doesn’t have the upper hand?

“It’s really interesting to watch the behavioural tendencies of players, are they aware of what they are doing? For me, it’s working with individuals to understand how they can bring awareness to that and be more conscious.

“I would see it in business settings where people would think ‘I don’t really believe that I am going to win over this deal’, it’s the same in sport. If you ask some teams that are competing in an All-Ireland, do they believe that they are going to win? Some teams are uncomfortable with saying ‘yes’.”

Alongside her new business and yoga exploits, Fogarty is an accomplished singer, as she showed the world when she took to the stage in Tralee.

She has been blown away by the reaction since and just last week she released The Parting Glass on Spotify. She has recorded seven other songs that she will be releasing over the coming weeks, while she will perform at ‘Awaken Your Power Within’ at the National Concert Hall on 27 February.

It all stems from that emotional performance that shook the Festival Dome three years ago.

“It was a very unusual experience. I felt, once the music started and even through the interview, I just dropped down into myself,” said Fogarty.

“When I was younger I used to think it was just about me, how did I come across when I sang? You would only worry about yourself. But I had one job on the night it was sharing the song. The song would come through me and it was about evoking a feeling.

“So it didn’t matter how it sounded. Primarily it was about, can I express this in a way that is authentic and real, that I really mean this and it’s from the heart? If I do that, then that will connect.

“So when I was in it, I felt completely supported, I felt very much connected to my dad and I would naturally plug into that and plug into the feeling and I just sang from the heart. When you are in that and when you are sharing that from a place of truth and honesty, then that is what resonated and that is what made it connect.

“I would feel and be a believer that they are always around you and there is an energy. I have no doubt he was there and that’s what gives you strength and lifts away the pressure.”