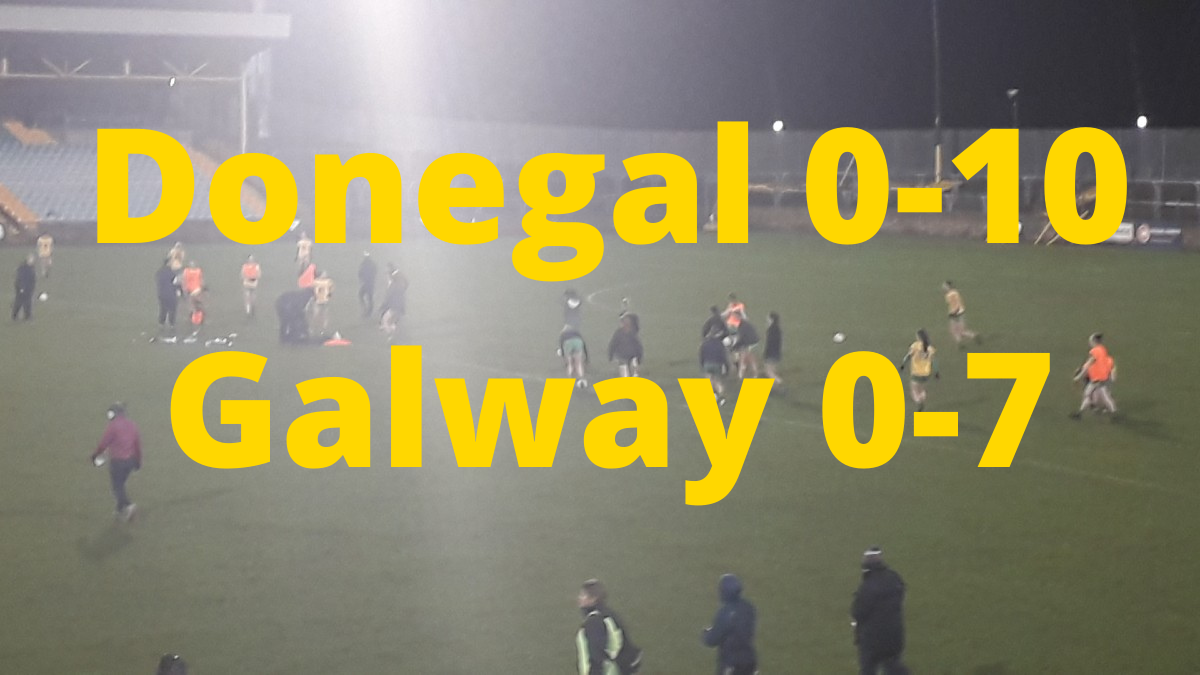 Geraldine McLaughlin contributed 0-7 as Donegal got the better of Galway on the opening day of the Lidl National Football League Division 1A.

The hosts held the lead from the tenth minute and weathered off any attempted comebacks to hold out for the result in Ballybofey.

Donegal got off the mark with a free in the opening minute after Karen Guthrie went down and McLaughlin opened her account. They always looked threatening when attacking down the centre or feeding the inside line but had to wait until the tenth minute to get their next point.

Galway were organised and created opportunities and a turnover led to Kate Slevin getting the game’s first from play on six minutes.

McLaughlin was having a tough battle with Aoife Ni Cheallaigh but did manage to draw a foul to put the hosts back in front. However, Donegal’s best score came on the quarter-hour mark when Tara Hegarty and Shelly Twohig combined to set up Guthrie on the left.

A goal was priceless on a wet evening and the visitors had the first chance when Shauna Brennan’s deflected ball found Mairead Seoighe who sliced it wide.

Donegal went three clear as McLaughlin profited from Suzanne White’s free to make it 0-4 to 0-1 on 19 minutes but she could have done better when Nicole McLaughlin and Guthrie set her up four minutes later and she finished over the bar.

Just before half-time Geraldine McLaughlin was brought down by Ni Cheallaigh but Galway goalkeeper Alannah Griffin saved the low shot to leave Galway’s half-time deficit at 0-6 to 0-2.

There was more energy from Galway after the restart as Slevin and Ailbhe Davoren converted to reduce the deficit to two by the 35th minute but that was as close as Galway got.

McLaughlin and Aoife O’Rourke traded frees before the water break leaving it 0-7 to 0-5 and Donegal nearly finished it off immediately after when McLaughlin assisting Guthrie who hit the post. Katy Herron scored from the rebound.

Frees from Guthrie and McLaughlin put five between them and it was enough despite late points for Slevin and Brennan to bring it back to three.

Darren then got the thoughts of Donegal manager Maxi Curran.