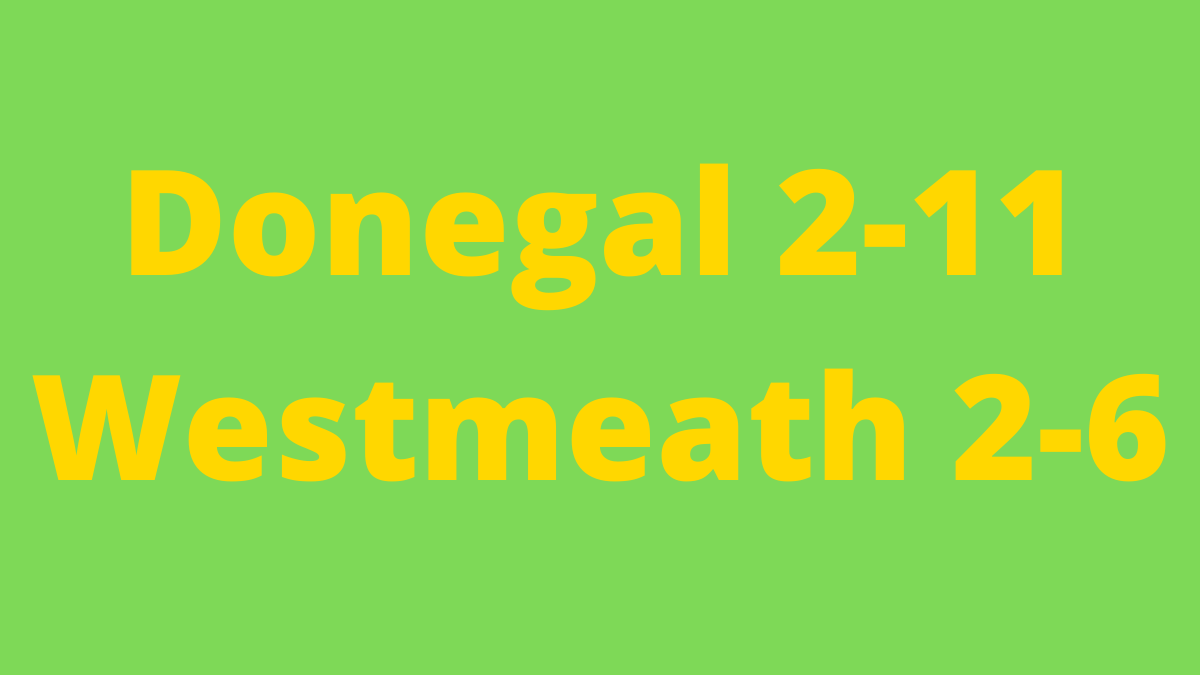 Karen Guthrie scored two first half goals as Donegal overcame a defiant Westmeath in Division 1A of the Lidl National Football League at St Loman’s.

Guthrie hit 2-4 over the hour and while Westmeath did score goals courtesy of Áine Gaynor and Anna Jones, they didn’t manage to build on that and Donegal’s composure ensured them a second win.

It was the visitors who made the better start when Guthrie scored her first goal after just six minutes. But Westmeath’s reply was instant as Sarah Dillon scored on the resumption.

Donegal retained the upper hand however and when Bláthnaid McLaughlin rescued the ball from the end line, Guthrie found the net for a second time.

Anna Jones and Guthrie swapped frees before Susanne White pointed to hand Maxi Curran’s side a 2-2 to 0-2 lead at the water break.

Westmeath enjoyed more possession in the second quarter and they reduced the deficit to four with Ciara Blundell and Dillon on target.

Guthrie scored a free but Westmeath upped it a gear and Donegal turned defensive with Niamh McLaughlin back deep in her own half where she conceded a 45. That was taken by Jones and she sent it in high before Gaynor timed her movement to perfection and finished to the net. Jones and Guthrie swapped points but Donegal took a two-point lead into half-time.

Donegal opened the second half brightly and three Susanne White points, two of which came from frees, pushed the visitors into a more comfortable lead.

Against a swirling wind, Dillon scored her third point of the game to leave four points between them at the second water break. With both teams making substitutions, Westmeath kept running at the Donegal defence and on 51 minutes they were rewarded. Jones got on the end of an exquisite pass from Blundell and rifled the second goal to leave the minimum separating the sides.

However, disaster struck for Westmeath when Tracey Dillon was sin-binned and when Guthrie converted the resulting free there was no going back for the home side.

Katy Herron was introduced and her two points along with a Niamh McLaughlin effort ensured Maxi Curran’s troops earned their second victory of the 2022 campaign.