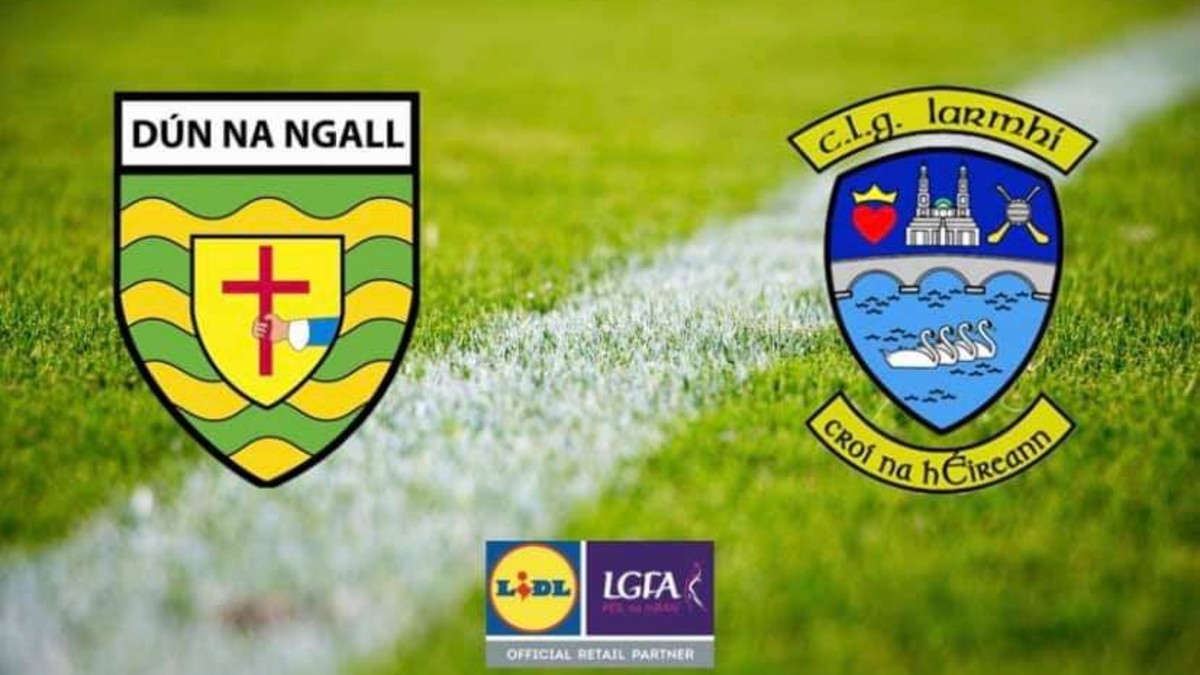 Donegal bagged the game’s opening goal with only 16 seconds on the clock. Niamh McLaughlin, recently installed as the Donegal captain, saw her attempted pass for Geraldine McLaughlin evade its target, but it also flew past Sinead Byrne, the Westmeath goalkeeper.

Westmeath were off cue in the early exchanges, but Fiona Claffey and Sarah Dillon kept them in touch.

Katy Herron boomed over a brilliant point, but Anna Jones’ free from the ground helped to draw Westmeath back on level terms.

The experienced Karen Guthrie, with two, and Niamh McLaughlin, hit the final points of a timid opening half, with Donegal leading 1-5 to 0-5 at the changeover.

Late in the half, Jones had a sight of goal, but her low shot was saved by Aoife McColgan, with Geraldine McLaughlin having shaved a post at the other end a few minutes earlier.

Herron and Niamh Hegarty drilled points to extend Donegal’s lead, but the home side had a let off when Sarah Dillon, fed by Lorraine Duncan, riffled over the top with only McColgan to beat.

Geraldine McLaughlin and Niamh Hegarty opened up a five-point lead but Dillon fired off the crossbar as Westmeath stayed on their coat tails. However, the visitors had a 25-minute blank until Leona Archibold clipped to the net from a late penalty.

Termon sharp-shooter McLaughlin, making her 100th appearance for Donegal, had to be withdrawn ten minutes from the end. McLaughlin had been forced off for a short period after clashing with Byrne in the first minute.

Two Guthrie frees put Donegal ahead by double scores, 1-11 to 0-7 and, with Niamh Spellman sent to the sin bin, Westmeath were at the base of a mountain.

Teenage substitute Suzanne White, one of the emerging youngsters blooded by Tir Chonaill manager Maxi Curran, arched over a double.