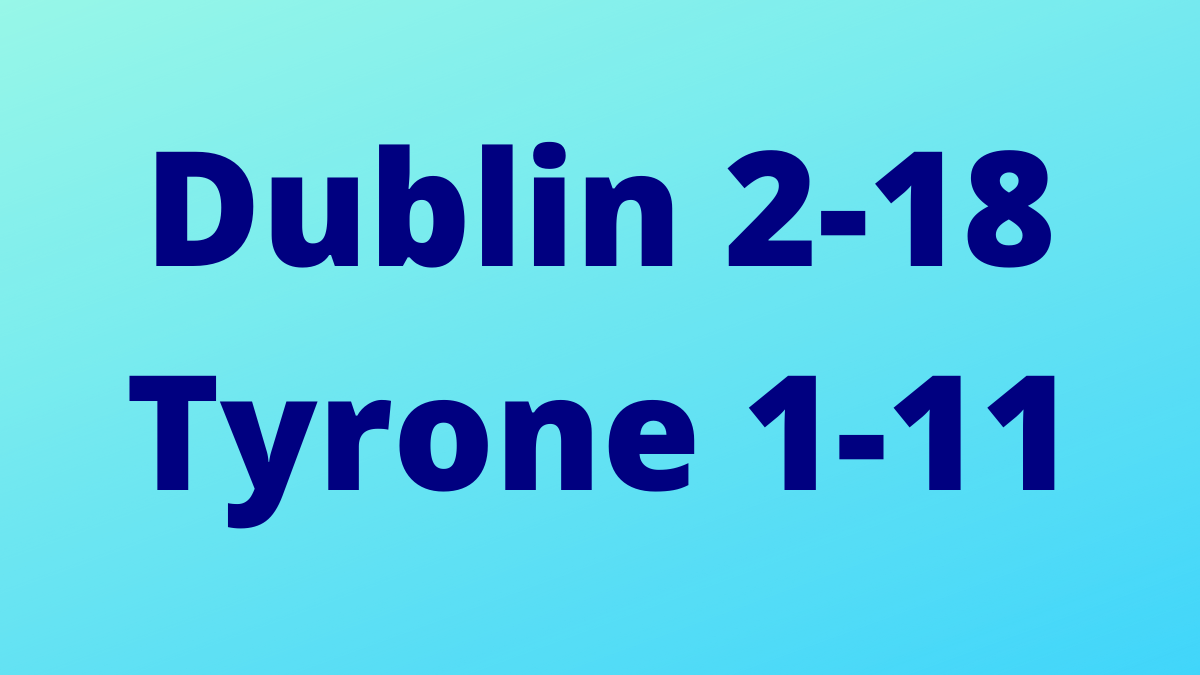 Hannah Tyrrell continued her good scoring form for the reigning champions as she kicked seven points over the hour, while Niamh O’Neill was in scintillating form for Tyrone, registering nine scores of her own in defeat.

Tyrone delivered a very impressive opening quarter and deservedly led Mick Bohan’s side, but Dublin upped the gears after the water break and didn’t look back as they eased to victory.

Supporters did not have to wait long for a score, Tyrrell opening her championship account in the opening minute. The sides were level a minute later with Chloe McCaffrey converting a free, while Tyrone’s direct running at the Dublin defence caused problems early on and O’Neill converted a brace of frees.

Captain Sinead Aherne pulled one back for the champions but they were rocked in the 13th minute when McCaffrey rattled the net, burying the ball in the left corner past the outstretched arm of Ciara Trant.

With both sides taking a defensive approach, scores were limited but a Lucy Collins point before the water break showcased Dublin’s teamwork and patience with Tyrrell leading the Dublin attack.

Aherne and O’Neill exchanged frees after the water break before Tyrone’s O’Neill converted two, either side of a Caoimhe O’Connor point.

But Dublin finished the half with aplomb. Dunne levelled the game, smashing the ball to the net after a terrific set up by O’Connor, while O’Neill and Tyrrell swapped scores before a Tyrrell free edged the Dubs in front.

As half time approached, Dublin bagged their second goal. O’Connor won a kickout and quick exchanges in the Dublin attack were finished to the net by Killeen. However, O’Neill converted a free on the stroke of half time to leave just three between the sides at the break.

Dublin emerged after half time and dominated the third quarter. Tyrrell converted her fourth free before Killeen and Niamh McEvoy both pointed, alongside scores from Dunne and O’Connor, all achieved while holding Tyrone scoreless.

Dublin were awarded a penalty when Dunne was fouled but McEvoy’s spot kick was well saved by Tyrone goalkeeper Maeve Maxwell.

In the final quarter, Niamh Hughes and Niamh O’Neill added to Tyrone’s tally, but the final moments were all Dublin as they eased to a facile victory.