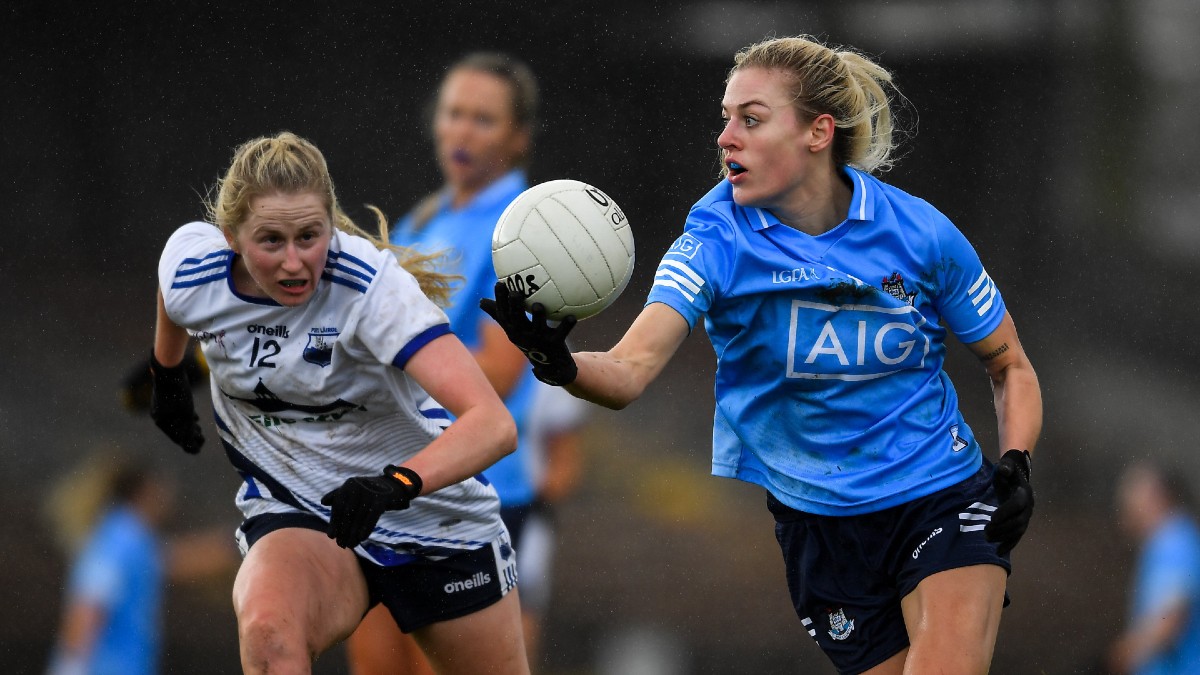 By Aisling Clery (Nicole Owens of Dublin in action against Mairead Wall of Waterford. Photo by Ray McManus/Sportsfile)

Dublin led throughout, taking a 2-3 to 0-1 lead into the half time break, while Waterford dominated possession at times but they couldn’t make it count on the scoreboard.

Dublin were on top in the early exchanges and Hannah Tyrrell landed their first score on three minutes. Waterford tested out the Dublin defence with Emma Murray and Aisling Mullaney trying to make the most of their chances but the scores came up the other end.

Dublin’s first goal arrived after eight minutes with a sweeping team move finished to the net by Jennifer Dunne. And Kate Sullivan was unlucky to see her effort drop into the arms of Eimear Gallagher in the Waterford goals a minute later.

Leah Caffrey and Orlagh Nolan both scored points to leave Dublin with a 1-3 to 0-0 lead at the water break. Waterford enjoyed more of the possession in the second quarter and were duly rewarded when Brid McMaugh scored from distance.

Dublin’s response was immediate in the shape of their second goal. Tyrrell won possession and her offload freed O’Connor who found the net. That goal gave Dublin a 2-3 to 0-1 advantage at the interval.

The hosts controlled much of the third quarter. Katie Murray grabbed their second score but this was cancelled out minutes later by a fine O’Connor point. Then substitute Siobhan Killeen left her mark on the game when she chipped Gallagher for Dublin’s third goal.

Waterford’s pressure eventually told when Emma Murray scored a goal just before the second half water break, making it an eight-point game, at 3-4 to 1-2.

Dublin were reduced to 14 players when Abby Shiels was shown a yellow card but it didn’t swing the game in Waterford’s favour. They did score through Lauren McGregor and Brid McMaugh, but Dublin finished the stronger with Tyrrell, Siobhan Woods and Hannah Leahy all finding their range to ensure the reigning champions opened their 2022 account with a comfortable win.