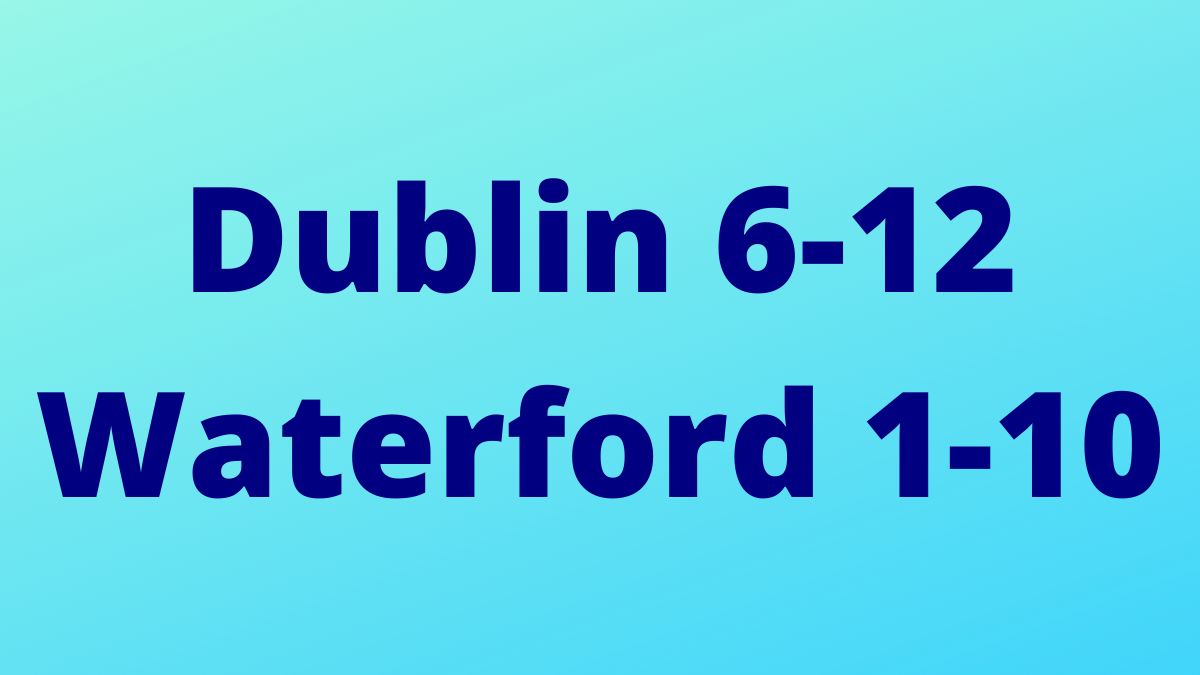 Caoimhe O’Connor found the net twice as Dublin booked their place in the TG4 All Ireland Senior Championship quarter-finals with victory over Waterford at Baltinglass.

The other goals came courtesy of Jennifer Dunne, Carla Rowe, Siobhan Killeen and Niamh Hetherton in a game where Dublin had ten different scorers.

Waterford were first off the mark, Eimear Fennell scored in the opening minute, before Hannah Tyrrell levelled matters.

Dublin stretched their lead when O’Connor grabbed the game’s opening goal. A terrific run from Rowe set up the pass to O’Connor and the Clontarf star finished to the net.

But Katie Murray and Eimear Fennell combined as Waterford hit 1-1 inside two minutes, Fennell finishing both with aplomb.

The sides were level at the water break after Orlagh Nolan finished off a team move to leave the scores at 1-2 to 1-2.

In the second quarter Jennifer Dunne bagged Dublin’s second goal after a terrific run from the centre of the field, and on the resumption Niamh McEvoy finished from close range after good work from O’Connor and Rowe.

Maria Delahunty scored two frees either side of a Sinead Aherne free to leave three points between the sides as half time approached, but Lauren Magee made it 2-5 to 1-4 at the interval.

When play resumed, Dublin got off to a dream start as substitute Siobhan Killeen finished to the net. After Caoimhe O’Connor twice came close, Dublin upped the gears and hit 1-6 without reply to kill off the game. Nolan, Hetherton, Tyrrell and Rowe were all on target. It was Rowe who grabbed her side’s fourth goal just before the water break.

Maria Delahunty did convert all four of Waterford’s remaining scores, three of them off the ground but it was Dublin who finished the stronger with Hetherton and the industrious O’Connor hitting the net to ensure Dublin a spot in the knockout stages.