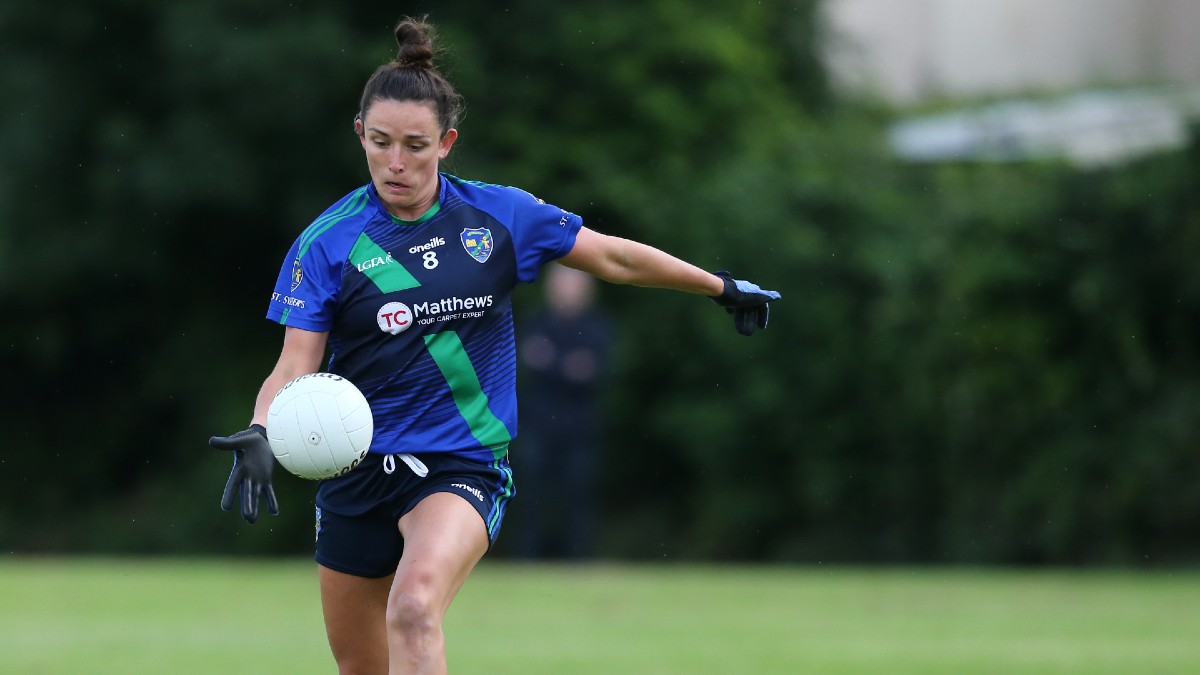 Former All-Ireland winner Niamh McEvoy has not made any decision on her future with Dublin as she focuses on her club and their county final this weekend.

The 31-year-old will be one of the driving forces in a strong St Sylvester’s attacking unit against Castleknock on Sunday in the Dublin Go-Ahead intermediate football final.

It will be the first ever championship meeting of the sides when they clash at St. Margaret’s GAA club and McEvoy is concentrating on that for now and will address her county commitments down the line.

“I’m not 100 percent sure. It got really busy with the club season. I haven’t had a chance to talk to Mick Bohan or even think about that at all,” said McEvoy.

“It’s a big decision and I am playing with Dublin for a long, long time. There is a lot that goes into it. I would need to sit down with Mick and have a chat.

“I have retired from AFL, I only played two seasons. I am not going back. It’s not something I regret either because I am really, really enjoying my club. I’m at the stage of my career where I really want to give something back to my club as well.

“The main focus at the minute is just the club so I don’t know.”

But after a disappointing All-Ireland final defeat at the hands of Meath, she returned to club action alongside a number of her county teammates.

“Sinead Aherne had a really good performance and knocked in three goals in the semi-final on Sunday, she is absolutely flying,” said McEvoy.

“All of the girls who are back down from Dublin playing with the club are really enjoying it; Sinead, Kate Sullivan and Nicole Owens, it’s great.

“But the club girls have put in a huge effort this year too. We were struggling in the last two years. But some of those girls really rallied together to get a core group together.

“That is why we are in a position like this now, the commitment of those girls. It was great to come back this year to a group with a real focus.”

St Sylvester’s were dumped out of the Dublin senior championship last year but they have looked to bounce back under new manager Anthony Cooke.

There are plenty of unknowns coming into this game against Castleknock and McEvoy thinks they could be in for a really tough outing.

“We don’t know a huge amount about them, which obviously will create some nerves,” said McEvoy.

“It is hard to go in against a team like that. But we are really looking forward to it. We have a new manager this year. He has put really good structures in place, most importantly given everyone distinct roles. Everyone is aware of what is expected of them.

“There is a great buzz around the group and we are just focusing on ourselves. Our expectations are all just around what we can bring and getting a performance on the day.”