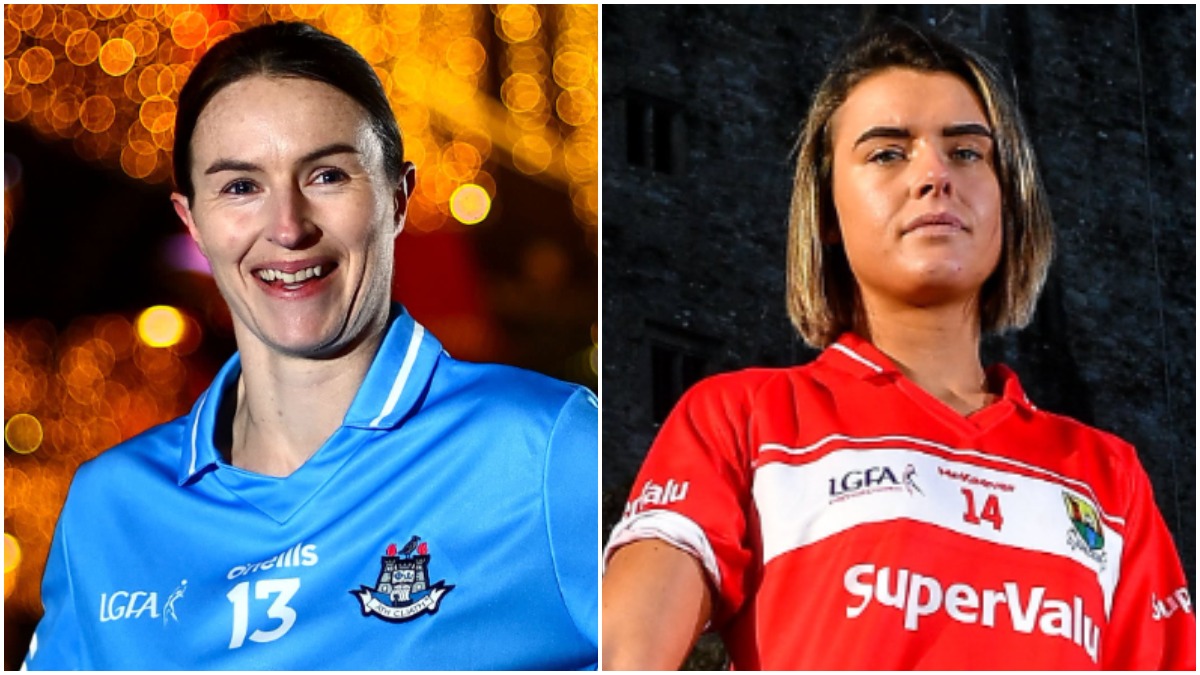 The 2020 TG4 All-Ireland Intermediate and Senior Ladies Football Championship Finals will bring the curtain down on Croke Park’s inter-county playing year on Sunday.

There’s a tasty double-header down for decision at GAA HQ – the second being the Senior Final between Cork and four-in-a-row chasing Dublin at 3.30pm.

Both games are live on TG4 and available worldwide on the TG4 Player: http://bit.ly/37oJ7a1

All will be revealed at Croke Park on Sunday afternoon, as the two counties contest the 2020 TG4 All-Ireland Senior Championship Final.

Dublin are aiming for a fifth title in all (2010 was their breakthrough success), while Cork were winners 11 times between 2005 and 2016.

Between them, Cork and Dublin have carved up the last 15 All-Ireland Senior title wins – and that run will extend to 16 as the old rivals lock horns once again on the big day.

Dublin finally broke that hoodoo with a 2018 Final victory over the Leesiders, and followed up with another notable Croke Park success last year, when the Sky Blues won the clash between the counties at the semi-final stage.

Both sides have shown good form en route to another Final meeting. Cork scored a crucial group victory over Munster rivals Kerry to kick-start their campaign, before Áine Terry O’Sullivan’s hat-trick of goals helped Ephie Fitzgerald’s side to a 7-9 to 2-6 win against Cavan, to book a slot in the semi-finals.

At Croke Park last time out, Cork went through the gears against Galway, nine points from Orla Finn, and goals from Ciara O’Sullivan and Melissa Duggan sending them through to the Final.

In total, Cork have had nine different scorers in Championship 2020, collecting a total of 10-40, and conceding 2-33 along the way.

Dublin, in contrast, have bagged 5-43 in their three matches to date, while conceding 6-28, three of those goals against Armagh in the recent semi-final.

Dublin’s 3-13, including 2-4 for Carla Rowe, was good enough for victory against the Orchard County, who deposited 3-8 at Kingspan Breffni.

That five-point winning margin was Dublin’s biggest in the Championship, as they got past Donegal in the opening round by three, before seeing off Waterford by four.

Dublin have the ability, however, to contribute scores from so many areas of the pitch, with 15 different players on the scoreboard over the course of three games.

It was Dublin’s ability to score goals – two of them – that proved the difference at Croke Park in the 2019 semi-final.

Cork, with ten green flags to date, will feel that they will need to get more on Sunday in an attempt to topple the Champions.

Just two counties in the history of the Senior Championship have claimed four successive titles during winning runs – Cork and Kerry – and Dublin, appearing in a seventh straight Final, have the chance to join that elite band.

There’s one change for Dublin from the semi-final victory over Armagh – with Niamh McEvoy replacing Sarah McCaffrey.

Cork are unchanged from the team that accounted for Galway at the semi-final stage.