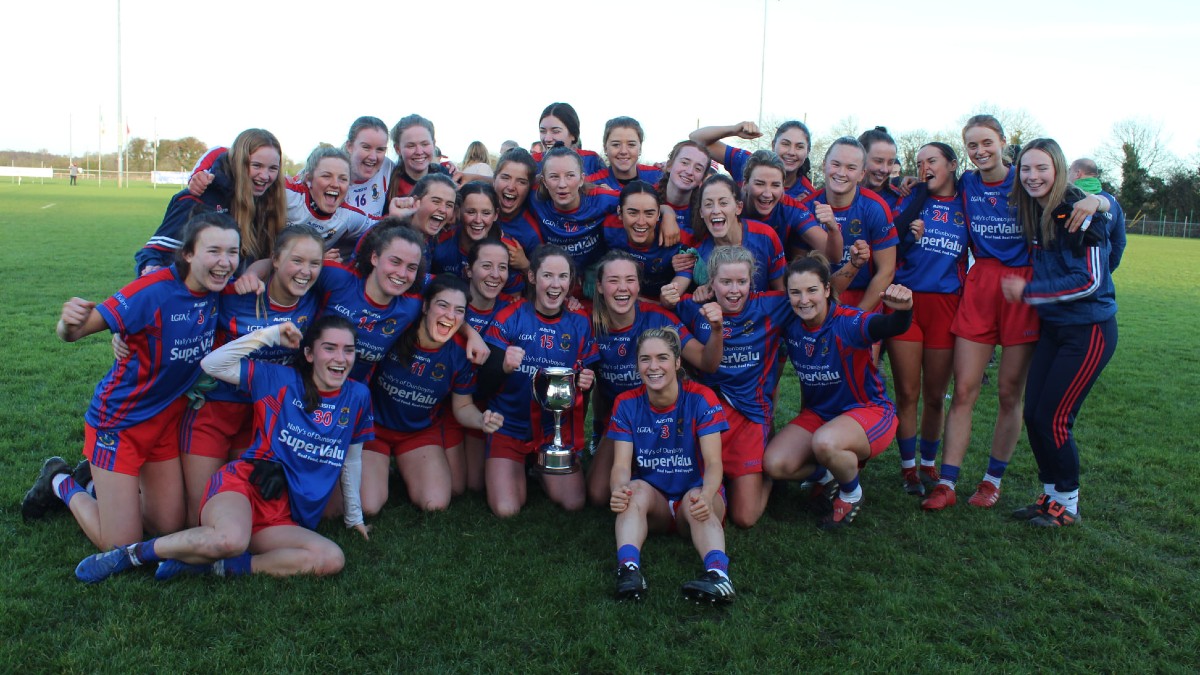 Second half goals from Fiona O’Neill and Shelly Melia were crucial as Dunboyne landed their first Leinster Senior Club title in Kinnegad on Sunday. Vikki Wall was a powerhouse in the centre of the field, hitting four points over the contest against six time reigning champions Foxrock Cabinteely and deservedly picking up the Player of the Match.

The game got off to a quick start with Vikki Wall grabbing her side’s opening score in the first minute. However, the reigning champions enjoyed more of the possession and with Ciara O’Riordan and Jodi Egan getting on the scoreboard early, Alan McNally’s side took a one point lead into the water break (0-03 to 0-02) despite losing Niamh Collins to the sin bin.

Both sides tested out the respective keepers early on and Alison O’Sullivan and Aisling Tarpey both proved solid on their lines.

A brace of Emma Duggan frees levelled the game on 25 minutes, however the Dublin champions finished the half with aplomb – Andrea Murphy pointing before turning provider when she found Katie McNally. The corner forward rattled the Dunboyne net to ensure FoxCab led by 1-05 to 0-04 at the break.

Dunboyne pressed up on the FoxCab defence in the second half and they were duly rewarded as they hit 1-05 unanswered. Vikki Wall (2) and Saoirse Quinn pointed to reduce Dunboyne’s deficit to one. FoxCab lost Sinead Loughran to the sin bin and Dunboyne pressed on taking the lead through their captain, Fiona O’Neill who netted superbly before adding a further point.

Substitute Hannah O’Neill did grab a second goal for FoxCab to leave the minimum between the sides once more, but Dunboyne responded quickly with points from Vikki Wall and Emma Duggan. Jodi Egan converted three successive frees late on, but a second goal from Shelly Melia ensured the Bill Daly Trophy heads to the Royal County for the first time since Seneschalstown were crowned Leinster champions back in 2003.