FOOTBALL: Fuel for success – The Big Interview with Clare Farrell of Longford 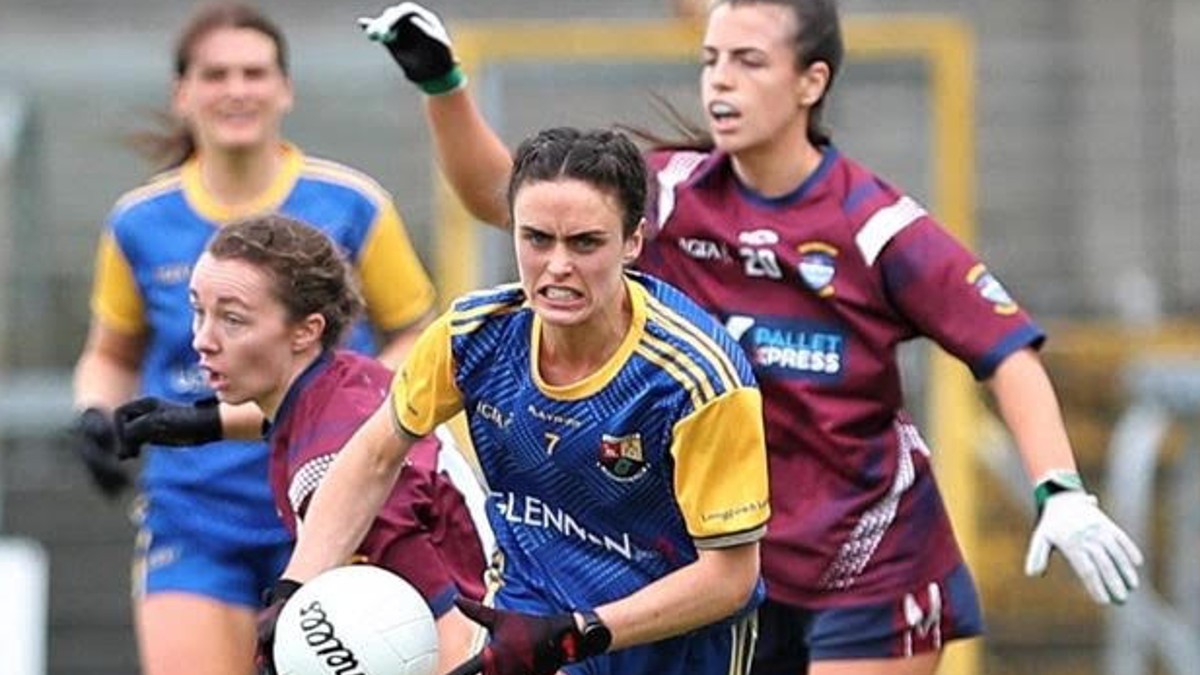 Clare Farrell had her first away day experience as Munster Rugby’s Performance Nutritionist at Sandy Park in Exeter last weekend and it was a baptism of fire for the Longford Ladies footballer.

“I thought it was going to be grand but it was actually manic. I look back on the day and I think what was I even doing but I never stopped,” said Farrell.
Munster travelled to the home of former European Champions Cup winners, Exeter Chiefs, in a pre-season tie on Saturday.

It was a 23-man squad and as a result Farrell had to put together 46 water and Powerade bottles with numbers on each, to correlate with the numbers of the players’ jerseys.

She got to the stadium early to prepare the changing rooms for the players. Some players have different requirements on matchday; whether it’s a certain flavour of gel, a dilution of Powerade, some like caffeine, while others like electrolytes of different flavours. All of which are labelled.

She sets the schedule with players requiring different nutrition at different times, be it pre-match or half-time. And then she puts together the nutrition table.

A number of players are heavy sweaters and they may require dioralytes, everyone has their own requirement.

If a player comes off early during the game they will need a milk drink or snack, something to get the recovery started as soon as possible.

It’s the constant rough and tumble of week-on-week rugby and Farrell cannot wait to get started into her first full season when Munster take to the field against Cell C Sharks next Saturday in the new United Rugby Championship.

“I am buzzing for it because even when I got back from Exeter it really hit home, this is why I do what I do. It’s so busy but so enjoyable,” said Farrell.

“It’s when you get that win and you see the lads perform in the match, you think this is why we do what we do.”

Feeding beefed up professional rugby players is a far cry from the Lismullen Cookery Competition. But ever since Farrell and her cousin Ruth Kiernan took home first prize in that Transition Year contest she had a taste for the big time.

Nutrition was a constant throughout her education and she studied that in her undergrad at UCD, while she travelled to California in her third year. It was the day after Longford beat Antrim in the TG4 All-Ireland Intermediate Championship final in 2016 that Farrell headed for the USA’s west coast.

But with so many sporting ties along with the requests from sportspeople looking for help and advice, Farrell decided she would go down the sports nutrition route.

In 2019 Farrell went to Loughborough University in Leicestershire where she studied a Masters in Sports and Exercise Nutrition.

She worked with British triathletes in Loughborough, which is one of the bases for the English Institute of Sport, and that gave her a grounding for working one-on-one with top level athletes.

When Covid-19 struck she came home to Ireland and started working remotely with West Ham United Women’s FC in September 2020. That was a gateway to her roles as a Performance Nutritionist with Longford Ladies, Longford U-20s and Munster Rugby.

“The massive difference with Munster is I’m on site with them, it’s during the day it’s not just an evening session where I come to and I have 30 minutes with the guys before and after training,” said Farrell.

“A big part of my role with Munster is keeping the guys fed. I would be in charge of all of the food coming in at breakfast time, at lunches. I’d do up menus and put in weekly food orders, I’d change up the variation of the different lunches available. I’d be developing recipes and menus.”

Farrell gets extra brownie points from the players when Frank’s Hot Sauce is in plentiful supply and Ballymaloe Relish is another favourite. The players are all coffee-lovers too while a few even reckon they could be successful baristas.

“I sit down with players one-to-one and depending on their goals and what they want to work on, I have follow-up check-ins with them. It’s handy because it’s a good way of building rapport and a relationship,” said Farrell.

Pre-season is a hectic time for the players and the Performance Nutritionist, Farrell is often left chasing a certain few around Munster’s High Performance Centre in UL in order to take skin fold readings.

Farrell is also UKAD certified meaning, UK Anti-Doping. Any practitioner working in sport should have that cert to promote clean sport.

“When I compare that with what I do with Longford Ladies, my role there is diluted in the fact I am a player as well,” said Farrell.

“It was a struggle to find a balance, how can I support the girls as much as possible but focus on my own game and training? We didn’t want it taking away from my training and my game.

“I wasn’t doing the body comp testing or hydration side of things. It was built on group support through nutrition education, we did cook-alongs for example.

“We have a group chat for nutrition and I get the girls to take out a few players and share an example of their pre-match meal and recovery meal.

We learn from each other. It’s more so getting people to share stuff and hold them accountable that way.

“Usually I would sort the matchday snacks, the training, recovery snacks, the water bottles, I’d do all that stuff, but the management are brilliant. They said no, you’re a player, you’ve enough to be sorting out. We’ll do all that.

“That takes a massive pressure off me, as a player on matchday I don’t want to have to worry about all of that stuff.”