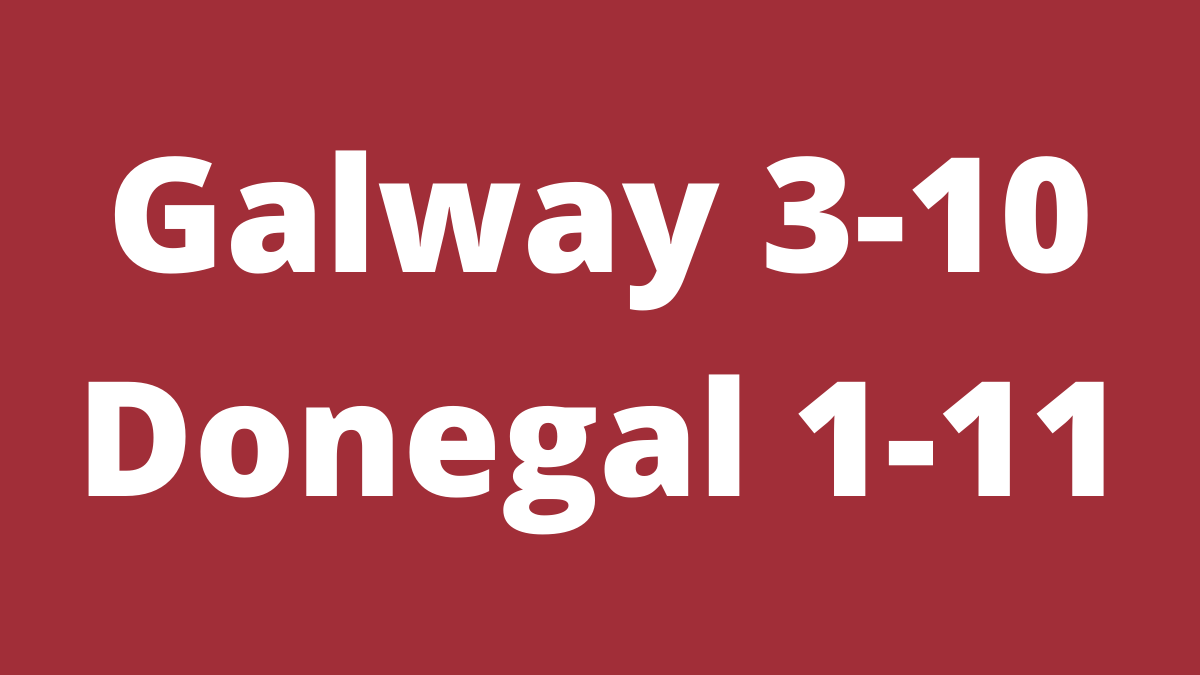 A scarcely believable two-minute spell right at the start of the second half delivered three Galway goals against Donegal at Markievicz Park to seal the Connacht side’s place in the last eight of the TG4 All-Ireland Senior Championship.

Donegal looked reasonably comfortable at the break, leading 1-6 to 0-4 but Galway lit the blue touch paper when Nicola Ward grabbed a goal from the first attack of the second half to get Galway going.

That, though, wasn’t even half the story as Ailish Morrissey, only on since half time, grabbed another Galway goal having pushed up on Donegal, who were struggling to get downfield.

Then, a third goal arrived with the clock at 31:51. Morrissey slammed into an empty net from Megan Glynn’s pass and it was 3-4 to 1-6. Suddenly, from four down Galway were five up and in control and by the three-quarter mark were 3-8 to 1-10 in front, and from there they closed out the win.

But it could all have been so different for Donegal. It was Maxi Curran’s side that dominated the opening exchanges, and they raced into a deserved early lead.

Katy Herron blasted home an 11th minute goal, finishing off a move that saw Karen Guthrie provide the assist following Geraldine McLaughlin’s ball inside, which gave Donegal a 1-2 to 0-2 lead.

Olivia Divilly scored two points for Galway in the second quarter, as did Guthrie for Donegal which maintained the five-point gap all the way to the interval, with the Ulster side 1-6 to 0-4 in the ascendency.

When Galway manager Gerry Fahy threw Morrissey on at half-time and went for broke, he didn’t think he’d be picking up the dividends before the money had left his account. That’s exactly what happened, though.

Ward’s goal was followed by the double strike by Morrissey in the space of a minute, and from that point on Galway never trailed.

Donegal continued to battle though, with Geraldine McLaughlin adding to her tally, but when Niamh McLaughlin, the Donegal captain, did get a sight at goal she was unfortunate to rattle the crossbar and Galway held on to win and seal their passage.

Donegal take on Kerry next weekend in Tuam, where Curran’s team know now it’s win or bust. A second win of the competition sees Galway safely into the quarter finals.