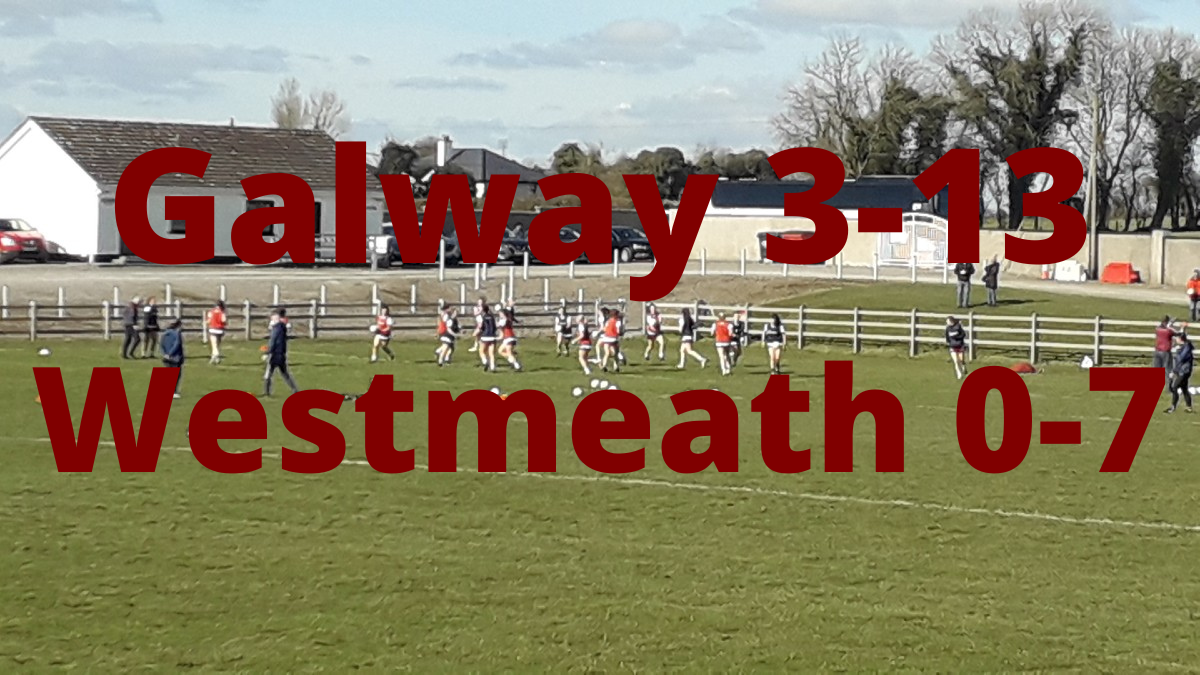 Tracey Leonard made a major impact on her Galway return as three goals in the final ten minutes gave them a 15-point victory over Westmeath in the Lidl National Football League.

Galway held an 0-8 to 0-6 advantage when the former captain made her introduction on 43 minutes and immediately set up Corofin clubmate Leanne Coen for a point.

Galway were now turning the screw and with Andrea Trill, Ailbhe Davoren and Darina Keane converted for the visitors. They were 0-12 to 0-6 clear with 10 minutes remaining in Moate.

And when Charlotte Cooney reacted to a poor kick-out afterwards, she finished for the first goal, setting up the vital win to ensure their survival. Meanwhile Westmeath go into the relegation play-off against Waterford next weekend.

Sarah Ni Loingsigh added a point but on 56 minutes, an inspirational move from Leonard saw her pick out Aoife O’Rourke.  And she in turn set up Trill who booted to the net.

Chloe Kelly had registered Westmeath’s final point beforehand but as they pushed forward for a consolation goal, Michael Finneran’s team left gaps in defence and a long ball to Leonard in the final minute saw her one-on-one with the defence, finishing for the third goal and a comfortable win.

It could have been so different at the start as these two teams battled to avoid the relegation decider. Westmeath had two goal chances, with Karen Hegarty rattling the crossbar, but only managed an Anna Jones free.

That was the last time the Lakesiders led as the next four points went Galway’s way through Trill (two), Charlotte Cooney and Linda Booth. A Jones free on 22 minutes broke Westmeath’s scoring drought but points for Keane and Seoighe gave Galway a 0-7 to 0-3 interval lead.

The sun graced Hogan Park on an ideal spring afternoon for football and Westmeath’s chances were looking brighter when Dillon (two) and Ashley Ruane brought them back to 0-7 to 0-6 on 40 minutes but their challenge faded.

Finally, Darren got the thoughts of Westmeath manager Michael Finneran.