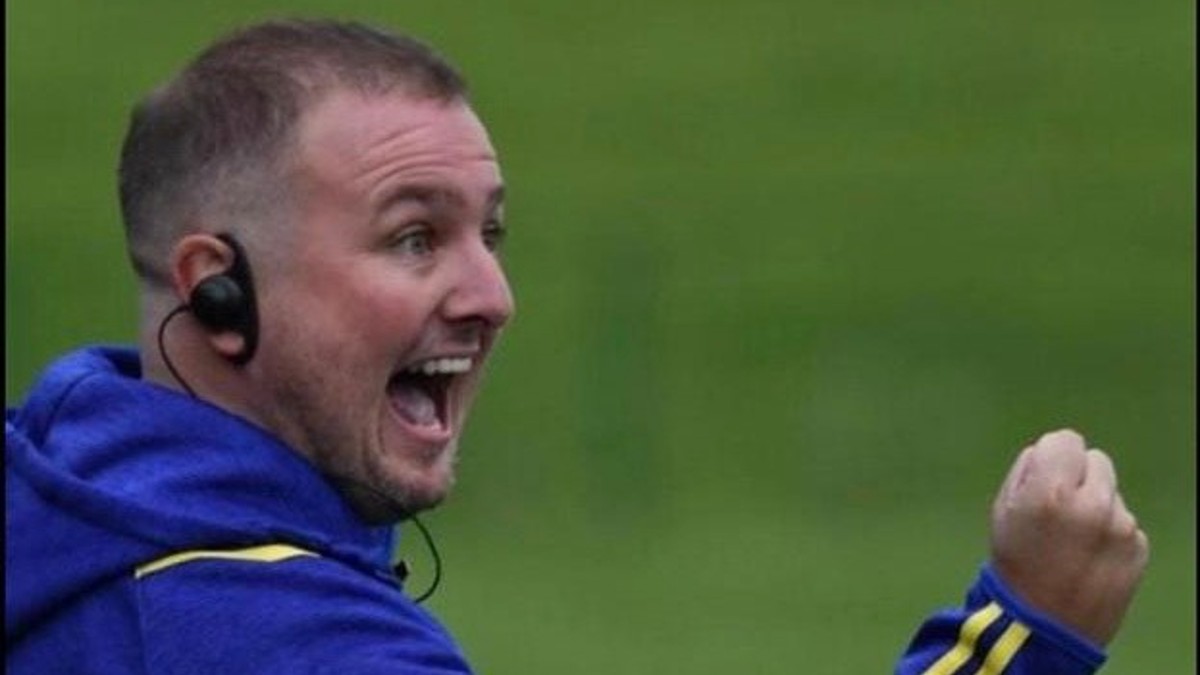 ADVICE will come in time but new Down manager Ronan McCartan has already learned so much from Meath legend Sean Boylan.

Both were involved in Down’s brilliant run to an All-Ireland U20 semi-final but the Ballymartin native says he hasn’t fully tapped into the greatest resource of all, just yet.

“He hasn’t offered me any advice yet but I will be definitely be seeing him when I get back,” said McCartan.

“I will be speaking to him as much as I can in the next 12 months. He is definitely somebody you like to bounce ideas off and get ideas on how to work things.”

McCartan was a coach under Conor Laverty earlier this year, while Boylan acted as more of an advisor behind the scenes.

Boylan’s record with the Royals will likely never be matched; he helped them claim four All-Ireland titles in his 23 years in charge, along with eight provincial titles and three National Leagues.

Boylan was a huge asset for Laverty and his backroom team to call upon while Down fought their way to a first Ulster title at that level since 2009 with an extra-time victory over Monaghan.

They eventually succumbed to defeat against Roscommon in the All-Ireland semi-final but the Down players had grown massively in Boylan’s presence.

“When Sean speaks you couldn’t not be fascinated. The way he speaks to players, the way he is with other members of the management. He is just a gentleman from start to finish,” said McCartan.

“You often hear about people like that, then you see them and they just mirror everything you have heard, Sean would be one of them. Conor Laverty has got a massive future in Gaelic football, he will go to the very top. But even he picks up an awful lot from Sean, just the way he carries himself.

“Players love him. Everybody who is around loves him and you couldn’t not. Sean is 71 this year and he would have driven to the far end of Down from Meath two or three times a week for us. When you see somebody like that from the commitment end and trying to help our group, you couldn’t not feel so much affection for him.

“The players, no matter whether we went for a challenge game or where we trained, everybody just took to him. Nobody had a bad word to say about him, no matter who you come across. Players loved him, he would come there and he had his moments with us and it was just fantastic to learn from him, just how to carry yourself really.”

McCartan (38), who is still learning his trade, used his time alongside Boylan wisely. His words of wisdom didn’t fall on deaf ears.

“He would be great. Sometimes there he would have said some things to me as well which made me sort of take stock. I just found myself, that you will play for a manager or a coach if you feel respected,” said McCartan.

“That is probably something you would like to do, create an environment where your players can be open with you, or your players can actually come and speak to you. They actually feel valued when they come to training.

“Something like a wee hello or how are you doing, can go a long way when someone has had a bad day and they come up to training not feeling to themselves. Having those connections with players are invaluable.”

Considering he is still so young, McCartan already has an extensive managerial and coaching CV, which included a stint with the Down Ladies, when he worked alongside Ryan McShane.

His most recent job only ended last weekend when he guided Saul to their first ever win and safety in the Down Senior Football Championship.

Saul beat Rostrevor 1-13 to 2-9 in Castlewellan on Sunday, it was a year after their brilliant intermediate championship success, again under the tutelage of McCartan.

But he moves onto pastures new now and taking the reins of the Down Ladies footballers in a big step forward for his career.

“It would be something, I managed the Ladies in the club and I had a brief stint with the Down Ladies in 2017 for a year, I was in as coach. I just felt I had unfinished business that I would like to finish the job,” said McCartan.

“I am just really excited now to get working with the girls. They are going through their championship now. I am getting around to see them. There is an awful lot of quality in Down. I am just honoured to be able to actually take control of them. We will be really working hard to try and get the best out of the group.”

2021 was an indifferent year for Down, they finished third in Division 3 North of the Lidl National Football League, missing out on the chance at promotion but also staving off relegation.

They finished top of Group 4 in the TG4 All-Ireland Intermediate Championship, however they came unstuck and lost 1-11 to 2-6 against eventual finalists, Wexford, in the quarter-finals.

The highlight of the summer was when Down were crowned Ulster intermediate champions after a brilliant 2-10 to 2-7 victory over Fermanagh at Páirc Esler in Newry on 26 June.

That win could provide the foundations for a big season ahead but McCartan knows he needs to hit the ground running.

“It’s going to be hard work, I know, but it’s something we will aspire to, to try and get the girls as high up the rankings in the league this year, and see if we can get closer to the promotion side of it,” said McCartan.