FOOTBALL: “Her pace is something else but she has that finishing quality as well” – Anthony Cooke 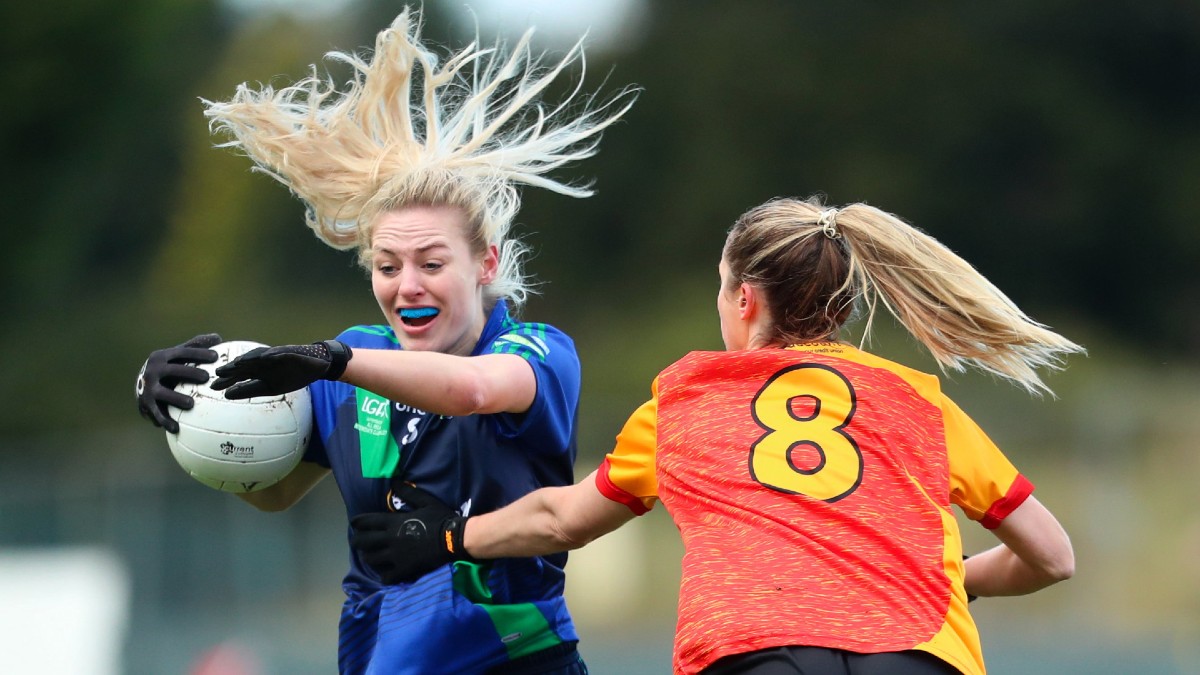 St Sylvester’s manager Anthony Cooke praised the heroics of Dublin star Kate Sullivan after her early goal paved the way for a first ever currentaccount.ie All-Ireland Intermediate title for the club.

Sullivan broke from midfield to finish the crucial score after just ten seconds, and despite a battling display in the second half from Castlebar Mitchels, it was St Sylvester’s who were crowned champions at Duggan Park in Ballinasloe.

“Hopefully, we’ll see a lot of her in the Dublin jersey this season, she’s been in and out of the team the last few years, since she’s come back into the club this year she’s just been phenomenal.

To be honest, it wasn’t something we’d worked on but Kate obviously won that throw.”

St Sylvester’s were brilliant right from the off, and Sullivan finished low to Fiona McLoughlin’s bottom right corner.

A couple of Dublin teammates, Nicole Owens and Sinéad Aherne piled on the pressure, and St Sylvester’s were 1-2 to 0-0 in front at the water break.

But Grainne Flynn (two) and Kathryn Sullivan fired back and just the goal separated the sides at the half-time interval where St Sylvester’s were 1-3 to 0-3 ahead.

Both of these teams were featuring in their first All-Ireland final and Calstebar were looking to become the first Mayo team to ever win this crown, it was the team from the west that began the second half better.

Laura Brody scored in the 32nd minute but Dublin captain Aherne settled her side again and they were 1-4 to 0-6 ahead at the last water break.

Grainne Flynn did draw the sides level with nine minutes of normal time remaining but Aherne and Niamh Harney sealed the win for St Sylvester’s.

“I felt we had it there when we drew level seven each after being four points down at one stage from that start which we knew they’d do. When you lose that narrow it’s heartbreaking.

“We were playing the All-Ireland champions today.”