FOOTBALL: ‘I bring the phone to training and give it to one of the boys on the sideline. If the phone rings they call me over. If there’s an emergency I have to go’ – Evelyn McGinley 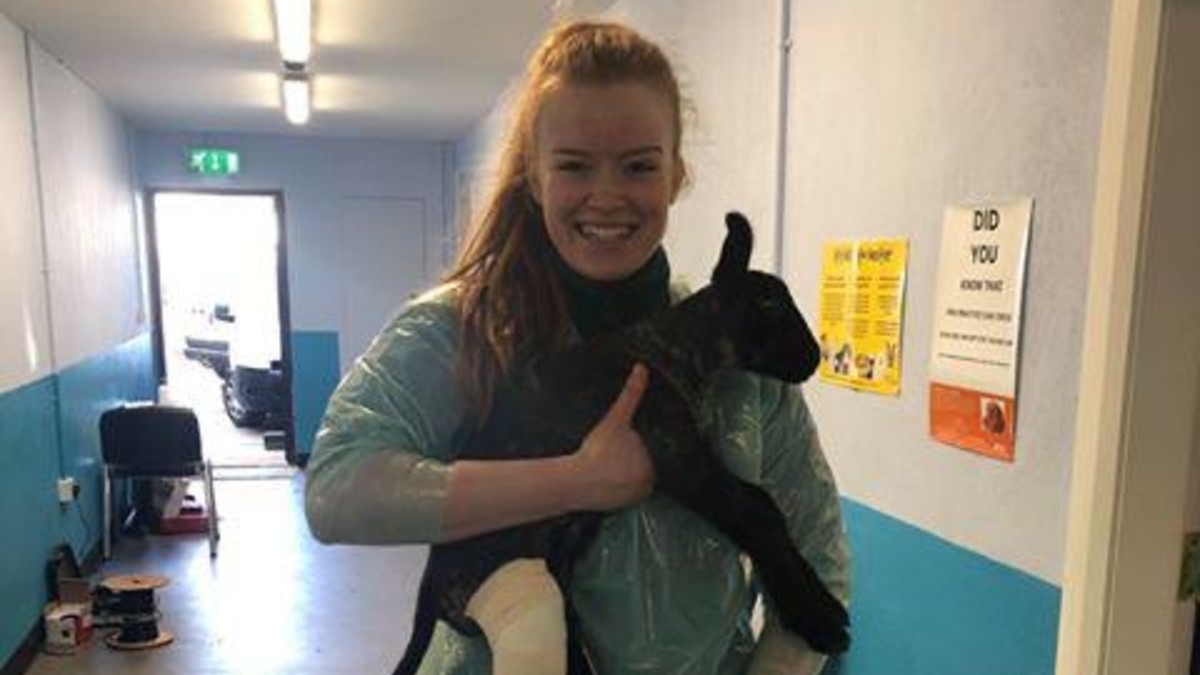 Evelyn McGinley is dedicated to Donegal football – but she knows that if her phone rings during training, she may have to dash off because a cow is calving or a ewe is lambing and her skills as a vet are urgently required.

It’s not easy mixing the life of a country vet and an inter-county football career but the 26-year-old revels in all of the challenges and wouldn’t have it any other way.

It helps that Donegal manager Maxi Curran is understanding and appreciates that the versatile defender is not in a standard 9 to 5 job and that the vagaries of animal life don’t always rhyme with the demands of an elite athlete.

Aside from the routine demands, the vet is on call a couple of nights a week and one weekend in every three, but she’s able to juggle the demands and this weekend the top priority is today’s (SATURDAY) Lidl National Football League Division 1 semi-final showdown against Cork at Tuam Stadium.

“Since as long as I can remember I wanted to be a vet. I just wanted to help animals,” said McGinley.

“I know that’s very cringe but you do veterinary for your love of animals and not for anything else.”

The love is the driving force as she navigates a tricky schedule in the coming weeks.

At 26, she is entering her prime years as a footballer, but having returned to the game late, she still has plenty to give.

Yet the Termon star is never too far removed from Mulroy Veterinary in Milford, even when she gets the chance to lace up her football boots.

“It is very hard to juggle both, especially at county level. I struggle and all of the girls would be laughing because I’m never on time to training. The nature of the job means you can’t,” said McGinley.

“It is really hard but it’s good that Maxi Curran understands. If you had a really tough manager that wanted you to be there exactly on time it wouldn’t be manageable. He does give me a bit of leeway.

“As a vet, you have to do your time. I was trying to get cover the last day but my boss was away for the weekend. I had to go to a match and chance that I didn’t get any calls or hopefully I could put them back until after the game.

“That is the way I work, even with training. I bring the phone and give it to one of the boys on the sideline. If the phone rings they call me over and I have to answer it. If there’s an emergency I have to go.

“You could get a call to a calving and you have to go. If it’s a sick dog you might be able to put it back until afterwards. You weigh up if it’s an emergency.

“During Spring, it’s all lambings and calvings so I have to go.”

Having grown up on the family farm in Creeslough, just to the south of Dunfanaghy, McGinley was always going to be passionate about animals.

She has a horse called Lady, a dog, Glen, and a cat known as Mini, while the farm is stocked with cattle and sheep.

Her love for sport, and Ladies football in particular, came and went throughout the years.

“I started at U-10 and I didn’t want to play football at the very start,” said McGinley.

“You are playing with all the boys. You were the only girl. But I remember mom pushing me out the door.”

Nevertheless, McGinley’s talents were noticed early and she represented Donegal at U-14 and U-16 level.

And while she stepped away from playing football competitively for a number of years, her younger brother Ciaran also went on to play for the county at underage level.

Evelyn dipped her toes back in, winning an All-Ireland with Donegal at U-21 level, but with veterinary on the horizon, she placed her focus behind her studies.

She went to UCD and although she wasn’t ready for the full commitment of a return to football at the top level, she opted for the university’s second string.

“I took a few years out because with college it was a tough course,” said McGinley.

“I just joined the seconds and played for a bit of fun. Then in my last year of college I decided to go back to county.

“I remember Maxi asked me the year before that. But with placement during the summer I wasn’t going to be able to give it all. I didn’t know about travelling up and down.

“But I liked playing football. The other club I was with, for years people wouldn’t be turning up to training, it would be one or two games a year. I just took a notion then to go back.

“Maxi asked me the following year. I knew during the summer I would be finished college so I would be able to. That is why I went back.”

McGinley transferred from St Michael’s to Termon, the year they made it all the way to an Ulster final only to lose out to Monaghan’s Donaghmoyne.

Playing alongside the likes of Geraldine and Niamh McLaughlin and Emer Gallagher gave McGinley her taste for the Donegal set-up.

Niamh McLaughlin has been made captain this year and McGinley is thrilled to see her clubmate leading the county going forward.

“Niamh would drive us on. She would always be correcting and keeping you going even during a game,” said McGinley.

“If you did something wrong she would tell you how to do it better. Always encouraging, never putting you down. It’s great.”

Maxi Curran’s charges are in the middle of a really positive Lidl National Football League campaign, where they hammered Galway last weekend.

And the TG4 All-Ireland championship remains an even bigger goal after the disappointment of missing out on the knockout stages in the condensed format last year.

McGinley will take a month out to coincide with that when it gets into full swing. But, for now, she needs to figure out her own timetable.

“I do have spare time outside of work and football, where I would meet up with my friends. I have a horse too, we have a wee horse-riding club. We meet up and go for a gallop on the beach,” said McGinley.

“But as a vet, our busiest time is during March, April and May. Last year would have been my first year working the Springtime. You didn’t really have anything going on with football so it kind of worked out.

“I take it as it comes but at the end of June I am taking a break for a month. I will try and focus on football a wee bit then.

“It is more for me, I want to play football and I don’t have many years left.”