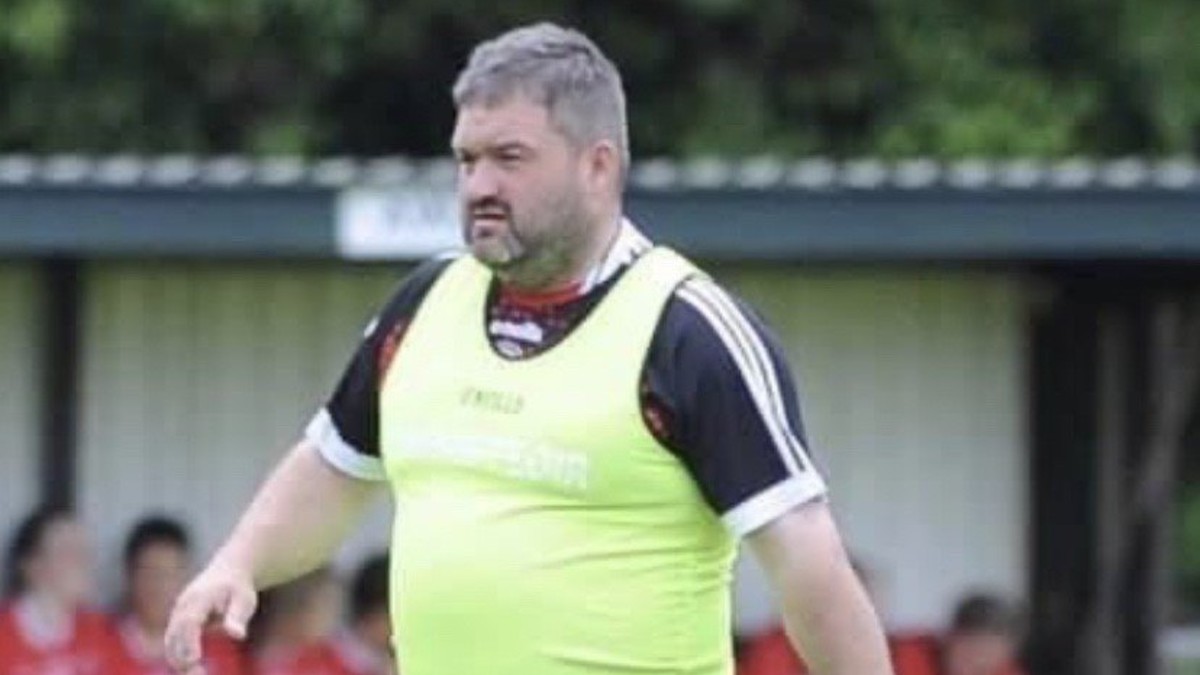 Seventeen years on from his first shot at senior inter-county management, new Tyrone boss Kevin McCrystal says he is thrilled to get the chance to manage the Red Hands once again.

Still only 40 years old, McCrystal has stepped into the breach following Gerry Moane’s stint in charge of the county, but an in-depth knowledge of development and underage players in the county has armed the Charraig Mhór club man for another crack at the role.

Currently managing a Senior county squad of a staggering 71 players, the scale of the job clearly doesn’t unnerve McCrystal, but he is certainly focused on unearthing every single eligible and talented footballer in the county.

“Listen, we started off with 116 girls when we came in,” said McCrystal, who has spent the last three years in charge of the Tyrone underage academy.

“We have 71 girls now in the Senior squad at the minute. They are doing their own stuff.

“Any girls that wants to step away for whatever reason, or if they don’t make the panel, I personally will be contacting them directly, telling them that they haven’t made the panel and that the door will be left open.

“Maybe they’d have to work on their fitness or their skills, but that door will always be left open. Whenever they are coming back, that door will be open for three years.”

Managing such a huge Senior panel may seem like a momentous challenge, but it’s small fry for McCrystal. Manager of the U14 All-Ireland Gold Championship winning side in 2019, he had 253 players under his guidance. Another U15 development squad featured 118 players.

“It was a big challenge but I listened a lot to William Harmon [LGFA National Development Officer] and his philosophy and the way the LGFA would have liked to run it. I respected his attitudes in what we were doing.

“We never turned any girls away. We had 253 girls that did the U13 development. For 12 weeks I never sent anybody home, no matter their skill level, I kept them all from the very first to last day. Then I passed them over to be picked for the U14 squad.

“Previously, in an U15 development squad you’d have been lucky to get 15 or 16 girls picked the day before, but we got good coaches involved, people that wanted to go and watch games, we went and looked for them rather than them looking for us.

“We tried to bring a bit of fun into it, for girls to come up and enjoy themselves. If we get beat we get beat; it’s not about winning all the time.

“From U15 to U17s two years ago, we had 118 girls when we started. People fade away, they have exams and things, but we brought nearly 50 girls to Abbotstown to the U17s Academy blitz day. We had them for nine weeks and we didn’t care what their football ability was, we gave every girl football that day.

“We got into that All-Ireland Final in Abbotstown, but it didn’t matter what your capability was, we gave those girls belief that they were good enough to be given the chance to.

“From that 71 in our current Senior panel, there is 13 or 14 girls from that U17 squad coming through. It’s brilliant.”

The player development strategy is very clear in the county: invite every interested player in for a trial, provide them with elite coaching and give them all fair game time. How that transfers to the Senior team under McCrystal will be very interesting in the seasons to come, but it’s not as if he was starting from scratch either.

Under Moane, Tyrone won the 2018 TG4 All-Ireland Intermediate Championship, and have the benefit of two seasons as a Senior team behind them. The 2020 Championship was a big disappointment for the county, and their 12-point loss to Armagh was followed by a 25-point trimming by Mayo. The new manager knows there is plenty of work to be done.

“There has been hurt that they took three heavy defeats, from Armagh in the Ulster Championship, and then Armagh again in the All-Ireland (series) and then Mayo. But they didn’t become a bad team overnight just because they were beaten.

“They were in real good shape going into the national league with Gerry (Moane) and Barry (Grimes) and they were going well. Covid meant no football and that set them back, but I think the girls have learned that they didn’t do their own work in the background. Football came back fairly quickly and they weren’t ready for it.

“It’s a big jump from Intermediate to Senior but now they have to work on that, which we have done. Knowing that heartbreak is important. You nearly have to know the ins and outs of Senior and learn from it. The girls from 2020 squad will have learned a lot and where they weren’t at. They have seen that level now and they know they have to get up to it.

“But as the manager I can’t ask any more from the squad that’s in there and the work they are doing right now. They are doing everything we asked – they are actually going overboard.

“We are just really looking forward to getting back to the field and getting going. With this week’s announcement we will be back on that date, and we’ll be ready to go and ready to rock and roll.”