FOOTBALL: “I knew the last two weeks that there was something clicking in training” – Mark Murnaghan 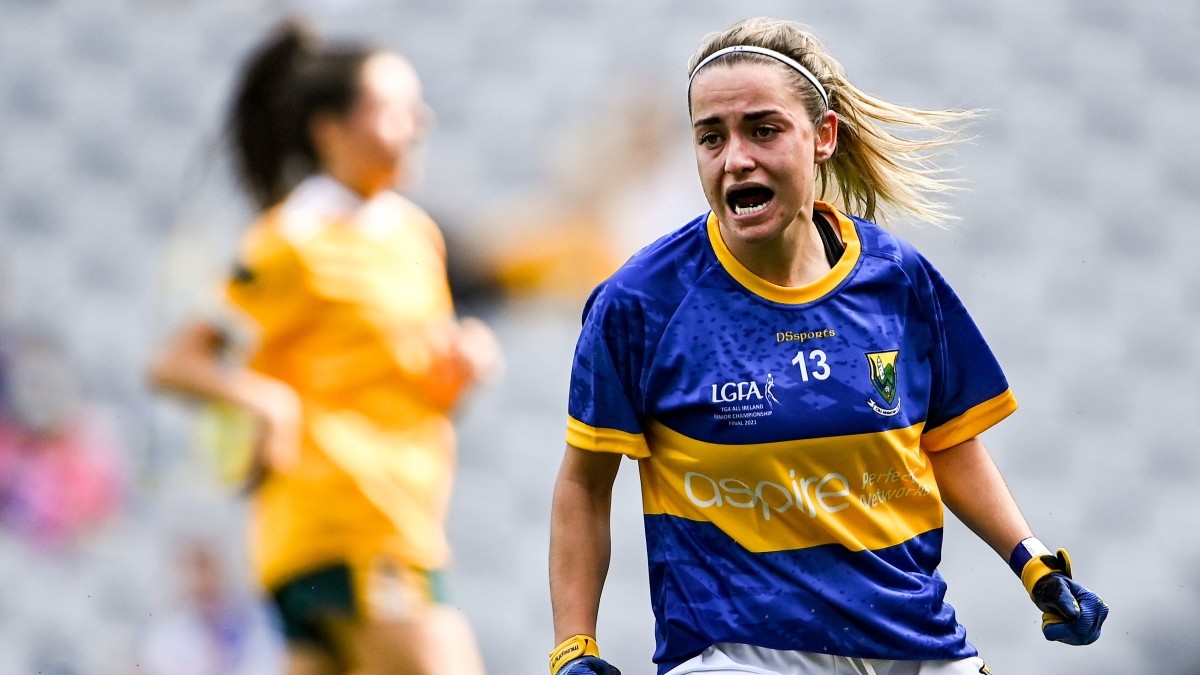 Wicklow manager Mark Murnaghan rejoiced in the collective effort of his side after they defeated Antrim to claim the TG4 All-Ireland Junior Championship at Croke Park.

The Garden County lifted the West County Hotel Cup for the first time since 2011 and as a result they will play in the Intermediate ranks next season.

Meadhbh Deeney and Clodagh Fox scored the vital goals and Wicklow had enough in the tank to stave off a mini revival after Gráinne McLaughlin scored Antrim’s second half goal.

“I knew the last two weeks that there was something clicking in training and I was hoping for that big performance that we’ve been teasing to give all year,” said Murnaghan.

“Today they gave it and I am absolutely over the moon that it all came together, two years of hard work and the players stood up and showed the whole country how good they are as a team.

“Obviously with Covid and all that there was a few ups and downs. I am absolutely delighted for the players themselves they are after being knocked down so many times. They felt like everything was going against them.

“They are the best bunch of players I’ve ever worked with.”

Wicklow were devastated to lose last year’s final to Fermanagh, but they put that behind them and took a 0-10 to 0-3 half-time lead here.

Wicklow laid the foundations early and were 0-6 to 0-1 in front by the water break. Deeney opened the scoring in the fourth minute and she doubled her tally with Marie Kealy also helping herself to a couple. McLaughlin provided the reprieve for Antrim but they were in trouble.

Catherine Dempsey scored on the resumption and despite two McLaughlin efforts, Antrim trailed by seven at the half-time break.

Fox gave Wicklow the ideal start to the second half when she found the net inside the opening minute and Wicklow held a 1-15 to 0-5 lead at the second water break.

Antrim have now lost two Junior finals in their last two appearances at Croke Park – they were beaten in 2016 too – while their wait for a win goes back to 2012.

“First half we didn’t perform at all. It just seemed like they hadn’t woke up, second half they came out and put a bit of heart and pride into the jersey,” said Antrim manager Emma Kelly.

“We were putting on 16- and 17-year-olds and that just shows the young squad we have. We stepped in six months ago to transition and progress and to get here was a bonus.

“We will take the pain and hurt from today and just go and hopefully get back next year to right our wrongs.”