FOOTBALL: “I know some of them are coming to the end, but what a tool kit they’re passing on to the next group” – Mick Bohan 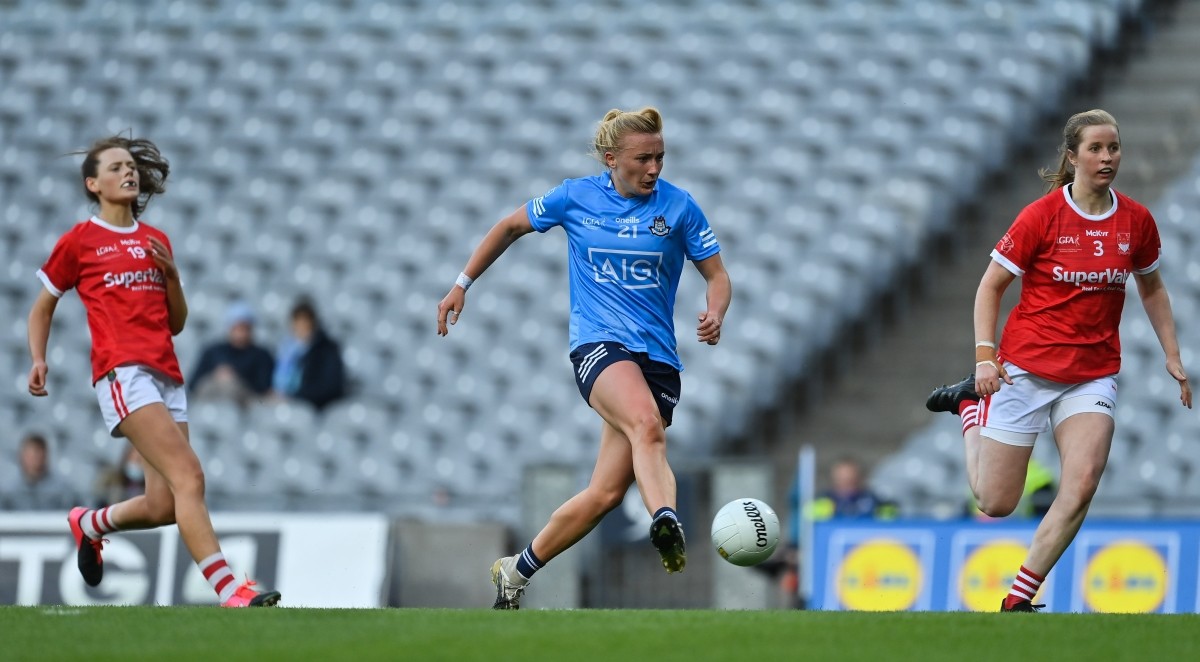 Dublin manager Mick Bohan praised the influence of his more experienced players as they secured their second Lidl National Football League Division 1 title with a second Croke Park Final victory over Cork in the space of six months.

One third of Dublin’s starting side was aged 21 or under, including first-half goal scorer Niamh Heatherton and 18-year-old goalkeeper Abby Sheils, and Bohan put their rapid progression down to the example set by his well decorated stars.

Captain Sinéad Aherne looks back to her best in her 19th inter-county season and she scored five points, while recent returnee Hannah Tyrrell excelled once again, backing up her 2-7 haul against Cork in the round robin stages, with a seven-point tally at the weekend.

“I’m hugely proud of the older group in our squad. At this stage, from a coaching capacity, we’ve handed over a lot of the batons to them. I know some of them are coming to the end, but what a tool kit they’re passing on to the next group,” said Bohan, whose side immediately turn their focus to the defence of their TG4 Senior All-Ireland Championship.

“I certainly know as a parent, if I had young girls involved at this level, listening to the likes of Sinead Aherne, Siobhan McGrath or Lyndsey Davey, or Goldie [Sinead Goldrick] or all these people, that’s exactly where I’d want them.”

With Orla Finn in top scoring form at the other end, Cork kept pace with Dublin in the early stages, and took the lead when Libby Coppinger palmed the ball to the net in the tenth minute.

That advantage was short lived though, when Heatherton beat Róisín Phelan to the ball, spun quickly and drilled an unstoppable shot past Cork captain Martina O’Brien.

With Tyrrell and Aherne sharing the free-taking duties Dublin built on their lead, while a couple of excellent Tyrrell points from play meant they were 1-10 to 1-6 ahead at half-time.

Driven on by the dynamic and powerful midfield partnership of Jennifer Dunne and Lauren Magee, Dublin kept Cork at arm’s length after the resumption, and although Finn continued to point efficiently and substitute Eimear Scally curled over a wonderful point, Dublin always had an answer, while Carla Rowe made certain of the win when she finished to the net ten minutes from time.

“We aimed to make it to the league final and we did. Dublin are All-Ireland champions for the last four years. We weren’t coming up thinking we were going to get anything easy here. We made a lot of mistakes again, but all you can do is learn from them and we hope to keep learning,” said Cork captain O’Brien.

“Championship in two weeks’ time, we’re now concentrated on Meath. We have to learn quickly. We’re just going to go back to the drawing board and start again.”