FOOTBALL: “I want you to mark Vikki Wall and she said bring it on” – Shane Ronayne 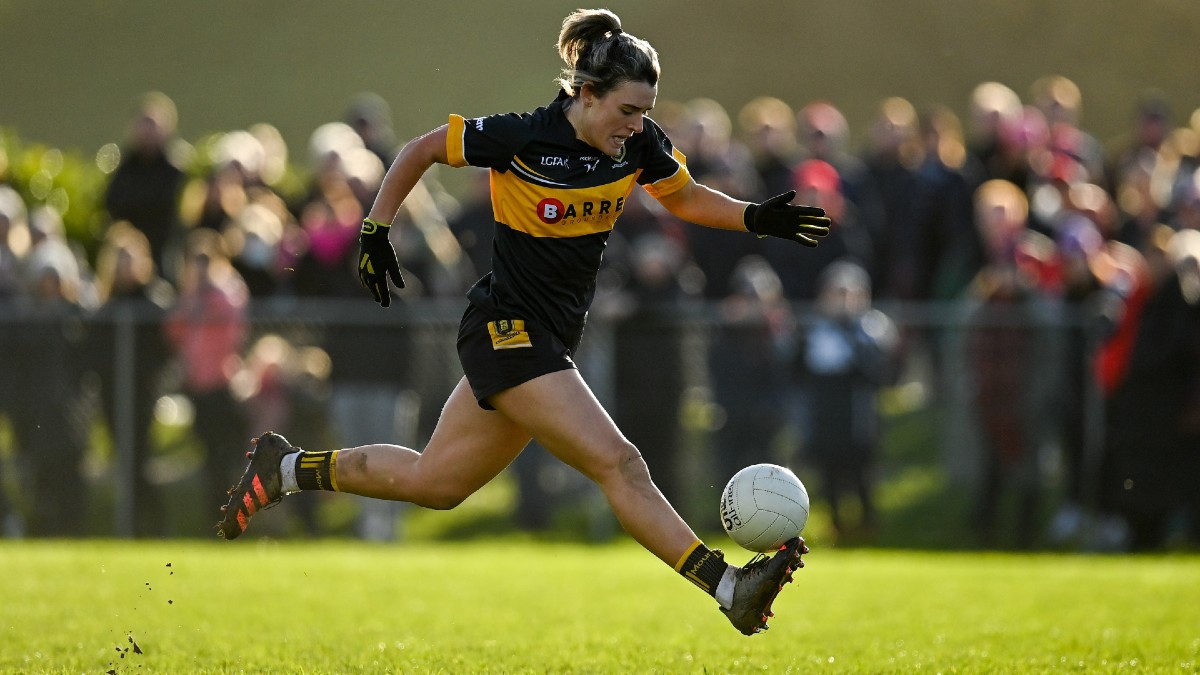 Mourneabbey manager Shane Ronayne reserved special praise for Eimear Meaney and Brid O’Sullivan as they silenced the Meath All Stars in opposition to help the reigning champions advance to another currentaccount.ie All-Ireland Senior final.

Mourneabbey scored 6-17, with Laura Fitzgerald (four) and Doireann O’Sullivan (two) finishing off the goals but it was the performances further back the field that drew more of the attention of their manager against Dunboyne.

Meaney had to put the shackles on All Star Royals forward Emma Duggan while Brid O’Sullivan was tasked with keeping the TG4 Senior Player of the Year Vikki Wall out of the game in Mourneabbey.

“On Wednesday I said to Brid O’Sullivan I have a job for you, I want you to mark Vikki Wall and she said bring it on.

“That confidence she had in herself was there to see and Eimear had five turnovers herself in the first half. Duggan and Wall are two of the best players in the country and we needed to dominate them and in fairness to the girls, they did that.”

The Cork champions, who were looking to reach their sixth final, were rampant in the first half and they were already 3-9 to 0-4 ahead going in at half-time.

Doireann O’Sullivan struck for two goals, she scored her first in the third minute and gave Mourneabbey a strong 2-3 to 0-1 lead when she fired home again six minutes later.

They were 2-5 to 0-4 ahead at the first water break and Fitzgerald netted to put them 14 points in front at the interval.

Mourneabbey scored 2-2 on the resumption with Fitzgerald on target twice and Dunboyne were unable to build anything meaningful up the other end.

Wall came deeper and deeper while Duggan did too but she had a few goal chances before the end that were foiled by Meabh O’Sullivan.

Fitzgerald scored her fourth goal and the Meath champions, and first time Leinster winners, were knocked out to the dismay of their manager Brendan Quinn.

“Mourneabbey were superb from start to finish. There probably wasn’t a position on the pitch where we won the battle. You have to give them huge credit for that,” said Quinn.

“They didn’t stop, they were relentless, and when they got their chances they sought out the goal opportunities very well.”