FOOTBALL: ‘I was heavily involved in coaching too in the club at home and I really enjoyed it, it’s definitely something I’ll go back to.’ – Waterford captain Mairéad Wall 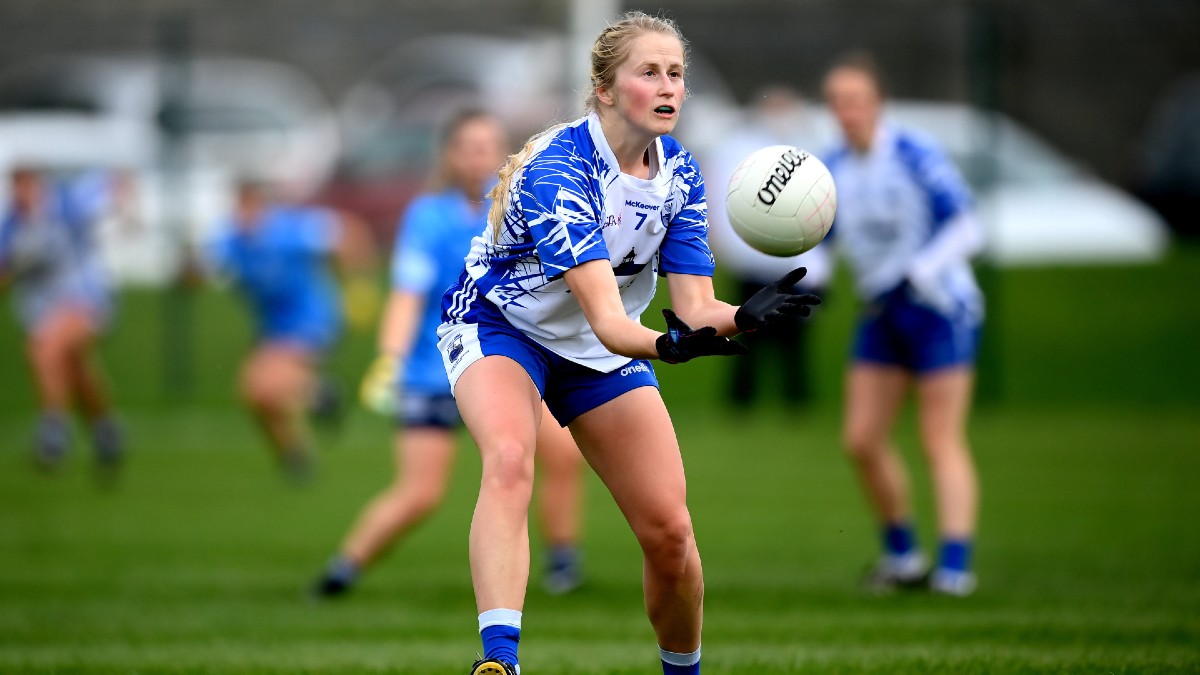 WATERFORD skipper Mairéad Wall has vowed that the Déise will tackle the challenge of champions Cork head on in tomorrow’s crucial Lidl National League Division 1B clash.

Both sides head for Fraher Field in contention for one of the coveted semi-final slots on offer – with all to be decided in a crucial round of group fixtures.

When news broke of the decision to split the 2021 Lidl National League Divisions by geography, it looked as if Tipperary and Waterford had drawn the short straw.

With just two semi-final slots there to be earned, they would have to knock over one of Cork or Dublin – the dominant forces in the game who between them have shared the last 16 TG4 All-Ireland Senior titles.

That wasn’t how it was perceived in the Waterford camp, however, where this League campaign was taken as an opportunity to play the best teams in the country, and hopefully to improve on the 2020 championship, where they were extremely competitive in their crucial round robin game against Dublin, eventually falling just four points short in Baltinglass.

A heavy defeat at Parnell Park a fortnight ago against the rampant Dubs knocked them back, but the train was put back on the rails in Clonmel a week ago against Tipperary.

And Wall is defiant ahead of a clash that sees so much at stake against old rivals Cork.

“Would I take a draw if I was offered it? No, we want to win the game and we feel we’re ready,” said the Ballymacarbry defender, who has taken on role of skipper this year.

“We weren’t unhappy with the draw for the league at all, if we’re going to have any chance in the championship, these are the type of games and the type of opposition that you need, just to see where we’re at.

“We did so well last year and genuinely, we felt we were well-prepared for the Dublin game, but obviously that didn’t go according to plan. Still, it was a great experience, we took a lot from it and you could see that in the Tipperary game, everything went well for us and I think now we’re ready to step it up to another level against Cork.”

Wall freely admits that she was deeply distraught following the defeat to Dublin last year, as she felt that a few small breaks could easily have changed the result and put them in a very different position. What she didn’t realise at the time, however, was that by running the eventual champions so close, they were sending out a signal to the rest of the county that the Waterford panel was the place to be – that they were in a good place to hunt for silverware in 2021.

“If we had tidied up a few things against Dublin, it could have been very different but we’re definitely stronger this year now, everyone that should be in the panel is here.

“Caoimhe McGrath, Maria Delahunty, Eimear Fennell, these girls are all back in, as well as a few new younger players as well, we’ve 34 in total now and we’re as strong as we’ve ever been. The management have left no stone unturned, we’re able to play games amongst ourselves at training and the standard is very high, so I’m really excited about the year ahead.”

Having made her championship debut in 2005, Wall could be forgiven for feeling the effects of a long career with the county, not to mention the minor matter of playing her club football with a side that this year will pursue their 40th consecutive county title, with the knock-on effect that she has played an incredible amount of club football into the winter months with Ballymacarbry.

On top of this, she is on her club committee, and normally would coach her students in Powerstown NS in Clonmel as well. Yet there is no evidence of saturation – if anything, a brief rest during the 2019 League proved to her that in the thick of the action is the only place to be.

“My sister Linda retired and she’s very happy to be retired, she was comfortable with the decision when she made it. She still came on as sub in last year’s county final (winning her 23rd county senior medal!) but afterwards she knew she was happy to be done.

“I’m sure the day will come for me too when my body tells me that this is too tough, that I start to struggle to keep up, but until then I certainly love it, I love everything about it.

“When I didn’t play during that 2019 league, I found it incredibly hard. Aileen (her younger sister) was leaving to go to games and I just really wanted to be out there, and by the final I was there with water bottles, anything to be part of it.

“I’m glad I took the break, I feel like it benefitted me, but now it’s just about drive on, be as strong as we can be, and see if we can get a win against Cork on Sunday and qualify for a semi-final.”

Even off the field, football is never far away from her thoughts. Growing up in a family where her parents nurtured the sporting passions of their daughters meant that she followed the exploits of Linda from a very young age, and even now, sharing a staff room with Aileen in a school right at the centre of the Tipperary-Waterford rivalry means that results like last week’s derby win continue to be a talking point.

“Myself and Aileen don’t just teach together in Clonmel, we’ll sit and each lunch together, we have mostly the same friends, and while not all of those are people from football, a good number of them would be club colleagues or whatever as well.

“I was heavily involved in coaching too in the club at home and I really enjoyed it, it’s definitely something I’ll go back to, but I hadn’t the time to fit it all in, the commitment is just huge, so I had to step away from something.

“This is the only life I’ve ever known, and it’s been great. There’s no camogie here in Ballymacarbry, football is just what you do, and it’s always been at the heart of the family, and when you’re looking forward to games like this weekend, at this time of year, there’s nothing you’d rather be doing.”