FOOTBALL: ‘I wasn’t sure if I’d ever get to play with the club again, you don’t know when your last game will be.’ – Down’s Clara Fitzpatrick 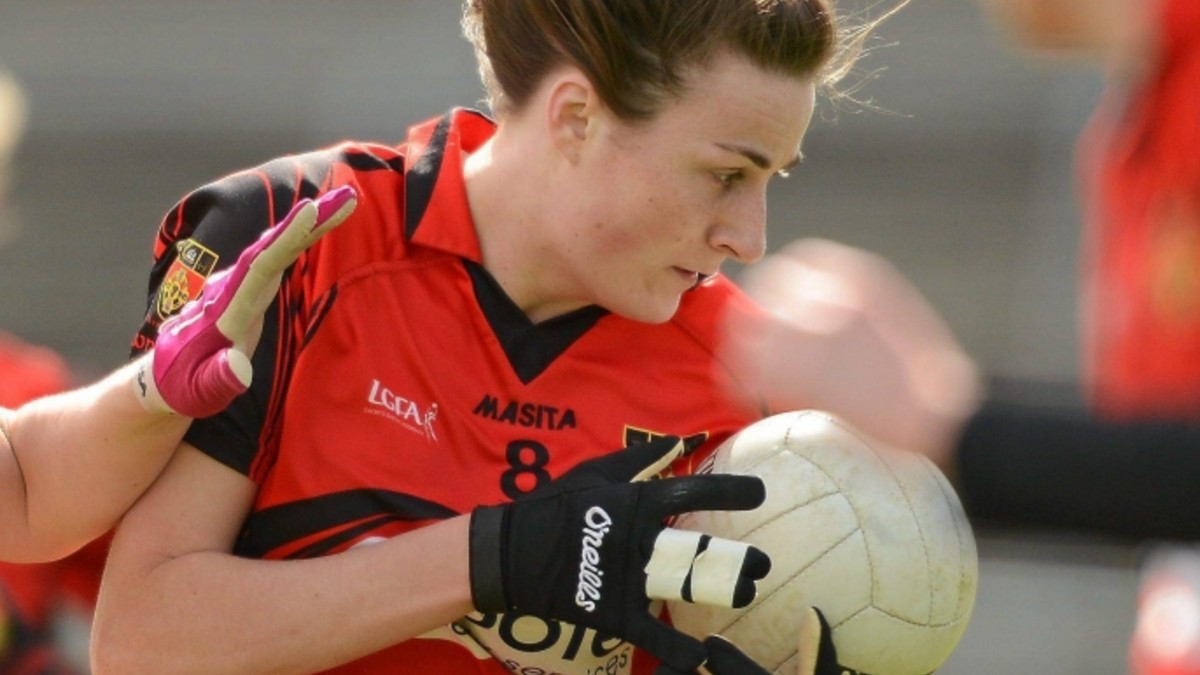 Exactly a year ago this week, Down footballer Clara Fitzpatrick packed up three-and-a-half years of her life in Australia and returned home.

And after breaking back into the county set-up straight away, she is aiming to help Down back to the Senior ranks again.

Having represented the Mourne County for a handful of years before she emigrated to Australia in 2016, Fitzpatrick (30) went on to play Australian Rules on a social and professional basis, before the Covid-19 outbreak proved to be the trigger to come back home.

She remains uncertain as to where her long term plans lie, but for now, she is determined to make the most of her second chance with Down.

“I was planning on coming home last May for a holiday, but with everything that was happening we just decided to up and go,” said the Bryansford club player.

“It was a bit chaotic, three and a half years wrapped up in three days. It was very much pack up and say your goodbyes.

“It was amazing to come home. I feel it was the right call. I wasn’t sure if I’d ever get to play with the club again, you don’t know when your last game will be or how many years you have left. Last summer was brilliant, to get that bit of football with the club and my old teammates. To be honest it was like I had never left, which is a good feeling.

“Just being close by with my family, that’s the big thing that Covid has shown us. Family means everything so to be at home with the family and friends, you can’t replace that.”

Since her return along with her travelling companions – sister Laura and friend Aoife – Fitzpatrick is back working in her local community. Her physiotherapy skills are in high demand, rehabbing patients in the community post-surgery, and she admits she’s delighted to be able to get out and meet people in such a draining lockdown.

Playing with the St Kilda club in Melbourne, Fitzpatrick had a very successful first season in the AFLW, but being unable to work in her trade under the strict sports visa restrictions meant she wasn’t in a position to play a second season.

“Most of the Irish girls go over on sports visas, but I had already been sponsored to work as a physio over there and I gave that up to go on the sports visa to play. I did give up a lot.

“Coming into the second year, St Kilda had offered me the sports visa to come back, but I wanted to have the opportunity to work as a physio and play so I applied for permanent residency. The Australian girls can both work and play, but because of our visas we were quite limited in what we could do.

“St Kilda were very good, they pushed hard for me to get an extension, but we had to call it by mid-November. They placed me on the inactive list as opposed to delisting me, with the expectation that I’ll be coming out to play next season.

“If it wasn’t for Covid I would still probably be in Australia. In an ideal world, the plan is to head back out in September or October, but with Covid everything is so unpredictable. With the way it’s gone it’s really hard to make any plans. I’ll see how things go over the next few months and play it by ear.

“To be honest I’ll be happy to play any sort of football this year. After the last couple of months there has been nothing in terms of collective sport, it’ll just be good to get out training and be able to play matches of any description again.”

After playing right through the underage grades for Down, Fitzpatrick made the step up to the Senior team at the turn of the last decade. She quickly nailed down her spot in the middle of the field, a role she returned to in the most recent championship.

A two-point defeat to eventual champions Meath spelled the end of their 2020 season, but she thinks the team has the potential to achieve great things under the management of Caoibhe Sloan and Peter Lynch.

“It was really good to be back involved. Peter and Caoibhe have been amazing for Down Ladies, they have an unreal set up. They have focused on the development of young players coming through. They set high standards; it’s an impressive set-up to walk in to.

“As a team we were a bit disappointed in the Meath game. Meath were very strong contenders and went on to do very well in the end up, but we just weren’t able to catch them and we lost by a point or two. We can just learn from them and we can push on and work on our weaker points in the game.”

Even though her exploits with the oval ball caught the eye in recent years, Fitzpatrick singles out her success when representing Australasia at the 2019 GAA World Games as her career highlight.

A serious knee injury denied her a chance to play in Down’s 2014 Intermediate All-Ireland success, but winning any title at Croke Park is hard to beat.

“I knew a few of the girls from playing college, county and provincial football over the years. It was pretty amazing, just a great experience from start to finish. To get the result we did was definitely one of the highlights in my life.”

Getting back to Croke Park and winning there with Down is priority number one now, she says.

“Collectively, the big goal will be to win the Intermediate title with Down. This Down team is a young team, we have some real young talent coming through.

“We want to become a Senior team in the next few years, we want to work our way into Division 2 and then Division 1. It will be a year of hard work and, individually, everyone has been fantastic over the lockdown. Once we get back on the field again it’ll be great to be able to do it together again.”