FOOTBALL: ‘I’d love a game of football right now. I’d love to be able to celebrate a win in the pub with a couple of songs.’ – Louth forward Niamh Rice 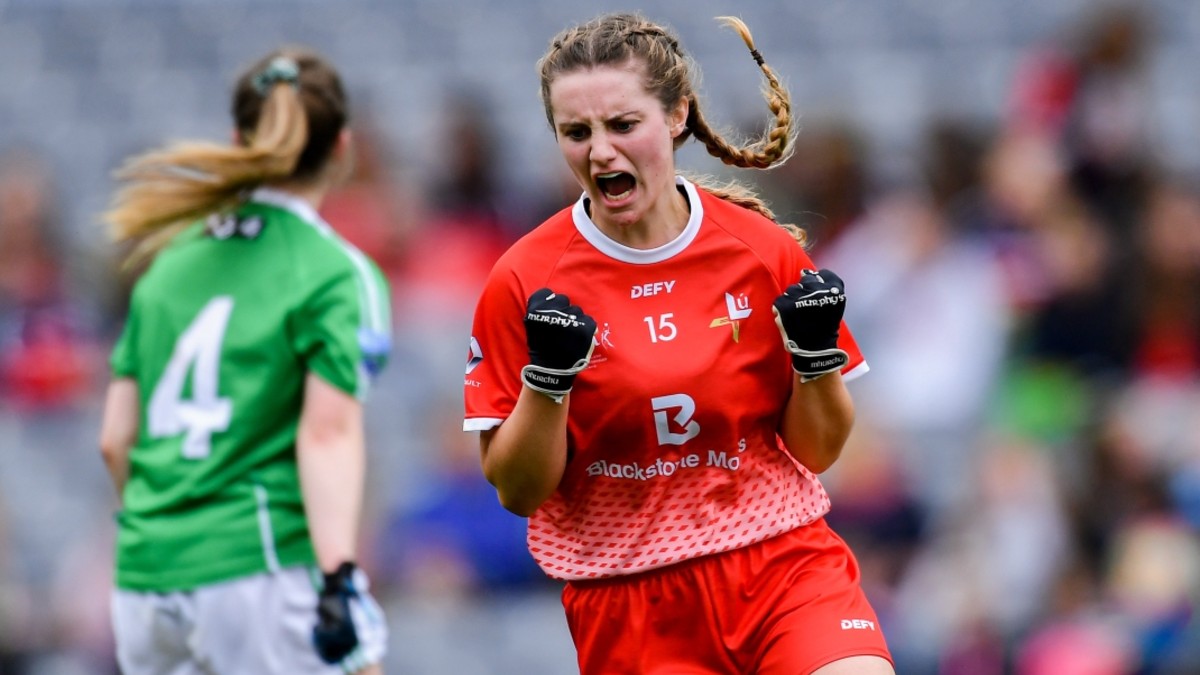 Delivering new-born calves and mucking out barns is quite the distance from a rock star lifestyle, but with her singing career on the back burner, Louth forward Niamh Rice is not afraid to get her hands dirty.

TG4 All-Ireland Junior champion with the Wee county in 2019, Rice and her teammates made an impressive graduation to Intermediate in 2020, but it was alongside her sister, Eibhlin, that the Rice Sisters found their voice.

Unfortunately for the talented Cooley Kickhams duo, after a breakout season on the music scene, their progress was halted by the Covid-19 outbreak, but Rice has been keeping busy nevertheless.

An agriculture student at DkIT in Dundalk, Niamh is in the middle of an eight-week work experience block at a local farm, and while the work is pretty tough, the lure of the spotlight and floodlights is keeping her motivated.

“Farm work is a lot more work than a lot of other jobs. My placement is on a dairy farm. It’s calving time so there is a lot of work to be done,” said 20-year-old Rice.

“I go in in the morning and I feed the calves. I clean out their houses and bedding. There is a bit of working with machinery too. Every day is flat out, just making sure the cows and calves are happy. With cows calving you have to keep your mind on it the whole time.”

The youngest of four Rice sisters, Niamh broke into the Louth team in 2018 after she finished her Leaving Certificate. That year, one of her sisters, Coirin, was sub goalkeeper on the team that lost the TG4 All-Ireland Junior Final, while Eibhlin had led the way almost a decade ago.

Niamh played wing back in 2018 and corner forward in the final a year later, when she scored an impressive 1-2 in a memorable team performance against Fermanagh. Her home club followed the 2018 loss by winning their first Senior County final, and it was during those celebrations that she got a taste for the stage.

“As a family, we’d be very close, especially because of the music side of things. Growing up, we’d always sing together. When we were younger, we’d be singing at mass and at weddings, but we took it a bit more seriously in the last couple of years.

“After we won our first Senior Championship in 2018, me and Eibhlin were both up singing at the celebrations. Afterwards, everyone was saying to us to go for it, so we piled a bit of money together, bought some music gear and it has been going seriously well since.

“We had been playing around the pubs in Cooley, and it is really enjoyable. I was never obsessed with going singing in the pub, but now this whole break from it has made me really, really miss it. Just the craic of it, the atmosphere of getting everybody going. I do really miss that.”

Without an audience to play to, the Rice Sisters used social media channels to air their artistic talents, but on the field, 2020 was a real success for Niamh. With her cousin Lauren Boyle in one corner and the talented Kate Flood playing at the edge of the square, Louth’s potent full-forward line soon found its feet.

Four wins from their four Lidl Division 4 games suggested promotion would finally come their way after 10 seasons in the bottom tier, only for Covid to stall that progress, but they showed their class with an impressive Championship win against Longford, before eventual finalists Westmeath ended their campaign.

Under Wayne Freeman, Rice says there is plenty to be excited about this year.

“It was a big step up. Coming in at the start of the year I didn’t know how it was going to fare out. I was looking at teams like Westmeath and Meath, I wasn’t too sure how’d we’d go.

“But we started off really well with the Division 4 league. Wayne seemed to just put a different twist on what Darren Bishop had built up. Darren’s training from the year before really stood to us.

“When we got back after the break, beating Longford in Clones, that was a real confidence boost. We did well against Westmeath too; there is no point in playing it down. We did do well, but we know we also have a lot to work on if we want to compete.

“This year we’ll definitely aim for a Division 4 title – that’s if it goes ahead. I think if we don’t get out of it this year it’ll be really difficult. Going on last year, we have a serious set up, we have minors coming in as well.

“I think we can definitely be competitive again in the Championship. I am not going to rule out getting as far as the final, but we’ll be aiming to move up another level this year, maybe win two pool games or three even.”

It may take some time before pubs can open their doors again to live music, and in the meantime the Rices are staying active. It’s two years since Cooley won the county title and that will be a target for the family this year, and if that goes well, Niamh reckons Eibhlin might force her way back on to the county stage too.

“Eibhlin had a great run with Louth, but she broke her wrist and needed a massive operation to sort it. She only really got back into playing over the last two or three years. I’d say soon enough she’ll be back up to her best and maybe making the county panel again. That’d be great.

“Me and Lauren Boyle are cousins, so it’s great to have her there. Claire Donnelly, she’s from Cooley too. It’s great to have people from your own club in with the county. As great as it is to make new friends, having that sort of comfort there would be great too.

“I have a quiet life in the last while, but thankfully football has been keeping me going. I’d love to be back out on the pitch. As fun as it is to be kicking a ball on your own, I’d love a game of football right now. I’d love to be able to celebrate a win in the pub with a couple of songs too.”