FOOTBALL: ‘If they are honest with themselves they wouldn’t have fulfilled their potential in the last number of years.’ – Sligo manager Anthony Brennan 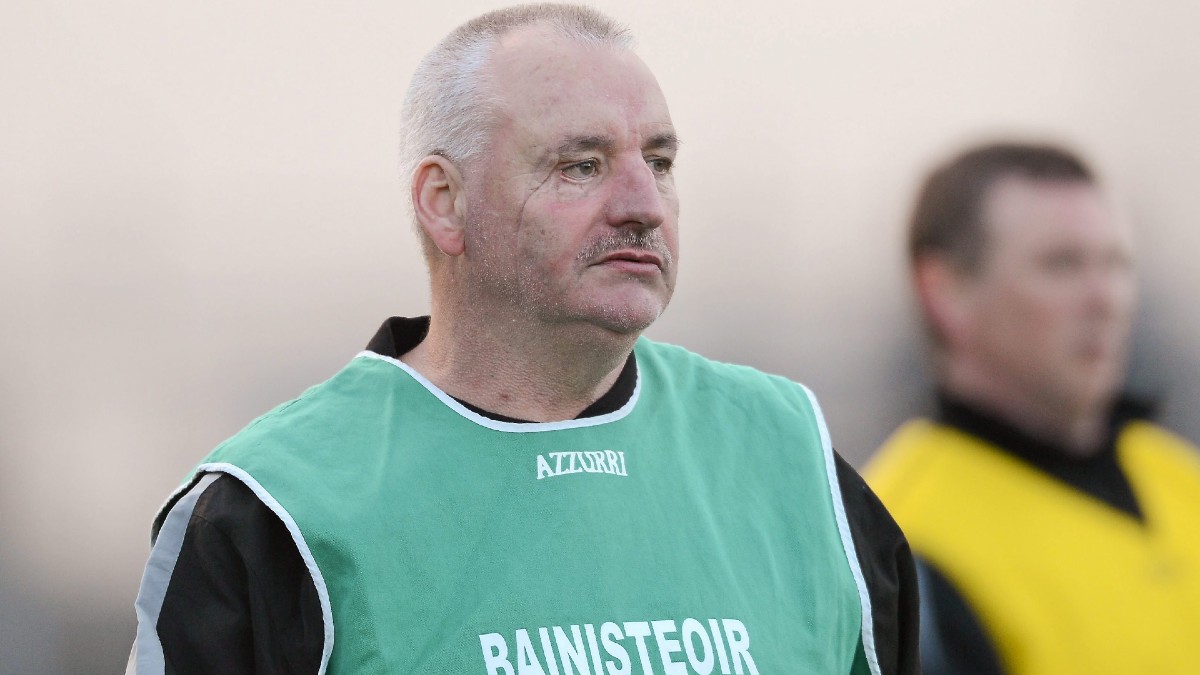 Let there be no debate: Sligo Ladies were the most fortunate team in football in 2020.

TG4 Intermediate Semi-finalists in the previous four years, Sligo lost all three of their Championship games and their five Lidl National Football League Division 3 outings. Across those eight games, their scoring difference was -127 points, including a cruel 7-18 to 0-2 loss to Clare in their final game of the season.

But with Covid-19 tearing through the country, the National Leagues were halted after five rounds, while the redrawn Championship structures meant there would be no relegation from the Senior or Intermediate competitions.

In the end the collateral damage was minimal, but new manager Anthony Brennan takes over a side with fragile self-belief and plenty to prove to themselves and their supporters.

Brennan’s daughter, Nicola, captained Sligo last year, and it was watching her team struggle that prompted the successful coach and manager to turn his focus from the men’s to the women’s game in 2021.

But there will be no sugar-coating the task from the straight-talking Brennan. He expects continued effort from his panel as well as a rapid improvement in their performances.

“They were very, very lucky last year. It was miraculous. They were going straight down to Division 4, that’s the reality. But I think the team should have been able to cope last year, even with the players that were missing,” said Brennan.

“It wasn’t a good year and there is no point making it sound any better. Realistically, with the panel that was there, it was unacceptable. I don’t want to lie for one minute, I’ll be telling the players that too. Those performances are not acceptable at this level.

“I would hope we can perform an awful lot better than that. I would be very disappointed if we couldn’t. I have a strong squad put together. We have about 35 in with us, but there will be another four or five more that I would be hoping will come in with us.

“But starting off, I really want to get the squad tied down early. Players can’t really be coming in in a few months’ time at the last minute. I want to work with a panel that’s going to be there all the time.

“At the minute there are three of our clubs still involved in the 2020 Connacht championships. St Nathy’s, Geevagh and Eoghan Rua are still going strong, but that competition has been delayed too. But we have players in from those three clubs and they have committed to us. In fairness, I am very happy with the amount of players coming in to put their hand up.”

The new manager is one of the most successful club managers in Sligo football in the last two decades. After a lengthy playing career that started as a 17-year-old representing the county at Minor, U21 and Senior in the same season, he retired from playing in 1994. His coaching career started off in Banada Abbey, while he has since managed his native Tourlestrane to two county titles.

Brennan repeated the feat with neighbours Curry, and Fr Manning Gaels in Longford, while his St Attracta’s school team won the All-Ireland B title in 2006.

After managing the county Minors and U21s, Brennan’s name has been linked with the Sligo men’s post over the years, but he was overlooked on a couple of occasions. With Nicola leading an unsteady Sligo ship in 2020, her father knew it was time to step up, but he remains uncertain whether their father-daughter relationship will transfer into a manager-captain partnership.

“We’ll see what the year brings, but we have no captain picked yet and there won’t be for a good while. Nicola was captain last year, but I wouldn’t think she’d hardly be jumping up and down with excitement with the way things panned out.

“To be fair to Nicola, last year she got the thin end of the wedge, in terms of Covid interrupting things and the panel. She worked hard last year in fairness.

“She is a very good player, but then there are an awful lot of good players in Sligo, who if they are honest with themselves wouldn’t have fulfilled their potential in the last number of years. That’s a personal thing as well as a team thing. That’s what you’d hope to see improving.”

Brennan was due to take charge of his first training session this week, but his patience will be tested in the coming weeks as Zoom communications will have to suffice. When the Lidl National League starts, Sligo will hope to get off to a good start in their abridged Division 3 competition, while the new boss wants his side to play without the worries of failure.

“You’d imagine we should be competitive at Division 3 level but only time will tell that. The hope is we are capable of holding our own in Division 3.

“With the League split on a geographical basis, you’d expect we will be matched up with Roscommon, Longford and Fermanagh, so all of those games will be competitive.

“The standard was very high in 2020. I have been involved in the men’s game for a very long time, but I think the game of Ladies football is a better product that the men’s game in a lot of ways.

“I’m not just saying that because I’m involved in it now. I know from a coaching perspective, I detest the negative side of things. Obviously you have to defend hard but the negative type of football that’s been played by a lot of the teams that are winning nothing is very disappointing.

“Ladies football is more open, it’s a very good product. In fairness the fitness levels of both Dublin and Cork in the All-Ireland Senior Final was excellent. Then look at Meath who won the Intermediate and Fermanagh in the Junior, they both set very high standards.

“Overall I’d hope that we would be competitive in the League and Championship. That’s what I hope for. That’s a long way off, but in a few months’ time when we get playing; we’ll know a lot more.”