FOOTBALL: “I’m emotionally drained but on a high” – Sean Finnegan 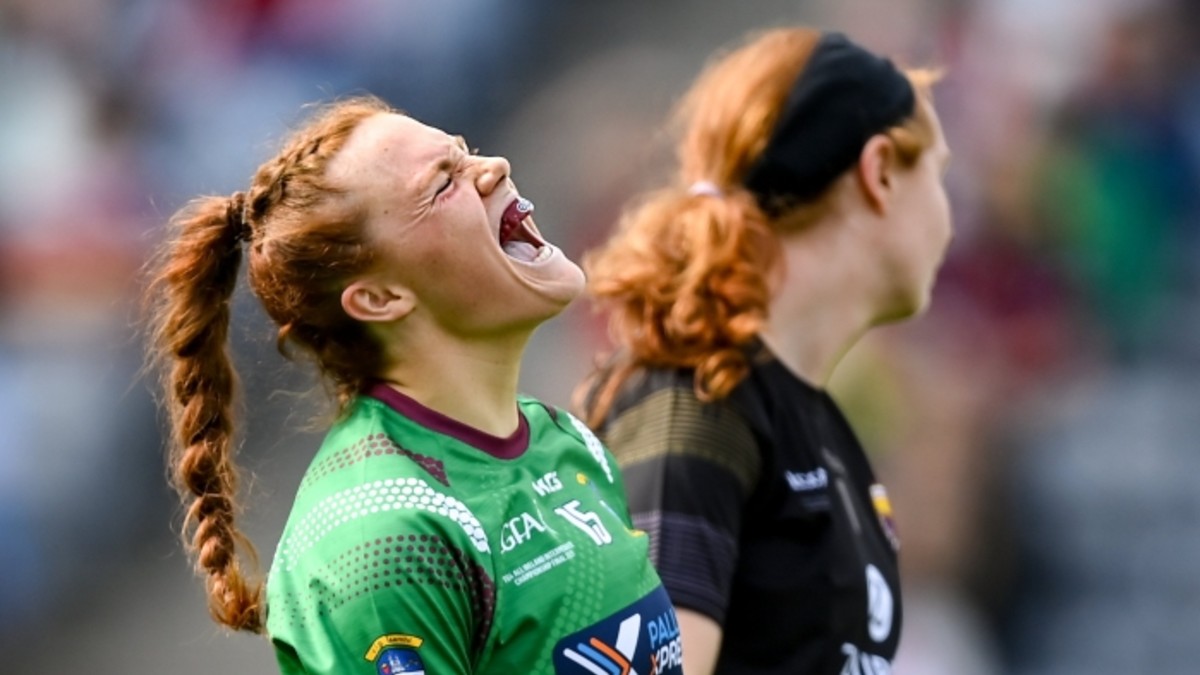 Westmeath manager Sean Finnegan said he was emotionally drained after his players put on a stellar display to beat Wexford and win the TG4 All-Ireland Intermediate Championship.

It was redemption for Westmeath a year after they lost to Meath in the same final, but this time round they too got to celebrate All-Ireland glory – just as their neighbours did on a sensational day in Croke Park.

Victory was secured in a much more straightforward manner for Finnegan’s side, however. Anna Jones and Sarah Dillon divided 2-12 between them, while Lucy McCartan and Leona Archibold also found the net en route to lifting the Mary Quinn Memorial Cup and returning to the Senior grade next season.

“I’m emotionally drained but on a high. Naturally winning an All-Ireland is the dream and the pinnacle of players, management, everybody. So I’m just on a high,” said Finnegan.

Westmeath were already 2-11 to 0-3 in front at half-time and Sarah Dillon scored the first three points of the second half before she added a deserved goal.

“Sarah is comfortably one of the best Ladies footballers in this country. She has had such hard luck in the last few years; two cruciates, two shoulder dislocations, she has never got a run,” said Finnegan.

“This year we got her fit, thanks be to God. She has transformed the team she is an absolutely magnificent footballer and she is only young. She is only going to get better, she is only coming into her prime now.

“If she stays injury free she will be a superstar.”

Wexford were Senior All-Ireland finalists three times during the 1980s and had won the Junior Championship more recently in 2011.

But Westmeath had the recent big-day experience coming into this game and took a 1-5 to 0-2 lead into the first water break. Archibold scored a penalty in the 16th minute after Sarah Dillon had been hauled down by Loren Doyle. McCartan blasted the second goal on the resumption and Westmeath were clear going in at half-time.

Sarah Dillon piled on the pressure again in the second half and the game was already beyond Wexford’s grasp when Sarah Dillon scored her deserved goal with 11 minutes remaining.

There was still time for Jones to score a fourth goal as Westmeath made amends for last year’s heartbreak.

“Sometimes you have to tip your hat, you are beaten by a better team,” said Wexford manager Lizzy Kent.

“We knew that today we would need to turn up we would need to get a really really good performance. We didn’t quite get that, particularly in the first half anyway, so we knew we were going to have a task on our hands with Westmeath.

“It’s a real learning for us, we didn’t come out of the blocks and Westmeath certainly did.”