FOOTBALL: In charge – The Big Interview with referee Lorraine O’Sullivan 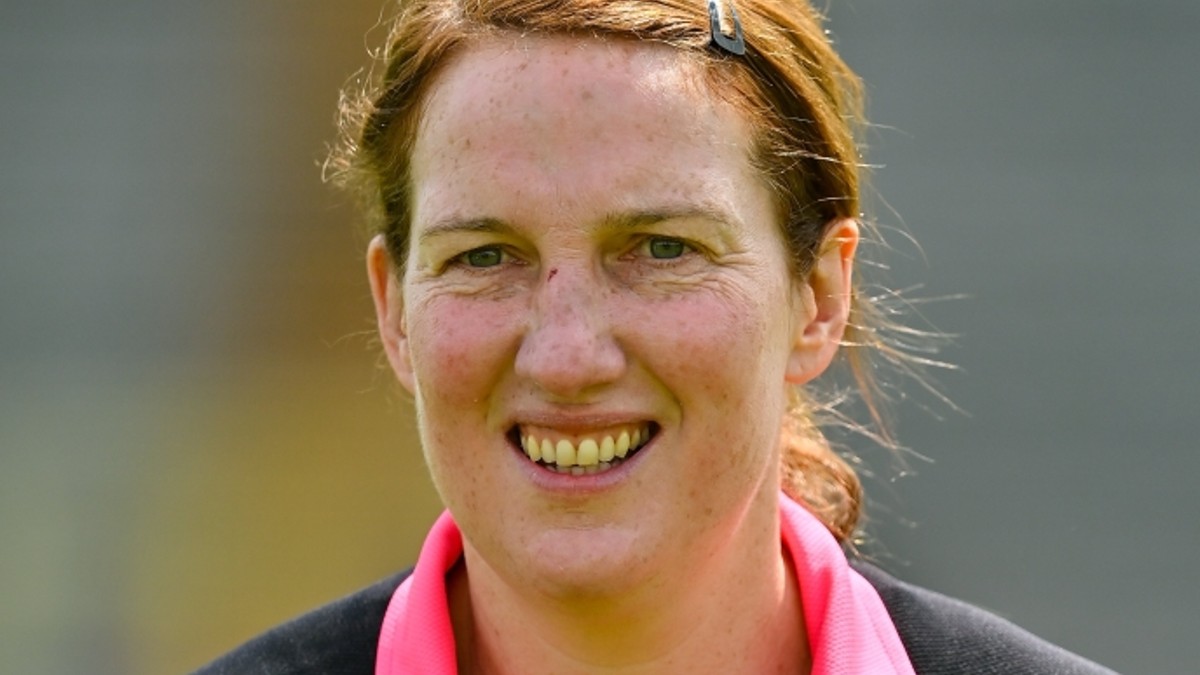 Have you received a scam phone call or text message in the past week?

Chances are you have been inundated with phishing attempts in recent days, weeks and months. For Lorraine O’Sullivan, it’s her job not to fall for the bait.

Last weekend, the former Donegal footballer refereed her first county final when she took charge of the Dublin Ladies intermediate decider between St Sylvester’s and Castleknock.

But for her day-to-day job, she is an ICT Platforms and Security Lead with Fáilte Ireland, “just making sure people aren’t doing things that they aren’t meant to be doing,” as she puts it.

Her work has got a whole lot more complicated in the past 18 months, with online criminals looking to cash in on any data they can exploit. Members of the general public have become more vulnerable since the global pandemic arrived on our shores, and reports suggest that phishing attacks may have risen by up to 220%.

“There’s money in it, it’s a multi-billion dollar industry at this stage,” said O’Sullivan.

“Cyber-attacks, ransomware, and all that kind of stuff, we do a lot of work as well with security awareness among our staff, I spend a lot of time on that.

“And not even from a work perspective, it’s just making sure on your own personal email that you are keeping an eye out for things like phishing emails. It’s on the rise, it’s not going away but it’s an interesting area.

“I haven’t got caught out so far, touch wood, but it’s not beyond the realms of possibility. I am flat out with those calls and texts at the moment. I used to answer calls until this summer. I just keep getting those social protection ones and I stopped answering.”

O’Sullivan is a computer whiz and her interest grew early when her friend picked up a 386 PC. It was one of the first computers introduced to the market way back in 1985 and she was hooked.

She didn’t play football when she was growing up in Galway but after relocating to Donegal when she was 12, her introduction to the sport came three years later when she joined up with St Eunan’s of Letterkenny.

Her competitive nature meant she got stuck in right from the start and was called up to the Donegal minor team in 1995. It was the start of a successful period on the pitch for O’Sullivan.

Meanwhile, she was still fascinated by computers and at a time when there was little option to study IT, she instead picked the Computer Science and Physics course at UCG.

O’Sullivan flourished on the college’s O’Connor Cup team, playing alongside the likes of Eithne Morrissey, Fiona Wynne and Maureen O’Donnell. And she made her Donegal debut in 1997.

“One of my proudest achievements was captaining St Eunan’s the year we won a county championship and an Ulster final. It was 1998, we won our third Ulster championship in a row,” said O’Sullivan.

Another major highlight of her playing career was helping Donegal to victory over Kildare in the 2003 TG4 All-Ireland Junior Final. And there were plenty of recent successes in a Na Fianna jersey too.

However, after her studies had concluded, and a few years spent working in Belfast and Dublin, O’Sullivan headed for Australia.

It was the thing to do at the time, and she spent 2004 working in IT and nannying, as well as playing football Down Under.

“I was playing gaelic as well with Michael Cusack’s in Sydney,” said O’Sullivan.

“And we actually played in practically the first compromise rules women’s game. It was in New South Wales, with the gaelic clubs playing against the Aussie Rules clubs.”

O’Sullivan did a bit more travelling before returning to Dublin in April 2005 and she returned to St Eunan’s for as long as she could. But the long hours spent travelling was not sustainable. Another option became available.

“I was just not getting home, it wasn’t fair really on the team itself, we weren’t getting home for any training,” said O’Sullivan.

“There was a couple of us actually and we were training with Na Fianna anyway. They were always really good with letting people train even if you were not playing with them, just for getting the training in during the week.

“In 2007 I just knocked it on the head in terms of going home for club games and started with Na Fianna.”

O’Sullivan retired from her inter-county action shortly after that but she devoted another seven years to her adopted club.

In 2011 she captained Na Fianna to the county and provincial titles before they reached an All-Ireland final and lost to Mayo’s Cora Staunton-inspired Carnacon.

And three years later O’Sullivan stepped away from her club duties and picked up the referee’s whistle instead.

“I was doing a small bit but I got into it through referee tutoring. I had only done a tiny bit of refereeing, then when I started tutoring I said I’d better get out and do some games so that I know what I am talking about,” said O’Sullivan.

“I fell into it that way. It wasn’t really an intention and actually, I just realised it was enjoyable. I didn’t think it would be.”

O’Sullivan has excelled as a referee, she is on LGFA National Panel, officiated in the Lidl Division 4 final this year and has been lineswoman in a number of All-Ireland finals.

But she knows there are not enough younger girls getting into refereeing, something that has to be remedied for the future of the game.

“It’s a tough thing to do, I am old enough and wise enough to not let things get to me,” said O’Sullivan.

“You have to be resilient, if you start listening to what is happening on the sideline and what is being said to you, that stuff has to wash off your back but that takes a while.

“I used to tutor referees. You go to courses and you would see a lot of 15 or 16-year-old girls. The men would be older. It takes the girls a long time to build up that resilience to be able to go forward with refereeing.

“I would like to see more women, players thinking of retirement or even club players who are well-established to give it a go as well. The knock-on effect is that younger girls will be able to see this. They have got no referee role models at the moment.

“It would be great to provide some buddy system for the referees. Or else if they have a bad day or get some parent shouting at them they could think that’s it, they are throwing in the whistle.

“It’s a tough thing to do mentally because of what you can deal with sometimes on the sideline and on the pitch.”