FOOTBALL: “It is beyond my wildest dreams to ever get this far” – Eamonn Murray 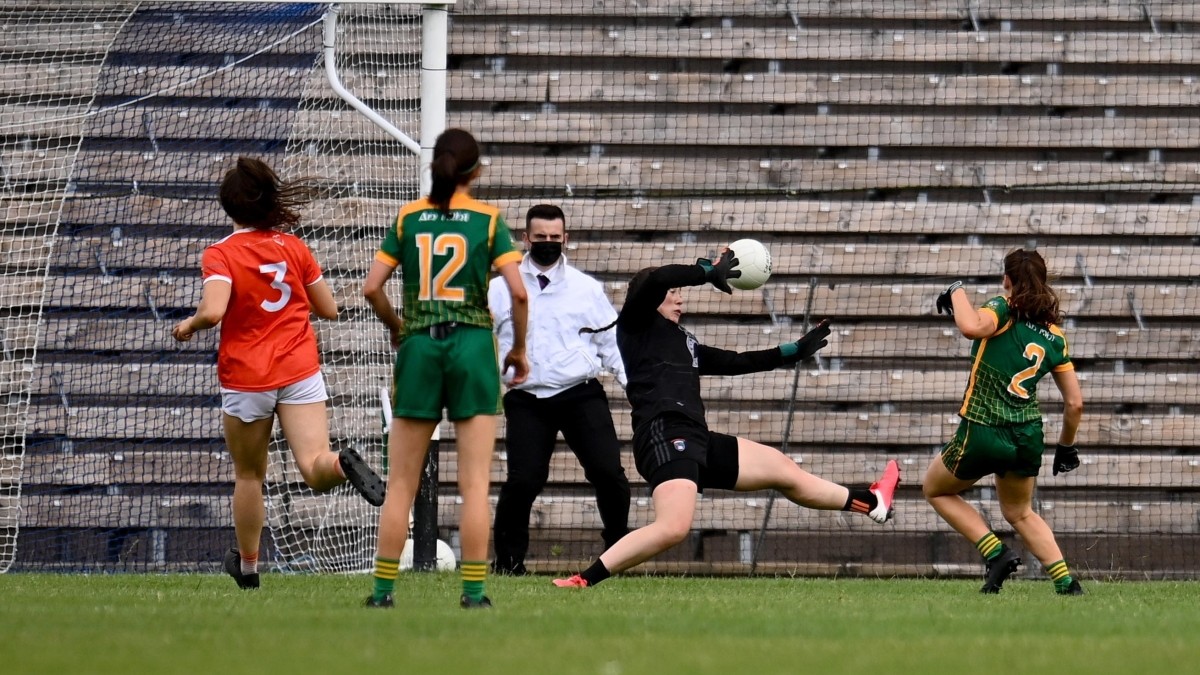 Reaching this year’s TG4 All-Ireland Senior Championship Semi-final was beyond the dreams of Meath manager Eamonn Murray, but he says his side will face record winners Cork with confidence after their classy victory over Armagh on Sunday.

Goals from Emma Duggan, Niamh O’Sullivan and Emma Troy saw Meath run out convincing winners in Clones, a victory that sees the 2020 TG4 Intermediate champions into the Senior Semi-final in their first season back at the grade.

“It means everything to me,” said a delighted Murray. “It is beyond my wildest dreams to ever get this far. I knew they would, but I didn’t think I’d be with them at that stage. I thought it might take two or three years to get that far.

“The last year for us has been out of this world. Intermediate champions before Christmas, League champions, Division 1 football and now a (Senior Championship) semi-final.

“Anything is possible for this bunch of girls here. They train three or four nights a week, they enjoy it. There’s never a bad word out of them, they just love being together and the friendship they have.

“We showed no fear of them today and that’s how we are going to play Cork in two weeks’ time. Roll it on.”

Once again, Meath flew out of the traps and built an early lead, which they defended with style and discipline. Vikki Wall opened the scoring, while Orlagh Lally add to that lead before Wall sent Duggan in for the vital first goal after seven minutes.

Meath were 1-4 to 0-1 clear at the first-half water break, while Aoibhín Cleary’s point and O’Sullivan’s goal meant they were 2-7 to 0-6 ahead at half time.

The early action after the break was end-to-end as the teams exchanged points, with Aimee Mackin’s influence increasing as the match progressed.

Eve Lavery and Blathín Mackin also kicked good scores for Armagh but they were never able to get close enough to the rampant Royals.

And six minutes from time, when Troy raced through the middle and fired Meath’s third goal, there was no way back for Armagh, who kept battling and tagged on a good goal from Aimee Mackin.

“You have to give credit to Meath, they performed very well but we certainly didn’t, we were well below par today and we are very disappointed.

“The girls are very disappointed as we all are. It just happens some days and we encountered a very difficult Meath side who are an excellent team.”