FOOTBALL: “It’s probably as important as winning the Intermediate or very close to it” – Eamonn Murray 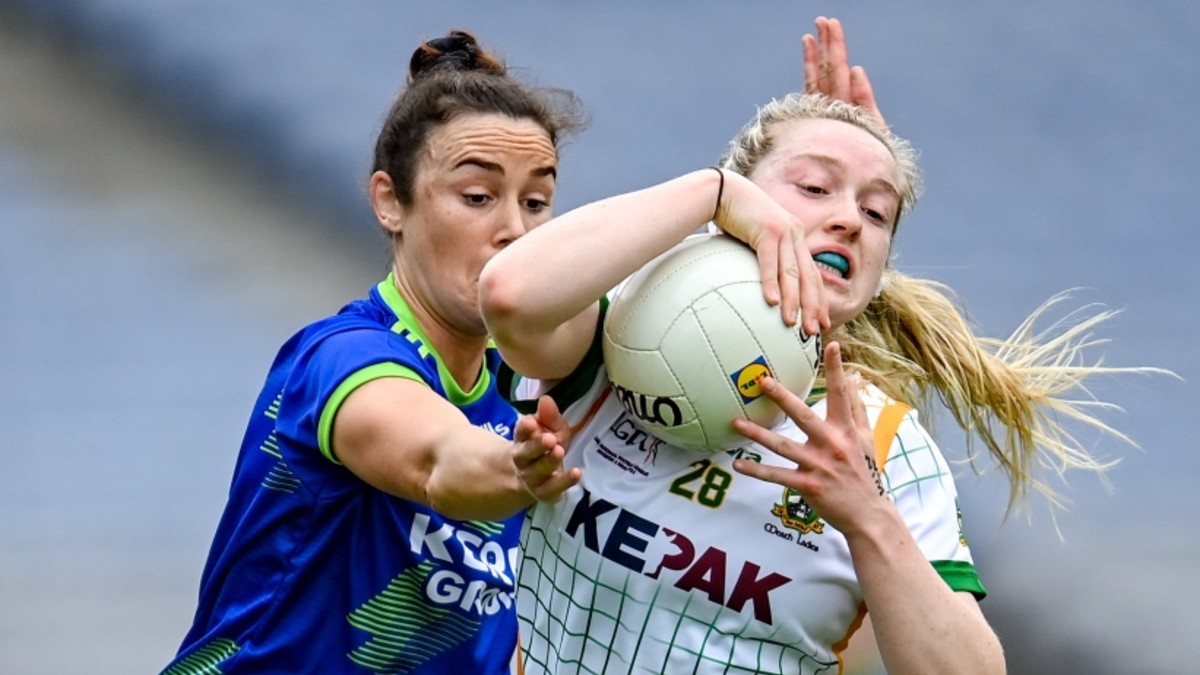 (Orlagh Lally of Meath in action against Louise Galvin of Kerry during the Lidl Ladies Football National League Division 2 Final match between Kerry and Meath at Croke Park in Dublin. Photo by Ramsey Cardy/Sportsfile)

Fresh from their victory in December’s TG4 All-Ireland Intermediate Final, Meath added the Division 2 title to their haul with a ruthlessly efficient performance in defence and attack.

Grimes scored 1-5 for her side, at the back Emma Troy marshalled the defence, while the power of Duggan, Máire O’Shaughnessy and Vikki Wall around the middle drove Meath to victory.

“Today the scores came from 11 different scorers. I thought when we lost Niamh [O’Sullivan] we dropped a wee bit then, but the response after that was unbelievable from all over. It’s a very proud day for Meath,” said Murray, who has led the side from Division 3 to Division 1 in the space of two completed seasons.

Points from Anna Galvin and Louise Ní Mhuircheartaigh settled Kerry after a slow start by the Munster side, but Meath rallied again thanks to scores from Troy, O’Shaughnessy and the impressive Bridgetta Lynch.

Ní Mhuircheartaigh pulled Kerry back to within touching distance, but the critical score of the game arrived just before the interval when Duggan goaled for Meath to put them 1-9 to 0-5 ahead at half time. After the resumption there was never any doubt about the winners, especially when Grimes converted a penalty to put her side 11 points clear.

Rachel Dwyer fired a late consolation goal for Kerry, but the Darragh Long and Declan Quill managed side must pause their promotion dreams for another season.

“We’re really, really disappointed. We just didn’t play at all,” said Quill. “That team we have there is very young. There’s a lot of young girls there. It’s the first taste of Croke Park for an awful lot of them.

“Still very proud of them to get us this far, but just fell at the final hurdle unfortunately. We were in contention for a lot of the first half, but we just weren’t good enough. They were way better than us and that’s the way we just have to take it.”