FOOTBALL: ‘I’ve been through two cruciates so far so I am praying to God I’ll get another couple of years out of this’ – Leitrim’s Sinéad Tighe 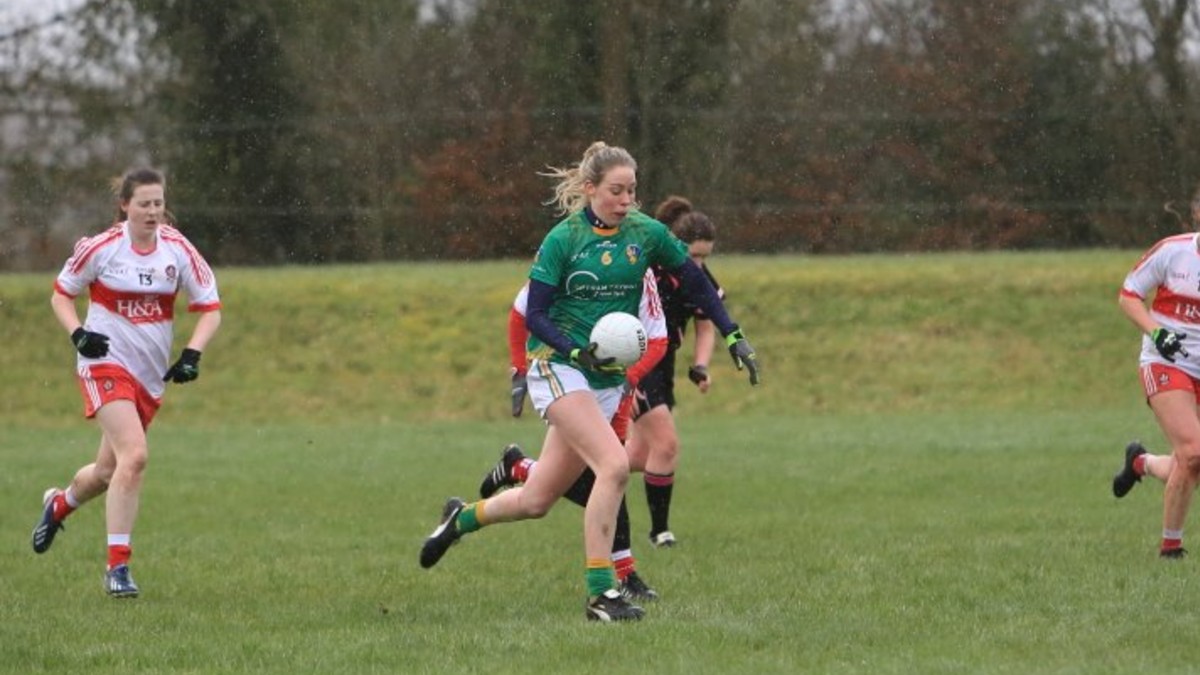 Starting into her 12th season representing Leitrim ladies footballers, Sinéad Tighe can feel the winds of change blowing through the sport.

This week’s announcement that all branches of Gaelic Games will receive an equal cut of Government funding was the culmination of years of hard work for Ladies Football, and the Kiltubrid defender feels it is a vote of confidence in women’s sport in general.

After five months away from her teammates, Tighe (31) is back on the park preparing to face Louth in their Lidl National Football League opener tomorrow week (Sunday, 23rd May), but this week she admits there was an extra spring in her step.

“Ah it’s absolutely fantastic. It is really welcome news and I think it will make an incredible difference to the game. It mightn’t necessarily be this year, but in years to come you are really going to see the game evolve to the next level,” said Tighe, a third-class teacher at St John’s NS in Ballisodare, Co. Sligo.

“The last couple of years, we have had grant funding and even the difference that has made has been incredible. We have had more access to things like nutrition, recovery and psychology. If supports like that can be incorporated into the budget for the year, giving girls access to that can only improve this game.

“We have a lot of girls based away from home, in college or working away. When you are playing inter-county football, you really shouldn’t be out of pocket.

“We couldn’t believe it there for a minute on Monday, it is just absolutely brilliant news. The WGPA have done incredible work behind the scenes over the last few years, campaigning on our behalf. We are really excited to see what this can add and what improvements it can make to the game.”

The Tighe name has been synonymous with Leitrim Ladies football for years, and since her debut in 2009, Sinéad has been a dedicated and elite performer. Her younger sister Áine excelled at the other end of the field, and is currently nursing her way back from a second knee injury in the space of a year while training with AFLW side Fremantle, while Niamh also represented the county in the last decade.

As someone who has worked her way back from two long-term knee injuries, Sinéad understands what Áine is going through, but she is looking forward to the day they line out together again for club or county.

“It has been a tough couple of months for Áine. She has been through the mill injury-wise. She is still taking it week by week. She is still based out in Australia and is just working away on it. The club have been really supportive of her.

“Her rehab probably went a bit slower than she expected, but she’ll see where she is at in the next couple of weeks and she’ll be able to make a decision then. She is fully focused on making a full recovery.

“I’ve been through two cruciates so far so I am praying to God I’ll get another couple of years out of this. I did the first one in 2014 and I did the second one in 2017.

“I suppose it’s something that you are just so grateful for, being fit and being injury-free. Every time you come off the field or finish a session, it’s great. It’s a hard old journey back. You learn a lot about yourself along the way.

“You just have to get on with it, get through it, just like what Áine is going through at the moment. When you do get back and get out the other side, you are just so grateful for every opportunity. I am delighted at 31 that I am still involved and still playing.”

After a difficult couple of years for the county, Leitrim steadied the ship in 2020 under the management of Hughie Donnelly. Three wins from their four Lidl Division 4 games set them up for a shot at promotion before the competition was shelved, while they registered two strong performances in the TG4 All-Ireland Intermediate Championship against Down and eventual champions Meath.

Leitrim will face Louth, Antrim and Derry in Division 4A, with the ultimate aim of going all the way and earning the one promotion spot up for grabs.

Away from the game, Tighe says she is looking forward to featuring in some more big club and county action – as a bagpipe player in the Kiltubrid Pipe Band.

“I started playing the pipes when I was 13 or 14. The band has been a huge part of the tradition of our parish over the years and is over 70 years on the go. It’s enjoyable, it’s not a huge commitment and it doesn’t clash with my football most of the time.

“I don’t know how I ended up getting roped in. I was the first of us, but my two other sisters [Áine and Niamh] played as well, but they went into early retirement. I’m the last one standing.

“We play at the county final every year at Páirc Sean MacDiarmada. We do the Sligo county final sometimes too and the Connacht championship matches any time they are in Páirc Sean.

“I’ll always remember back in 2005, the Kiltubrid lads won the Leitrim Senior Championship and we played that day, that was really special for us. It’s one of the highlights.”

After a dozen years wearing the green and gold, Tighe still has plenty of ambitions, and she thinks their recent progress ensures the next generation of players have a great chance to succeed in the shirt.

“When you see those younger girls coming in for their first or second year, they are coming in to a really, really good set-up and team. I think that’s a huge positive, that their first experience is a good one.

“You are trying to create that standard and improve all the time, to put those really strong foundations in place so we can continue to bring in new girls year after year and continue to build.”

She continued: “We’re only a week away from games now and we are really looking forward to it. It’s exactly what we wanted. We had a great game against Louth last year and they are one of the top sides in this division. That’s what everything is geared towards at the moment and we can’t wait to get into it.

“It is always a huge honour and privilege any time I play for Leitrim. Please God I’ll get another while out of it.”