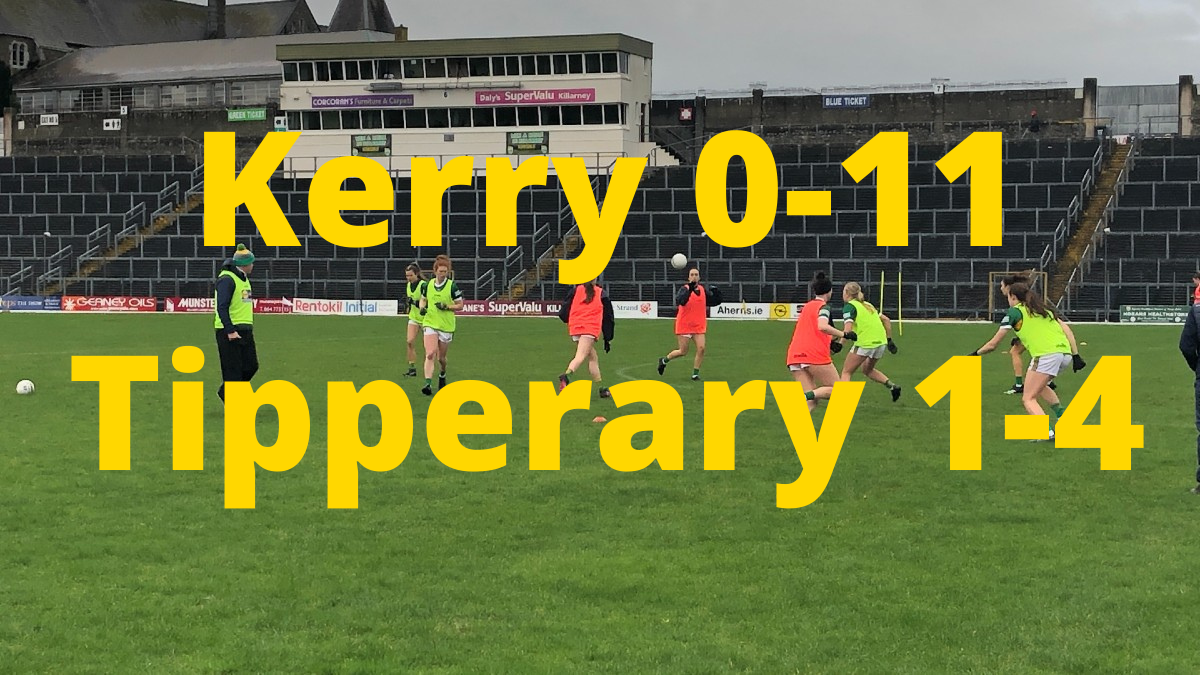 Kerry began their 2022 Lidl Ladies National Football League campaign, with a four point win over Tipperary at Fitzgerald Stadium. Tipperary finding life in Division 2 tough in the early stages, as they aimed for better after relegation last year.

For the hosts they lost the Division 2 final last year, and with many changes in personnel in their panel, they looked for a result after playing very little football in the build up.

The game as a contest started off rather slow, Tipperary managed to get the opening score after three minutes with Anna Rose Kennedy pointing from play.

By the fourth minute Kerry had four wides as they struggled to get the ground running, they had their opening score after eight minutes, Katie Brosnan on her debut having a goal bound shot saved, from the resulting 45 Anna Galvin found Rachel Dwyer, she played in Louise Ni Mhuircheartaigh who raised the white flag.

After this Kerry took the game into their hands, Niamh Carmody getting their second point of the game from play as they took a 0-2 to 0-1 lead to the water break. Ni Mhuircheartaigh was razor sharp as ever once Kerry got going, pointing a free and managing a score from play after the restart.

Tipp had few chances in the opening half, their best fell in front of the Kerry goal but great defending by Ciara Murphy kept them at bay. Further scores by Anna Galvin and Ni Mhuircheartaigh saw Kerry take a 0-6 to 0-1 lead at HT.

The second half began like the first with both sides looking for scores but failing to reach the target, Ni Mhuircheartaigh added two frees 10 minutes into the second half to push the lead out to seven points, 0-8 to 0-1.

After the water break Tipperary started to mount a comeback, Caitlin Kennedy adding their second point after a 42 minute hiatus, Emma Cronin pointed a free minutes later for their third of the game, but Angela McGuigan on off the bench hit a hammer blow in the 49th minute, as she palmed the ball past Ciara Butler in the Kerry net.

The Kingdom responded well in the final ten minutes of the tie, two more points from Ni Mhuircheartaigh put them four points ahead, Ciara O’Brien could have raised the green flag for Kerry with minutes remaining, but the corner back had her shot well saved by Lauren Fitzpatrick.

Niamh Carmody added her second score of the afternoon a well taken point to put the game beyond doubt in the 59th minute, Niamh Martin managed to hit a late consolation point for her side as they will assess the result in the coming weeks.