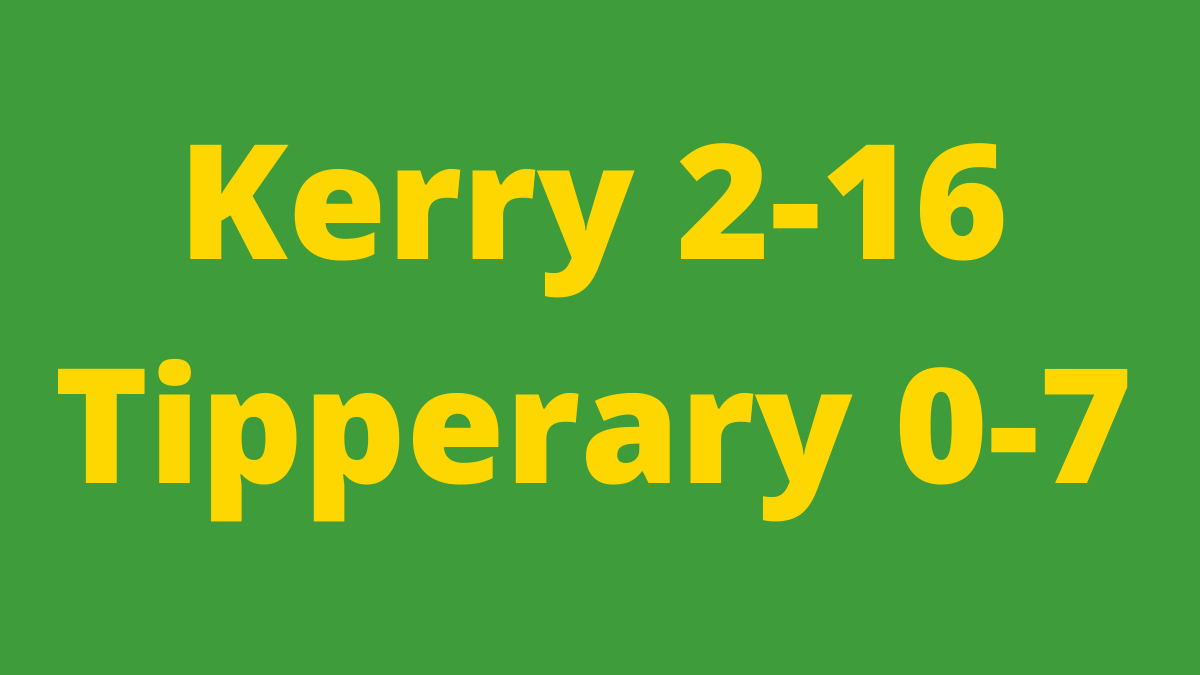 A refined and commanding performance saw Kerry overcome Tipperary to secure their TG4 Senior Championship status for another season, condemning Declan Carr’s Premier outfit to a relegation showdown against Cavan or Tyrone.

Few would have envied Kerry or Tipperary ahead of this fixture, particularly as a festival of football was about to unfold in Croke Park, but nine points from Louise Ní Mhuircheartaigh, as well as first-half goals from Emma Dineen and Hannah O’Donoghue saw Kerry to the priceless win.

Tipp showed greater energy in the opening minutes, and Angela McGuigan blasted them into an early lead before Kerry took charge. An 11th-minute point from Dineen provided the spark which ignited their attack, the scores quickly flowing thereafter. Ní Mhuircheartaigh kicked her first point a minute later, while O’Donoghue calmly palmed the ball to the net in the 13th minute as they built an early lead.

A second quarter resurgence from Tipp seemed to suggest that this game might well go down to the wire, with Clíodhna O’Dwyer knocking over a score from the wing, before McGuigan landed a free, complemented by an Ava Fennessy effort some moments later.

The introduction of Aisling McCarthy added further impetus to the Tipp play, but within minutes of her arrival Kerry struck a decisive blow when Dineen punched a Ní Mhuircheartaigh pass into the net, pushing Kerry into a 2-7 to 0-4 lead at half time.

Nine points in arrears, it was always going to be an uphill battle for Tipp, and the gradient was made even steeper by an Ava Fennessy sin-bin in the 32nd minute.

Scores were less plentiful in the third quarter, the standout effort coming from the boot of Kerry forward Emma Galvin, who pushed her side 2-11 to 0-7 in front with a superbly struck point from the wing.

Kerry were never going to relinquish a ten-point advantage, but appropriately, it was Kerry midfielder Niamh Carmody who put an end to proceedings, rifling a long-range effort straight between the posts to secure Kerry’s Senior Championship status for another season.

Tipp, on the other hand, now face a showdown against the loser of next week’s Cavan and Tyrone semi-final – a game that will define their season and determine their status in next year’s championship.