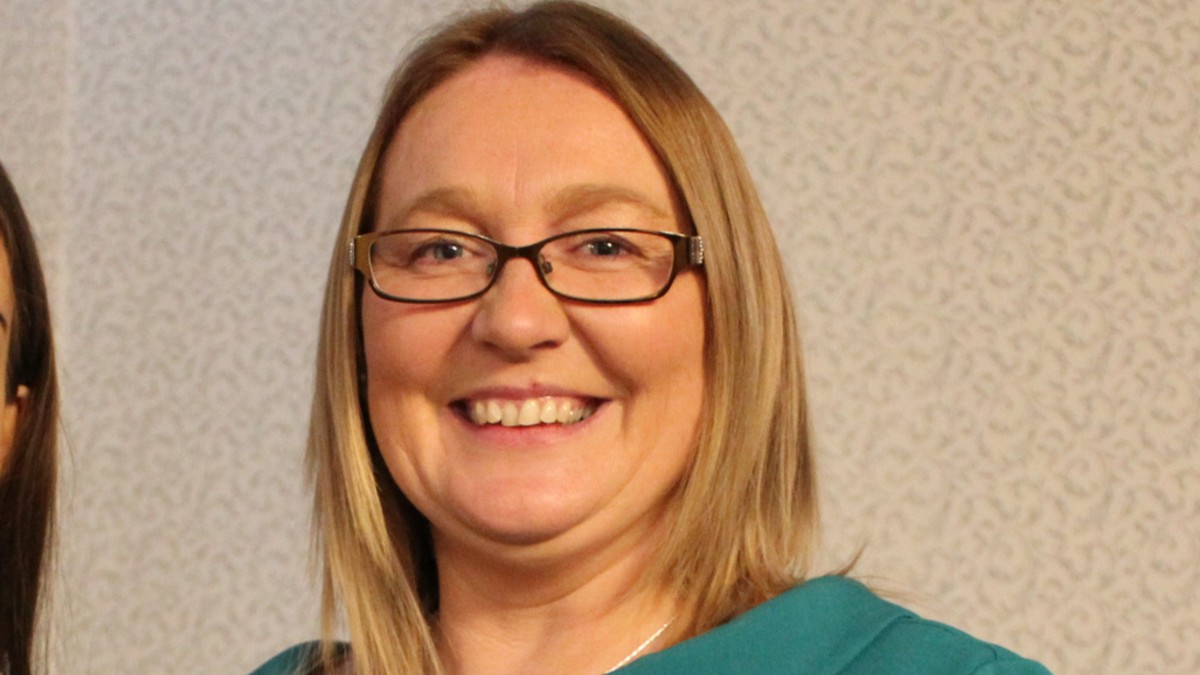 They served as the perfect finish to Trina Murray’s speech as the Westmeath official became Leinster President at the Leinster LGFA Annual Convention on January 24th.

Trina inherits the Presidency in Leinster in unprecedented times as the Covid-19 Pandemic has hit the pause button once again on planning for the footballing season. However, Trina remains hopeful suggesting that the aspiration for her Presidency is to adapt and continue to build Leinster LGFA for the continued growth and development of Ladies Football. With team meet ups and committee minutes now confined to the virtual space – it is the hope that Leinster LGFA can reach out to players, coaches, referees, officials and support each strand of the Association.

Trina’s background boasts a formidable career in gaelic games. “I was brought up in a family deeply absorbed in the GAA. The GAA and the LGFA have always been a huge factor in my life.” she remembers.

“I began playing ladies football in my parish in Tubber at the age of 14. To my disappointment, the club disbanded after a few short years. At 18, I began to look into the possibility of setting up our own club in Moate and the rest is history.”

Trina’s father Tommie passed away in 2018 and she remembers his support and encouragement from an early age.

“My dad was a great inspiration to me. We lived beside the pitch so we would always have been there. He would have been playing when we were growing up. I used to go and stand behind the goals and practice kicking the ball back over the crossbar.”

“When we started, we got very little support, but Dad was always there – lining out the pitches for us and making sure we were doing okay. He was involved in the club lotto and he always allocated a portion of his lotto sales to the ladies club. He was unbelievable – people would come to him and hand over their lotto money without question, he didn’t have to go looking for them.”

“In a time of few supporters, he was always at our games. A highlight was lining out against Dublin in Croke Park in 1998, the only time I got to play there. It was the All Ireland Final replay between Monaghan and Waterford and our League Final was the curtain raiser. That was a hugely proud day and Dad was so proud in the stands cheering us on.”

Trina boasts a playing career spanning two decades. “I played for twenty years with Moate and thirteen years with Westmeath. We won a Senior Leinster Title in 1995 and followed it up with an All Ireland Senior B title the same year.” Disaster struck though the week before the Senior B Final as Trina was involved in a car accident and missed out on playing in the Final.

“I was down to play corner back and unfortunately I missed the Final as I was on crutches. I was devastated. The girl that replaced me had an outstanding game. It was a really tight game with Christina McGinty and Julie Kavanagh in the centre of the field for Dublin.”

“I remember we were level at half time but had a slightly better second half and won the game by two points. Current CEO Helen O’Rourke, who was President at the time, presented the Mary Quinn Memorial Trophy to Carmel Harris, the Westmeath captain. It was such a proud moment for us all.”

From the establishment of Moate, Trina had filled the Secretary’s position and the following year she was elected as Secretary of Westmeath – learning at the deep end.

“We are so lucky today!” laughs Trina. “I was a student at the time and correspondence was through handwritten messages. We were fortunate we did not have as many fixtures as we do today.”

As a coach, Trina has worked with club, county and provincial teams. As delegate, she has represented Westmeath at Leinster and Central Councils and at Congress. In 2017, Trina was appointed Vice-President of Leinster Council and became President-Elect in 2020, while also graduating from the first LGFA Female Leadership Programme.

“I thought the programme was really well put together by the LGFA. The strand I focused on was Governance and Administration and I have taken away so many elements from it. Everything from what makes a good leader and how to work together on committees.”

“We had inspirational speakers and I really enjoyed Mary McAleese in particular. The course was emotional at times because they focused a lot on you and I suppose knowing who you are. It helped me to realise that there is no one size fits all.”

“I would be very people orientated – I would see the glass half full as opposed to half empty and it’s learning how to work alongside people who might see the glass a little differently.”

“We had an individual mentor that worked with us – she was a self-development coach and she met me a couple of times and helped me identify my own leadership style. She was so helpful and encouraging. I really have taken a lot from the course.”

For many, 2020 was a year to forget, but ever the optimist, Trina is quick to look at the positives. “The upside of Covid-19 is that we got to stream way more of our games. This has really worked in our favour and our games have been opened up to a new audience.”

Leinster LGFA supported home clubs in the 2020 Leinster Club Championship to stream their games and the uptake in this resulted in 12 of 16 matches being streamed live. “We will continue to stream as many games as possible to increase our support and give the players the platform they truly deserve.” Trina promised – a pledge that continues the good work of the 20×20 campaign that concluded in December 2020.

It has been said so many times before, but volunteers are the lifeblood of the Association. “It is hugely rewarding in so many ways to be involved in the LGFA.” remarked Trina. “I have coached thousands of girls in my club and it gives me a great satisfaction to pass on the skills of the game to these young players and see them grow and develop.”

“I particularly encourage our past players to come forward and help at whatever level they can be it club, county, provincial or national. We need your support and expertise. Together we can achieve much more.”

The future is uncertain, and Trina is most definitely missing the live action. “We look forward to the day when we can get back out on the playing fields.” Trina admits. “But only when it is safe to do so.”