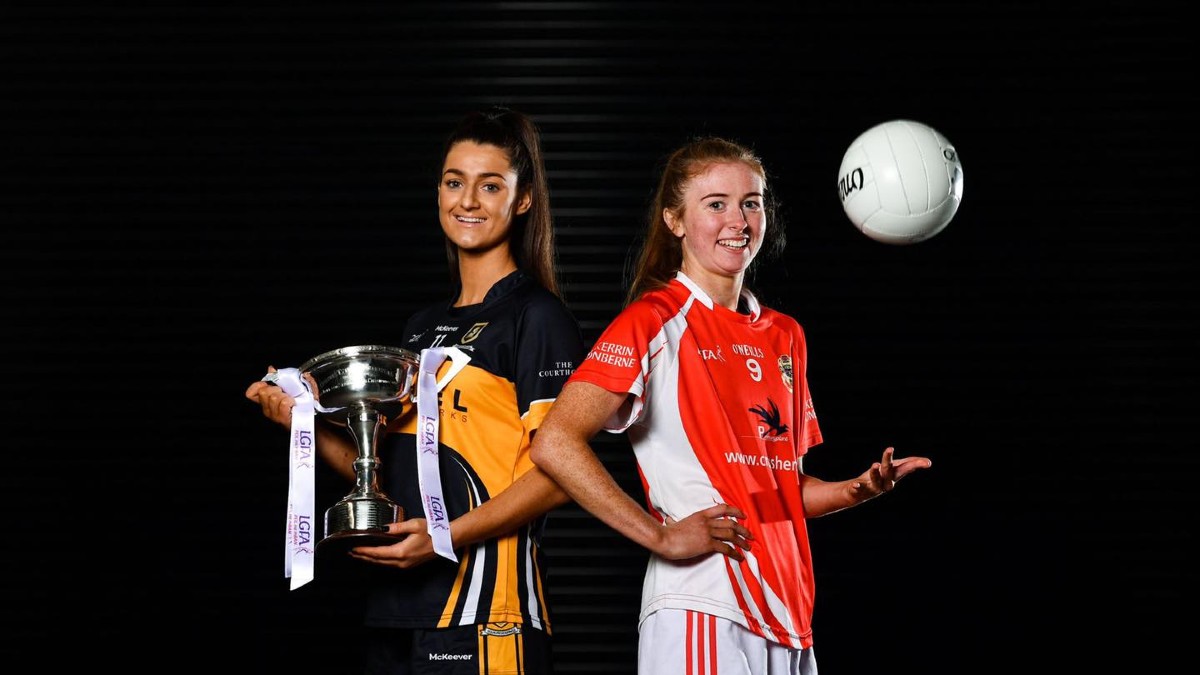 THE Ladies Gaelic Football Association and Championship sponsors, TG4, are delighted to confirm a bumper schedule of Spring fixtures – including the currentaccount.ie All-Ireland Senior Club Final and seven key games in the forthcoming Lidl National Leagues.

TG4’s 2022 live coverage of Ladies Football gets underway on Saturday, January 29, when holders Mourneabbey from Cork and Galway’s Kilkerrin-Clonberne clash at St Brendan’s Park in Birr in what promises to be a mouth-watering currentaccount.ie All-Ireland Senior Club Final (1pm).

This tie is a repeat of the thrilling 2019 Final between the sides and on that occasion, the TG4 cameras were also present at the TUS Gaelic Grounds in Limerick to capture a one-point victory for Mourneabbey.

Following the conclusion of the Club Championships, with the LGFA set to live-stream the Junior and Intermediate Finals on February 5/6, attention quickly turns to the commencement of the 2022 Lidl National Leagues.

The live TV action gets underway on Saturday, February 12, when Donegal host Galway under lights in Ballybofey (7.30pm).

TG4 will screen a live game from each of the three rounds of group fixtures, with the Dublin v Cork tie at Croke Park on Saturday, February 19, forming part of a double-header with the Dublin v Mayo men’s fixture.

Dublin and Cork will meet for the first time in a competitive fixture since the 2021 Lidl National League Division 1 Final at Croke Park, which was won by champions Dublin.

The latest instalment of a keen recent rivalry will get underway at 5.15pm, before the live Round 3 clash on Saturday March 5 features Meath against Dublin in a meeting that will revive memories of the 2021 TG4 All-Ireland Senior Final between the counties.

Meath famously ran out winners on that occasion and the Royal County, who also won the Lidl NFL Division 2 title last year to gain promotion to the top flight, will have home advantage at Páirc Tailteann in Navan, for a 3pm start.

TG4 will then provide live coverage of the Lidl NFL Division 1 semi-finals on Saturday, March 19, with those games confirmed for 1pm and 3pm.

TG4’s coverage of the Lidl National Leagues concludes on Sunday, April 10, with the Finals in Divisions 1 and 2, which will be played as a double-header at Croke Park.

The Division 2 Final will throw in at 2pm, followed by the Division 1 decider at 4pm.

Peil na mBan Beo will be available to audiences globally on the TG4 Player at www.tg4.ie/beo and on the TG4 Mobile and Smart TV App.

Former Galway star Máire Ní Bhraonáin will lead TG4’s Peil na mBan Beo coverage once again for the forthcoming season. The commentary team will be headed up by Brian Tyers.

Rónán Ó Coisdealbha, TG4 Head of Sport, said: “TG4 is delighted to make these games from the Lidl Ladies National Football League and the currentaccount.ie All-Ireland Senior Club Final available to a global audience, free to air, across our various viewing platforms. For over twenty years, TG4 has been the home of live and exclusive television broadcasting of Ladies Gaelic Football, and we continue to lead the way in the broadcasting of women’s sport in Ireland. TG4 ensure that women’s sport is front and centre for television audiences, from live coverage of games to our flagship Gaelic Games documentary series Laochra Gael, which will celebrate Laois legend Sue Ramsbottom  (Thursday 27th January 9.30pm).”

Mícheál Naughton, LGFA President, said: “We are delighted to reveal the set of fixtures that fans of our great sport can look forward to on TV, up until the conclusion of the Lidl National Leagues. TG4 continue to provide wonderful coverage of Ladies Gaelic Football on an annual basis, bringing our games to viewers at home and around the world. It’s great to be looking forward to a first All-Ireland Senior Club Final live on TV since that memorable 2019 Final, and with new sponsors in currentaccount.ie, while the line-up of Lidl National League fixtures is one to whet the appetite for what lies in store. We’re all set for another stunning year of Ladies Gaelic Football, with TG4 leading the way once again with unrivalled coverage.”