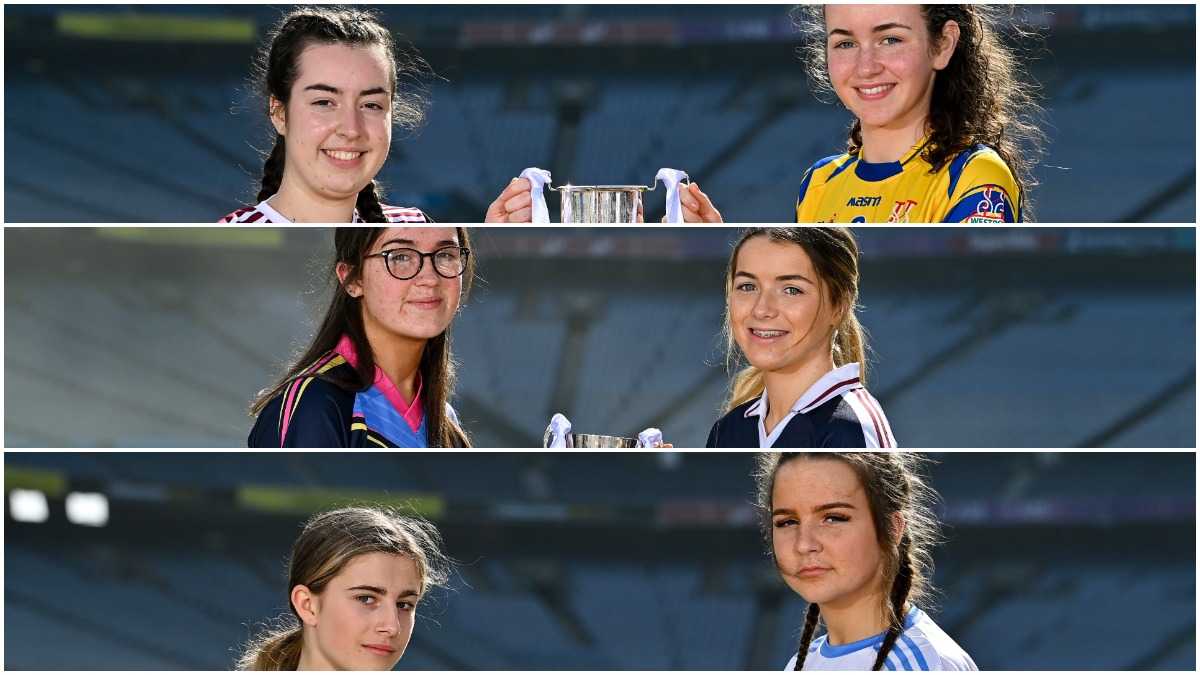 FOR the first time since 2019, Lidl All-Ireland Post-Primary Schools silverware will be handed out tomorrow (SAT).

The 2020 and 2021 competitions were unfortunately postponed but there are three Junior Finals down for decision on Saturday.

There’s a Junior B and C Final double-header scheduled for Duggan Park, Ballinasloe, while Loreto (Cavan) and Sacred Heart, Westport (Mayo) will battle it out in the A Final, at the home of Curry GAA, Sligo.

In 2018, the Cavan school landed a Senior A and Junior A double – and they’re back in a Junior A Final on Saturday.

Loreto have been excellent en route to the Final, racking up big wins in the Ulster Championship before putting 7-9 past Loreto St Michaels, Meath, in the All-Ireland semi-final.

Indeed, when you consider that Loreto bagged 7-18 in the Ulster Final, they’ve notched 14-27 in their last two outings.

There’s been no Mayo winner of the Junior A competition since Ballinrobe CS ruled the roost with five-in-a-row in the early 1990s.

Sacred Heart, Westport, have the chance to rectify that statistic and they’re a battle-hardened outfit.

Sacred Heart saw off opponents from Galway, Roscommon and Sligo to land the Connacht title, before they scored a 3-11 to 1-10 All-Ireland semi-final victory over St Mary’s, Midleton, from Cork.

Scoil Phobail Sliabh Luachra were Junior C champions from Kerry in 2016 and now Mercy Mounthawk, Tralee, are aiming to follow in their footsteps.

The representatives from the Kingdom and Munster go up against Maynooth Education Campus from Kildare in the Junior C decider at 1pm in Ballinasloe on Saturday.

In their All-Ireland semi-final against Gortnor Abbey, Crossmolina, Mercy Mounthawk were on song again, putting up 2-20.

Maynooth are no slouches in front of goal either – and their march to the All-Ireland Final has been hugely impressive.

With scoring power on both sides, this looks set to be a high-scoring and entertaining encounter, with Maynooth looking to become the first Kildare winners of this competition.

There’s been no Ulster winner of the Lidl All-Ireland Junior PPS Championship since 2008, when St Mary’s from Newry in County Down landed the title.

Munster teams, in contrast, have a healthy recent record, with victories for teams from Waterford, Kerry and Limerick in 2017, 2016 and 2015.

Coláiste Dun Iascaigh, Cahir, were the last Tipperary winners of the Junior B title, while a win for Loreto Grammar School from Omagh on Saturday would end Tyrone’s wait for a Junior B crown.

Presentation, Thurles, who were Senior C winners in 2017 and Senior B Finalists in 2018, now have their sights set on a Junior B title.

They got the better of town rivals Ursuline, Thurles, in the Munster Final, with two goals to spare, before getting the better of Galway’s Glenamaddy in the All-Ireland semi-final.

Loreto cruised to the Ulster title with victories against opponents from Donegal, Tyrone and Down, and they had four points to spare against Dublin opponents Holy Faith, Clontarf, in the recent All-Ireland semi-final.

Saturday’s finalists are teams who can run up big scores but also pull down the defensive shutters when required.