FOOTBALL: Lidl Ireland recognise clubs from Dublin, Kilkenny and Leitrim with awards as part of the Lidl One Good Club™ Mental Health Programme 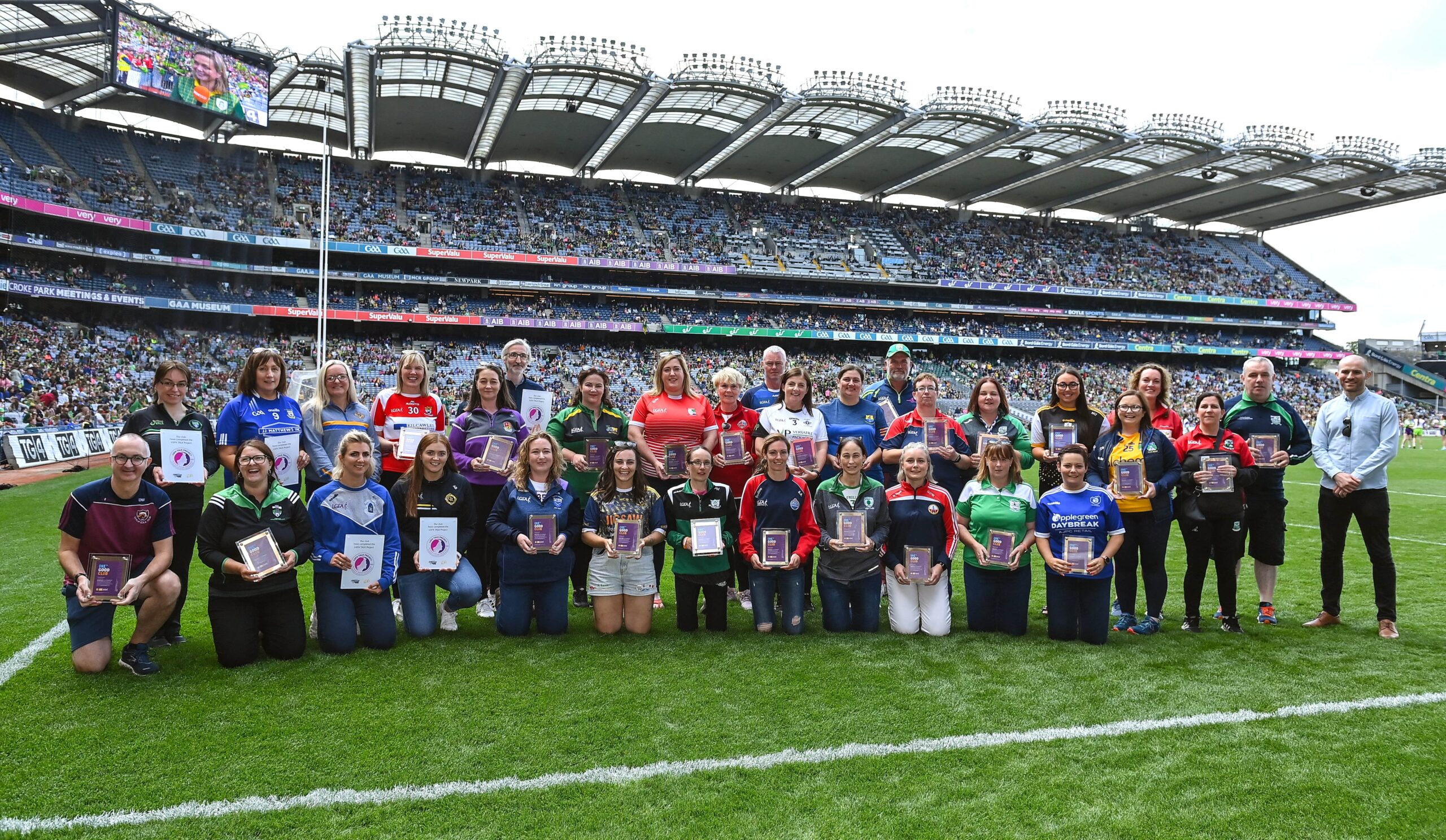 Lidl Ireland have recognised clubs from Dublin, Kilkenny and Leitrim with prestigious awards as part of the retailer’s Lidl One Good Clubä  mental health and wellbeing programme.

St Mark’s from Tallaght in Dublin have claimed top honours in the Best Overall Programme Engagement award, the overall award for the club judged to have delivered the best programme for their club over the course of 10 weeks. St Mark’s hosted many events as part of their involvement in the programme, most notably their community festival, Suburban Picnic, and are now set to receive €5,000 in funding as a result of their efforts.

Kilkenny’s Railyard Ladies Gaelic Football Club have received the ‘Most Innovative Initiative’ award. The Kilkenny club created many events as part of their involvement in the programme, most notably their Blitz with a Twist which brought together state exam students, teachers, and a counsellor from the local area to help prepare the students for their upcoming exams, and are now set to receive €2,500 in funding.

Lidl have also recognised Leitrim’s Dromahair Ladies Gaelic Football  Club with the ‘Strongest Community Involvement’ award. The Leitrim club ran a number of events as part of their involvement in the programme, most notably their concert for their local active age group, and are now set to receive €2,500 in funding.

Lidl One Good Club™ is a five-step youth mental health awareness programme for local clubs, developed in partnership with the LGFA and Jigsaw – The National Centre for Youth Mental Health, which aims to raise awareness and improve understanding of mental health while empowering LGFA clubs to positively affect their members and communities. The 5 steps are based on Jigsaw’s 5-a-day for your mental health framework that provides a simple set of evidence-based actions for people to improve their wellbeing. The 5 steps are; Be Active, Take Notice, Give, Keep Learning, and Connect.

The programme offers clubs from every county the opportunity to support their members and local communities by engaging in activities that promote positive mental health and wellbeing. This year’s programme culminated on All-Ireland Final day when groups from every participating club came to Croke Park and a representative from each club was presented with their Lidl One Good Club accreditation plaque on the hallowed turf during half time of the senior final between Meath and Kerry.

Speaking on behalf of the Ladies Gaelic Football Association, President Mícheál Naughton said: “I was moved and humbled by the efforts of every club who participated in the Lidl One Good Club programme. Three clubs were recognised with specific awards but each and every club who participated in the programme is a winner – and I’m sure that their efforts will resonate for some time to come. We are living through difficult times but the members of these clubs have rallied around each other to leave long-lasting legacies in their communities.”

Justin McDermott, Jigsaw Fundraising Manager said: “It was an honour for Jigsaw to be involved again in Lidl’s One Good Club initiative with the LGFA. One Good Club has truly become a nationwide movement for change, goodwill and positive mental health and wellbeing, this has been anther massively encouraging, emotional and hugely inspirational journey to be on. To the clubs that took home the prizes, huge congratulation from all of us here in Jigsaw. But to each and everyone involved in all the LGFA club across the country who took part, thank you so much. To those who got out and got active, all the people who took notice of themselves and the world around them, everyone who connected with their communities, every person who got the opportunity learned something new and all the ways people gave over those 10 weeks. You are change makers.”

Joe Mooney, Senior Partnerships Manager at Lidl Ireland commented: “It has been remarkable to see the level of engagement and creativity that every club has demonstrated as part of the Lidl One Good Club programme this year. The breadth of activities and initiatives undertaken was truly exceptional and is a great testament to the dedication and compassion shown by the leaders in each club. Congratulations to every single club who completed the programme, your efforts will be felt in the community for years to come.”

The Lidl One Good Club™ programme forms part of over €6 million invested by Lidl since the partnership with the LGFA began in 2016 and brings together Lidl’s two community partners, the Ladies Gaelic Football Association and Jigsaw – The National Centre for Youth Mental Health.