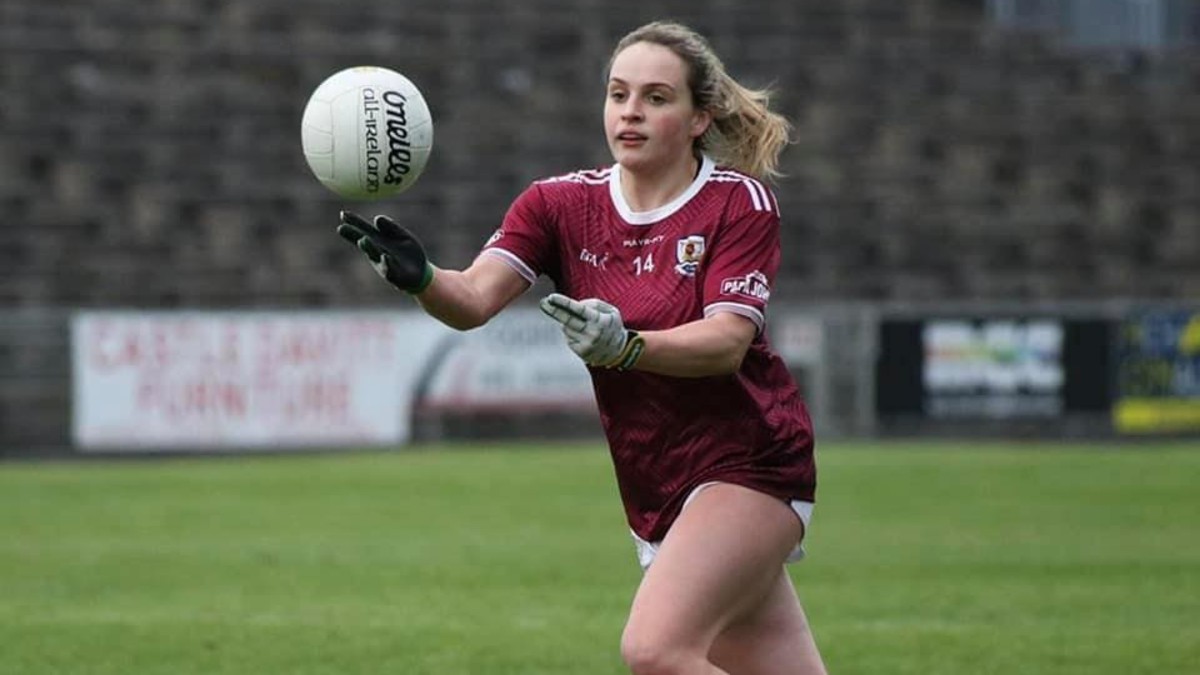 Four goals from Andrea Trill saw Galway recover from last weekend’s loss to neighbours Mayo as they powered to a convincing 6-13 to 2-7 win over Westmeath in their Lidl National Football League Division 1A clash in Pearse Stadium.

Trill struck twice in the space of a minute early on to sink Westmeath’s hopes, and despite Lucy McCartan and Anna Jones goals in either half, Galway picked up the three points ahead of next weekend’s decisive clash with Donegal.

In Division 1B, Roisín Howard hit two late goals, but it wasn’t enough to deny Waterford, whose deadly full-forward line tore Tipperary asunder at Clonmel. Eimear Fennell and Maria Delahunty shared four goals between them for Waterford, who claimed the 5-13 to 2-12 win and now will do battle with Cork next weekend for the right to join Dublin in the Division 1 semi finals.

Dublin were classy victors over Cork on Saturday evening, but they needed every one of Hannah Tyrrell’s 2-7 haul to claim the honours at Páirc Uí Chaoimh.

Hannah Looney and Sadhbh O’Leary had given Cork a lead after the interval, but Tyrrell struck two quick goals to regain control for Dublin, which just proved sufficient as goals from Emma Cleary and Ciara O’Sullivan edged Cork to within a point at the end in a 3-15 to 4-11 Dublin win.

And in yesterday’s other game Donegal were impressive 1-11 to 0-11 winners over Mayo in Ballybofey. Captain Niamh McLaughlin netted a decisive penalty for Maxi Curran’s side, who looked very dangerous up top with Karen Guthrie and Niamh Hegarty in sharp form.

In Division 2A Meath stormed to a 7-17 to 0-5 win over Wexford, with Stacey Grimes’ four goals helping her side to their first win of the competition. Elsewhere in the division, Kerry sealed their place in the semi finals with a 4-13 to 3-11 win. Siofra O’Shea scored two goals, while Hannah O’Donoghue and Lorraine Scanlon also hit the net for the Kingdom.

Two first-half goals from Lauren McVeety and another from Geraldine Sheridan paved the way for Cavan as they ran out 4-11 to 2-10 winners over Tyrone. All is still up for grabs in this all-Ulster division, after Monaghan claimed a 2-11 to 1-13 win over Armagh.

In Division 3A Sligo were impressive winners away in Fermanagh, Anthony Brennan’s side claimed a 2-12 to 0-7 win, while Roscommon fought hard to claim a 5-15 to 3-12 win over Down. Roscommon and Sligo play next weekend, but both teams are already through to the Division 3 semi finals.

In Division 3B Laois were 3-14 to 1-9 winners in Longford and they have made sure of their semi final spot as a result, while Kildare came from behind to beat Wicklow on a 1-9 to 2-5 scoreline.

Meanwhile, in Division 4A, Leitrim picked up a 1-18 to 0-7 win against Derry, while Louth romped to a 4-14 to 0-8 win against Antrim. Offaly qualified for the semi final following their 3-12 to 2-10 win against Limerick, who will go head-to-head with Carlow next weekend to see who claims the final Division 4B semi final place.