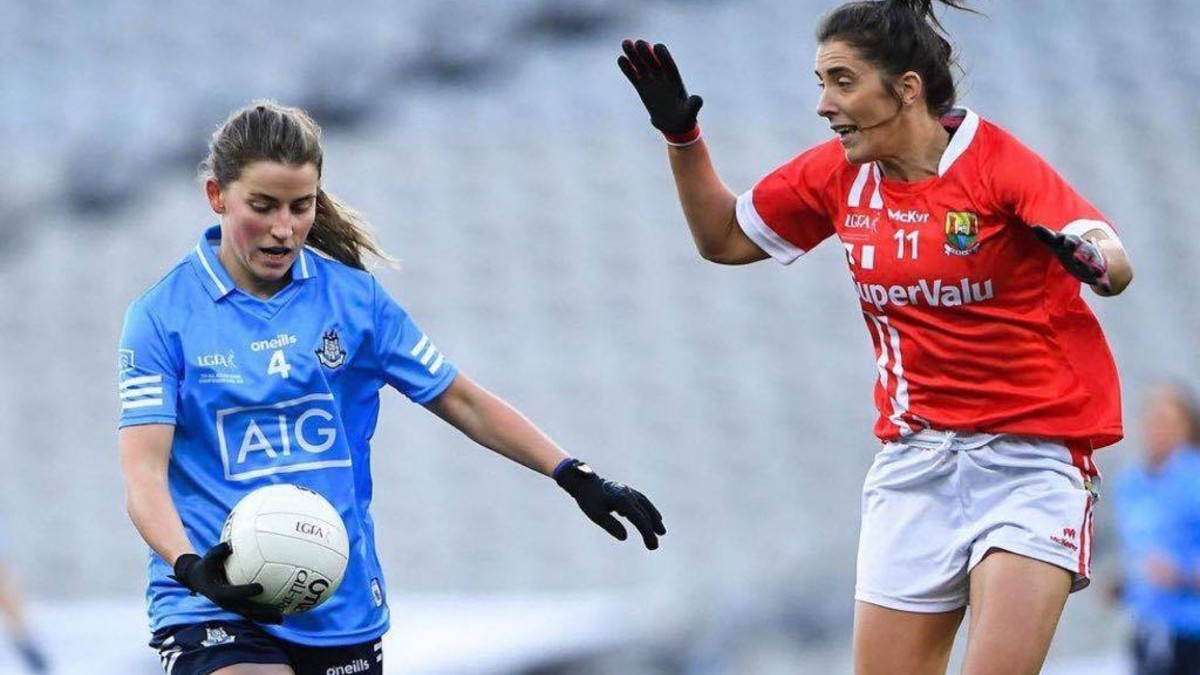 Round 2 of the 2021 Lidl Ladies National Football League sees Dublin and Cork renew a smouldering rivalry.

The counties meet in a competitive fixture for the first time since the 2020 TG4 All-Ireland Senior Final at Croke Park, which Dublin won to land the four-in-a-row.

Dublin will play a senior fixture at Páirc Uí Chaoimh for the very first time tomorrow (SAT) evening, with the TG4 cameras present for a 7.35pm start in Division 1B.

Also on Saturday, and in Division 1A, Donegal and Mayo meet with both sides aiming to make it two wins on the spin (Ballybofey, 6pm).

Sunday’s Division 1B fixture sees Galway entertain Westmeath at Pearse Stadium (2pm), while Waterford make the short trip to Tipperary for a 2pm start in Division 1B.

In Division 2A, Kerry and Clare both enjoyed opening day victories and they meet at Austin Stack Park in Tralee on Sunday (2pm), with pace-setters Cavan and Armagh up against Tyrone and Monaghan respectively in an all-Ulster Division 2B.

The Cork-Dublin fixture is Saturday night’s live TV offering on TG4, with all other games available for free on the LGFA’s dedicated Lidl NFL portal: https://page.inplayer.com/lidlnfl/

All games at 2pm unless stated.

Donegal and Mayo both got off to winning starts with varying degrees of difficulty.

Donegal were too good for Westmeath, while Mayo had to come from behind to defeat Connacht rivals Galway at the death, with Rachel Kearns playing a starring role.

Donegal and Mayo met in the opening round of the 2020 Lidl National League, with the green and red winning by four points on that occasion.

Clashes between these counties are usually close affairs and Donegal will be looking for another starring role from skipper Niamh McLaughlin, who bagged two goals last weekend.

The latest instalment of a gripping rivalry awaits us as Dublin seniors prepare for a very first outing at Páirc Uí Chaoimh.

In recent times, Dublin have been slow starters in the League but they hit the ground running last weekend against Waterford, with former rugby international Hannah Tyrrell in fine form.

Cork were good too in patches against Tipperary in the Friday night League opener and the return of ace attacker Eimear Scally to the squad is a fillip for boss Ephie Fitzgerald.

These two could well meet each other again down the line in League and Championship – and they’ll both be anxious to lay down an early marker in what is a repeat of the 2020 TG4 All-Ireland Senior Final.

Galway will have left MacHale Park disappointed that they didn’t take at least a point from their clash with Mayo last Saturday evening.

A late blitz from the hosts left Galway empty-handed but still very much in the hunt for a semi-final slot if they can win their remaining two games.

Westmeath lost out to Donegal in their opening match and having flirted with relegation in recent seasons, they’ll do well to avoid being pulled into a similar scrap to avoid the drop.

Galway scored an impressive 2-14 in their first outing but still came up short, with some changes going begging at crucial times.

This is a must-win encounter for both teams as they bid to keep themselves in the hunt for a potential semi-final place.

However, with Cork and Dublin in this group, the losers of tomorrow’s Clonmel tussle could well find themselves plunged into a relegation play-off.

The stakes are high and both sides will need to pick themselves up quickly after losing their opening matches.

Cork turned up the heat to dismiss Tipperary in the second half at Páirc Uí Chaoimh, while Waterford found things difficult on their visit to All-Ireland Champions Dublin at Parnell Park.

Wexford lost out narrowly to Clare in Round 1, losing out by just a single point, while Meath were two goals behind Kerry at full-time.

With so much at stake in a condensed League format, this is now a must-win encounter for both teams as they aim to keep alive hopes of a top-two finish, while also avoiding being sucked in a relegation play-off.

Chadwicks Wexford Park is the venue for a pivotal fixture in Division 2A, where losing is not an option in this Leinster derby.

Munster rivals Kerry and Clare face off at Austin Stack Park, looking for the victory that would propel them towards the semi-finals.

Kerry are one of the promotion favourites and cemented that status with victory over 2020 TG4 All-Ireland Intermediate Champions Meath in Round 1, while Clare enjoyed an encouraging one-point victory over Wexford.

Clare’s form in the 2020 League, prior to shutdown, was poor, and so to begin with a win this time will have filled the Banner County players with huge confidence.

A cracking game at Healy Park last weekend saw Tyrone lose out by just a single point against Armagh.

The sides racked up 6-21 between them but Tyrone were pipped at the post by resurgent Armagh, who scored a crucial win.

Cavan, meanwhile, were busy accounting for Monaghan and in what looks like a wide-open Division 2B,  the result of this game will have a big say in the final standings.

Armagh were one of the real success stories of Championship 2020 – with Aimee Mackin named as Senior Players’ Player of the Year – and they’re targeting a bit promotion push.

They left it late to see off Tyrone in Round 1, with Mackin to the fore, and now face a Monaghan team desperate for victory after a loss to Cavan last weekend.

Monaghan were excellent in Championship 2020 and a victory for them here would blow Division 2B wide open.

Roscommon got off to a winning start against Fermanagh last weekend and they face Ulster opposition again in the form of Down.

The visiting Mourne County face a Connacht team for the second week in a row, smarting from a two-point loss to Sligo.

The pressure is on Down to come away with something from their visit to Kiltoom, while victory for Roscommon would leave the 2020 TG4 All-Ireland semi-finalists sitting pretty.

Sligo have a new manager and some players back as they target an assault on promotion from Division 3.

Defeating Down in Round 1 was an encouraging start for the Yeats County, and they now face 2020 TG4 All-Ireland Junior Champions Fermanagh, who lost to Roscommon in Round 1.

A win for Sligo would leave them in a really good place, while Fermanagh need the points to ease early relegation worries.

In an all-Leinster Division 3B, Longford got off to an ideal start in Round 1 with a morale-boosting two-point win against Wicklow.

The Midlanders will now hope to make it two wins from two, when they entertain Laois at Glennon Brothers Pearse Park.

Laois will travel with confidence, however, after racking up 2-16 in a three-point win over Kildare in their first outing.

The stakes are high for Wicklow and Kildare, who meet in Aughrim on Sunday.

With defeats for both counties in their opening League games, a second reverse would leave them staring down the barrel of a relegation play-off.

Having both lost narrowly first time out, a win for either side here would be the perfect way to respond.

Leitrim were impressive in their opening round victory over Louth – and will hope to make it two from two against visiting Derry.

The Oak Leafers, in contrast, have been struggling in recent times and they shipped 5-10 in defeat to Antrim.

Another win here for Leitrim will leave them on the cusp of a semi-final place.

This is a pivotal tie for both counties – with Antrim looking really good for a semi-final slot if they can claim the win.

Louth need to recover, and quickly, after they leaked 3-14 in defeat to Leitrim in Round 1.

Louth would have been considered one of the promotion favourites prior to the competition getting underway – but they can still make the semi-finals with wins from their last two games.

Having seen off the challenge of Carlow in their opening fixture, Offaly can make sure of a semi-final place if they defeat Limerick in this three-team group.

A Limerick win in their first League outing of the year, however, would leave everything up for grabs ahead of the final group game between Limerick and Carlow.

Carlow will be watching this one with interest and will know what they have do in the final group game, once the dust settles on the Offaly-Limerick tie.