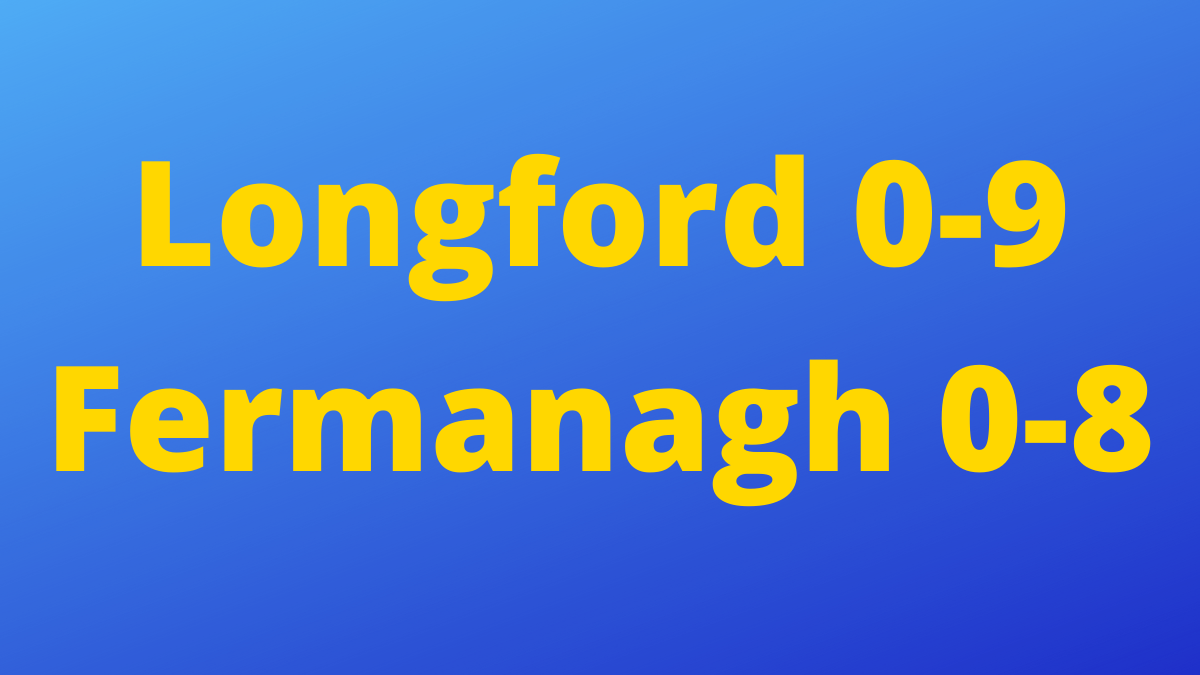 Rian McGrath’s magnificent late save ensured safety for Longford and relegated Fermanagh from the TG4 All-Ireland Intermediate Championship at Mullahoran.

The 2016 junior winners only had one more chance to survive following last weekend’s defeat to Roscommon but they turned it around with their goalkeeper providing the heroics late on, when she denied Joanne Doonan from point-blank range.

This game took a while to get going and Longford were 0-4 to 0-2 ahead at half-time before a late flurry where Fermanagh goalkeeper Shauna Murphy denied Michelle Farrell from the penalty spot. But there was further drama and Fermanagh were held at bay at the death.

It was a first half where both defences dominated and forced their opponents into a number of poor wides. It took ten minutes for Eimear Smyth to register the first point, she converted a free from a central position.

Michelle Farrell went close down the other end when she hit the upright from long-range and her side eventually got on the scoreboard through Emer Heaney in the 14th minute.

Sarah Shannon tagged on another point and Farrell scored a free to make it three Longford points in two minutes.

Longford held a 0-3 to 0-1 advantage at the first water break but Smyth almost scored a goal on the resumption. She collected a stray McGrath kick-out and drove straight at the Longford goal only to find the side-netting.

Smyth and Farrell traded points before half-time and Longford were in the ascendency going in at the break.

They scored three of the first four points at the start of the second half too with Farrell and substitute Ciara Healy (two) on target. Smyth provided the reprieve and Aisling O’Brien burst through to score and keep Fermanagh in the game.

Then with three minutes of normal time remaining Michelle Noonan was fouled, Farrell stepped up but say her shot saved brilliantly by Murphy.
Fermanagh had hope and despite Shannon’s second point of the game Doonan reduced the arrears to just one again.

However, she had the chance to win it for Fermanagh in the 62nd minute only to see McGrath pull off the stunning save.