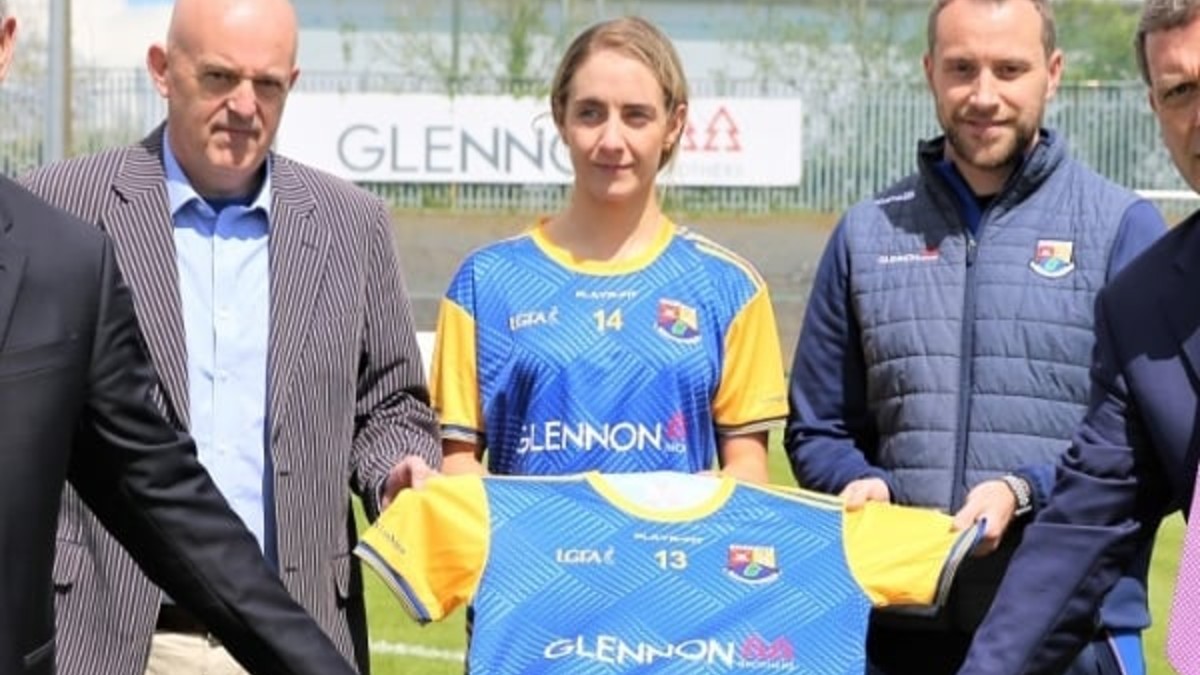 Longford ladies football received a boost in sponsorship during the week and the county’s seniors showed their appreciation with this two-point victory.

Emer Heaney’s goal on 34 minutes put the hosts in front for the first time in an expected tight contest but Brian Noonan’s charges still needed points from captain Michelle Farrell and Heaney to close out the deal.

The ground’s title sponsors Glennon Brothers have extended their support of Longford football to the ladies game – covering all teams from under 14 to senior – and have already seen a return on their investment.

Wicklow were All-Ireland junior finalists in 2020 and no doubt, their main focus is on the championship later in the year.  But a sunny day in Longford provided a stiff first half breeze and Mark Murnaghan’s outfit set about taking advantage.

Sarah Delahunt pulled the strings for a point in the opening stages before Sinead McGettigan won a free, and Marie Kealy obliged with the score.

However, despite leading 0-2 to 0-0, the Garden County were letting other opportunities slip and kicked 11 costly wides over the hour.

A major moment also arrived during their period in ascendancy as Kealy’s cross ball for Meadhbh Deeney was palmed to the net.  The umpire guarding the green flag didn’t budge and after consulting the referee, the goal was officially disallowed for a square ball.

Longford struggled to find their shooting range but did open on eight minutes when Farrell’s quick free resulted in Grace Shannon splitting the posts.

And after Kealy restored Wicklow’s two-point advantage, Farrell again provided the assist for the Longford Slashers midfielder and Shannon was on point leaving it 0-3 to 0-2 on 11 minutes.

McGettigan tallied for Wicklow before the water break but the momentum of both sides faded as the game went on.

Technical and unforced errors didn’t help either’s cause and referee Lorraine O’Sullivan didn’t allow many mistakes go unpunished. Attacking threats and potential counter attacks turned into a methodical exercise in possession play resulting in just 16 scores in total between them.

While Wicklow looked most dangerous near goal (Deeney forced a save from keeper Riane McGrath), Longford nearly struck on 24 minutes.  Pressure gained turnovers in attack and a Heaney speculative effort forced Wicklow stopper Loretta Gilbert to punch the ball over the bar.

It was the only score of the “second quarter” but Longford received a major blow before half-time as Farrell was sent to the line for 10 minutes for a push.  But Wicklow didn’t take advantage.

Kealy’s second half opener made it 0-5 to 0-3 but by the time the Longford captain returned, her side were in the lead.

An excellent move exploiting gaps down the right resulted in Heaney, playing inside for this period, head towards goal.  The limited space didn’t bother the Ballymore winger as she fired in the game’s only goal, the ball bouncing off the inside of the far post.

Longford seized the initiative!  Heaney set up Ciara Healy for a white flag before Aoife Darcy split the posts on 39 minutes for a three-point cushion.

These teams drew 0-8 apiece in last year’s campaign before the COVID-19 lockdown.  And a repeat scoreline looked on course as Wicklow clawed their way back.

Kealy reduced arrears to two before the water break; Delahunt kicked her second point on 49 minutes; before Kealy’s fifth, four minutes from time made it 1-5 to 0-8.

There probably wouldn’t have been too many complaints if this contest finished in a stalemate but both parties felt they had victory in their sights.  Wicklow’s misses denied them the chance to put their Leinster rivals on the back foot.

Even during the slower phases, Longford showed more composure and failure to deliver an opening day win may have increased the difficulty of their rebuilding project.

They huffed and puffed in the closing stages to get their noses back ahead.  But after a prolonged passing phase resulted in a wide in the final minutes; they were gifted two late opportunities.