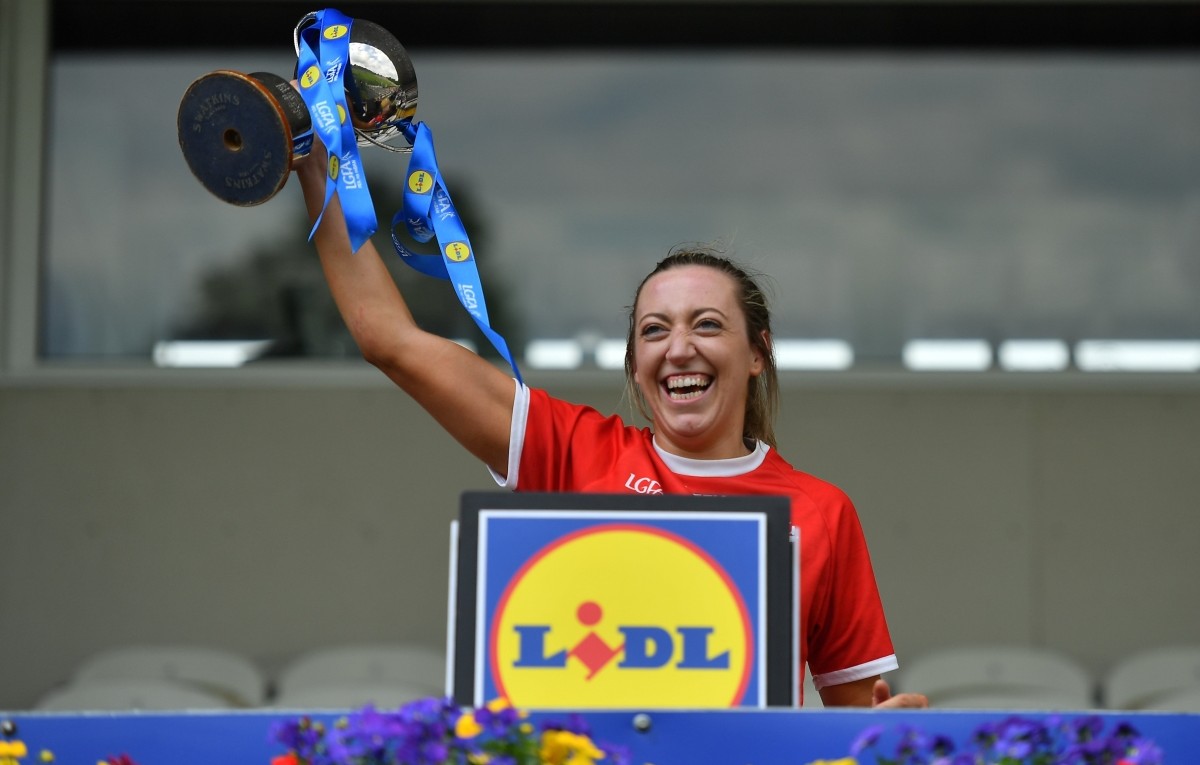 Wayne Freeman’s side will play their football in the third tier next season after a brilliant campaign and a stunning first-half performance in the sun.

The Cooley Kickhams star scored both of her goals in the opening quarter and with Lauren Boyle and Kate Flood also on target, Louth took a comfortable 4-3 to 0-8 lead into half-time.

Leitrim tried for a comeback in the second half and substitute Ailbhe Clancy scored a penalty but Louth goalkeeper Una Pearson stopped two late goal-bound efforts to save the day.

Louth made the dream start when they scored an unanswered 2-2 inside six minutes. Flood intercepted a Michelle Monaghan kickout and found Boyle who blasted to the Leitrim net in the opening minute.

Áine Breen added a point and then Rice broke forward to finish low under Monaghan for a second Louth goal, while a Rice free gave them a 2-2 to 0-0 advantage.

Michelle Guckian handed Leitrim their first score in the eight minute and Laura O’Dowd scored another point. But a brilliant Pearson kickout found its way to Breen who drove at the heart of the Leitrim defence, she off-loaded to Rice who blasted high and into the goal.

Guckian and Leah Fox scored the last two points before the water-break but Leitrim still trailed by 3-2 to 0-4 at that stage. Bronagh O’Rourke and O’Dowd scored on the resumption to make it four points in a row for Leitrim.

But Monaghan’s kickout was turned over again and Flood profited to the finish into the empty net in the 22nd minute. Ailish Cornyan scored a huge point to round off the half but Louth were seven points clear.

Muireann Devaney and Rice traded scores after the break, but every time Leitrim looked to build momentum they were dragged back by Louth.

Crucially, Devaney missed a goal chance in the 39th minute as the pressure mounted and Louth were 4-5 to 0-11 ahead with a quarter of the game remaining.

Denise McKenna and Eimear Byrne scored in quick succession after the last water-break, but when Clancy scored her goal in the 52nd minute Leitrim still had a chance. Fittingly, Rice killed off the game.