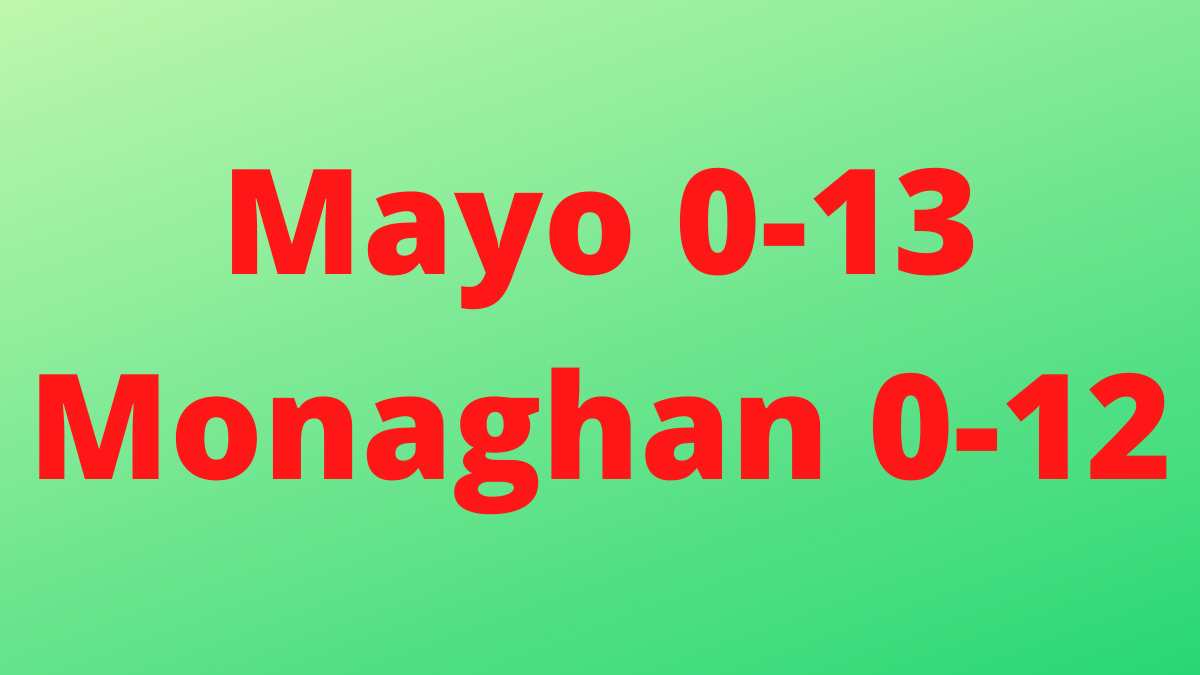 Mayo secured a dramatic TG4 All-Ireland Senior Championship victory over Monaghan, but only after extra time and a 30-metre free kick shoot out, which was decided by Shauna Howley in the baking heat of Ballinamore.

Howley landed the only one of the nine frees taken in this dramatic finish, which secured a second win of the group for Mayo, earned despite the ten points kicked by Monaghan’s Ellen McCarron.

The Westerners opened brightly with Howley, Rachel Kearns and late inclusion Sarah Rowe whipping over a point each by the ninth minute.

Monaghan responded well with McCarron tapping over two frees in succession during the next three minutes.

Kearns and McCarron exchanged points at opposite ends by the 15th minute, which gave the Connacht side a minimum lead at the first water break.

When the action resumed Monaghan got back on level terms once again thanks to McCarron’s class from placed balls. But Mayo edged back into a two-point advantage thanks to Grace Kelly’s brilliant brace of scores.

However, Monaghan finished the opening half stronger and McCarron kicked a free and added a point from play to leave it level at 0-6 each at half-time.

In the oppressive heat, the second half action continued along the same path as the first, with Howley and McCarron kicking early frees for their respective sides, before Monaghan took the lead for the first and only time in the game when McCarron put over a 41st-minute free.

Kearns hit back for Mayo, before Kelly reclaimed the lead for Michael Moyles’ side, only for corner back Aoife McAnespie to send the game to extra time with the scores tied at 0-10 to 0-10.

Ten minutes each way was not enough to split the teams in extra time, with a couple of frees from Howley and McCarron the only scores, which saw the game decided with a free taking competition.

And in the end Howley held her nerve to land the decisive kick, which should be enough for Mayo to work their way into the knock-out stages.