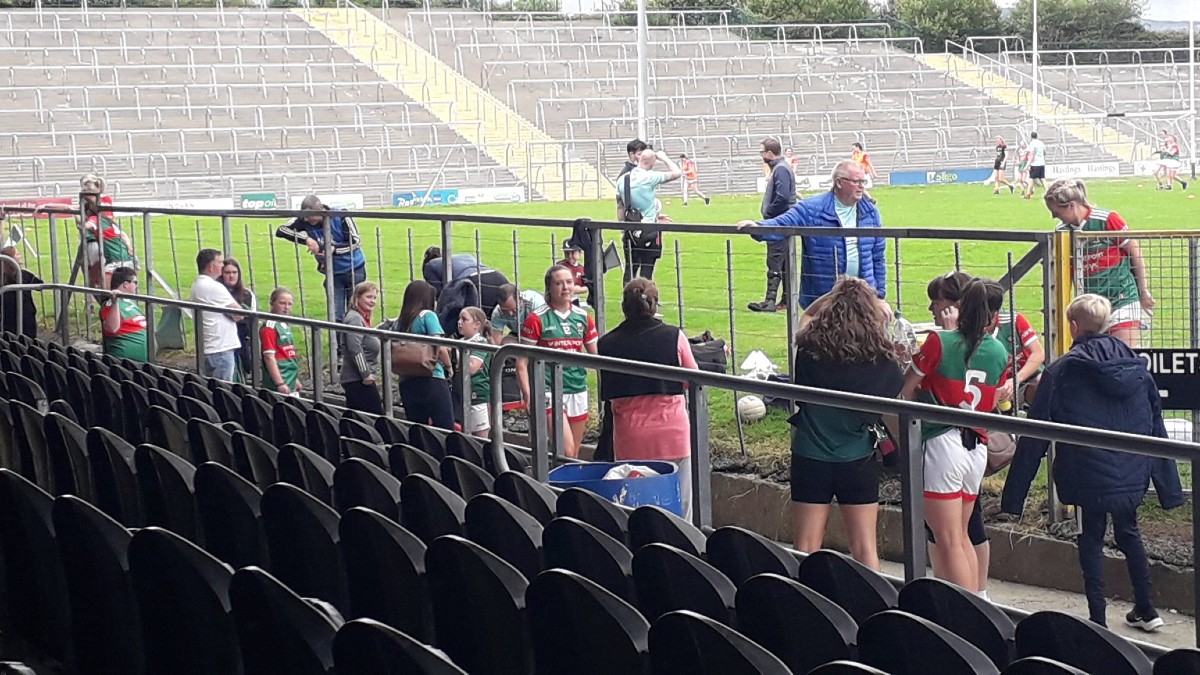 Rachel Kearns’ first-half goal meant Mayo were able to hold off a brave Cavan showing to pick up the points in this Group 1 first round TG4 All-Ireland Senior Championship encounter at Markievicz Park.

Michael Moyles side did the hard work in the first half and held a seven-point interval lead, and they were able to keep the gap between themselves and the Breffni side up to the final whistle, with the free taking of Shauna Howley a key component in this victory.

Mayo led by 0-5 to 0-3 at the first water break, but Cavan had raced into an early two-point lead thanks to two frees from Aisling Gilsenan inside the opening three minutes.

The westerners rallied though, reeling off the next five points on the bounce, with Howley kicking three of them, including two good efforts from play, while Grace Kelly and Sinead Cafferkey also found their range.

However, the final say of the quarter went to Cavan full-forward Aisling Sheridan who landed a fine effort to cut the gap to two.

Mayo stretched their legs though, and went in at the half time leading 1-9 to 0-5, with Kearns’ goal after 24 minutes coming after she picked the ball 21 meters out and rifled it past Elaine Walsh in the Cavan goal.

Aisling Sheridan got Cavan going early after the restart with a fine point as the sides went score for score in the third quarter. Cavan’s Amy Rooney kicked three points in the minutes after being introduced shortly after the resumption, and she went on to add another trio in the final quarter.

Cavan kept pushing Mayo all the way to through the final 15 minutes, but Mayo were always able to keep themselves that bit in front down the home straight. Moyles’ side also welcomed back Sarah Rowe, who made her first appearance of the season as a second half substitute, while she also kicked a couple of impressive late scores.

Mayo will go on to their meeting with Monaghan in the next round in confident form, while Cavan take on Armagh as they look to get their first points on the board in this four-team group.