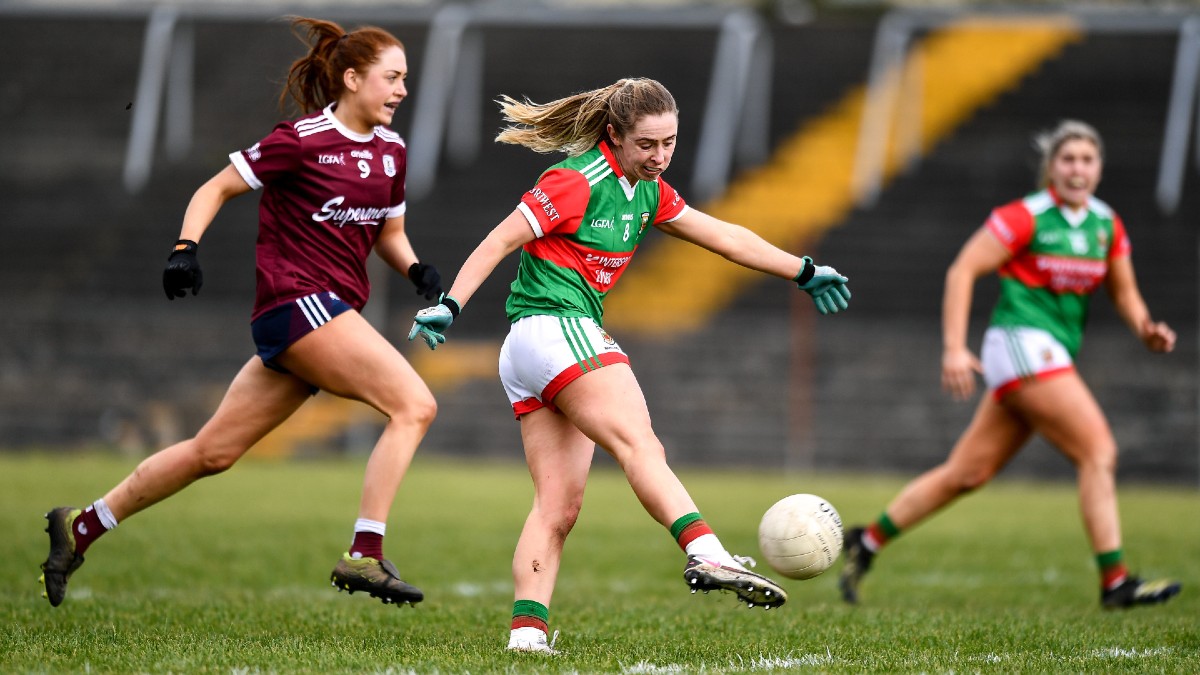 Sinéad Walsh and Lisa Cafferky both scored two goals as Mayo earned their place in the semi-finals of the Lidl NFL after victory over rivals Galway at Tuam Stadium.

The hosts were looking to bounce back from their opening round defeat in Donegal but it was Mayo who made it back-to-back wins with Ciara Whyte and Sinéad Cafferky also on target bringing their goals tally to 13 in two Division 1A games.

Mairéad Seoighe and Kate Slevin scored the goals for Galway but they suffered a heavy defeat.

Playing with the aid of a very strong breeze, Mayo got off to the perfect start and after just five minutes corner-forward Walsh beat Eimile Gavin to the ball, turned and scored low past Alannah Griffin in the Galway goal. Galway responded immediately, Seoighe muscled past Sherin El Massry to score an excellent goal with her left foot.

The sides then traded points, a free from Aoife O’Rourke for Galway and a fine score from Walsh, with the assistance of both Aoife Geraghty and Sarah Mulvihill in the build-up.

However, Mayo took the initiative in the eleventh minute when Whyte scored their second goal, as she palmed the ball into the net following a great pass from Mulvihill. And then just ahead of the water break Lisa Cafferky got on the end of a superb interchange between Walsh and Whyte to score another goal.

Galway had lots of possession after the concession of those two goals but some excellent defending from Eilis Ronayne, Sinéad Cafferky and Danielle Caldwell kept them at bay, with only an Ailbhe Davoren point to show for their efforts, as Mayo led by 3-3 to 1-3 at half-time.

Three goals in five second half minutes settled this game as Sinéad Cafferky, the superb Lisa Cafferky and Walsh scored goals in a dominant spell.

Galway battled well throughout but were no match for Mayo, however a late cameo from Slevin, who scored 1-4 in the second half, put a gloss on the scoreline.