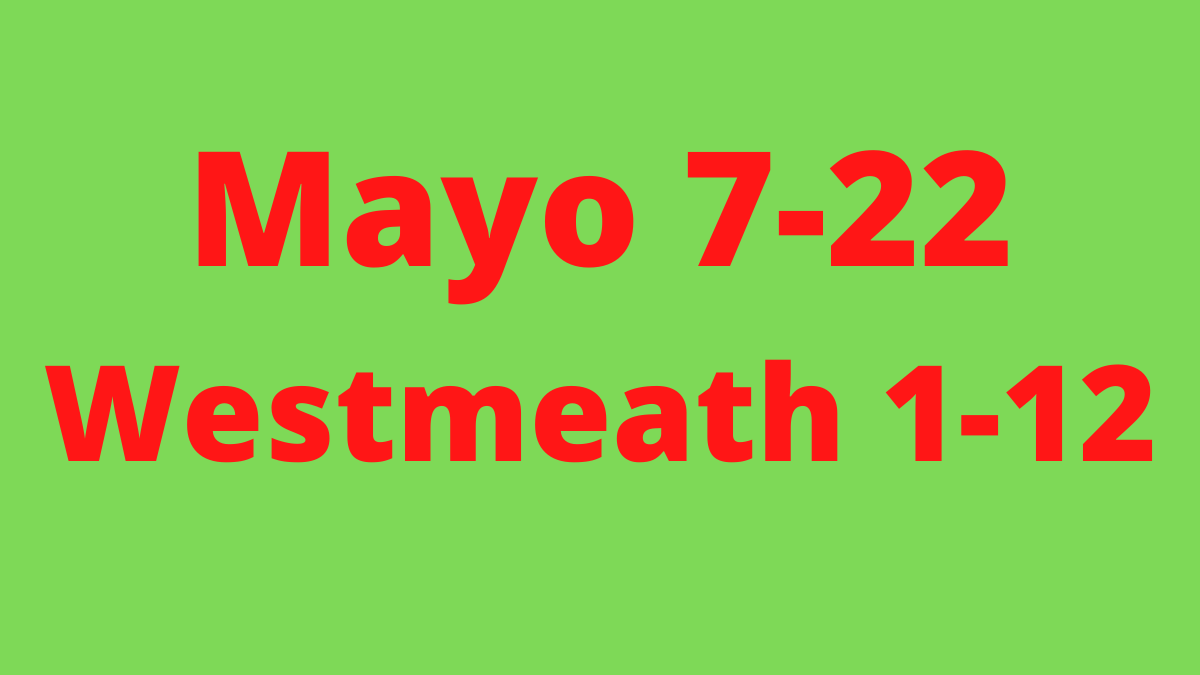 Maria Reilly helped herself to a couple of goals and Mayo got their season up and running with a comprehensive Lidl National Football League Division 1A victory over Westmeath at the Connacht GAA Centre of Excellence.

Last year’s TG4 All-Ireland intermediate champions were already 4-11 to 1-5 in arrears at half-time and with Shauna Howley, Sinéad Cafferky, Sinéad Walsh, Laura Moran and Ava Keane also among the goals it was the perfect start to 2022 for the home side.

Both sides were shorn of a number of last year’s squads but it didn’t hinder the attacking threat of Michael Moyles’ selection who ran out comfortable winners, with 11 different scorers and a big impact from their bench.

Mayo dominated the first half taking a 15-point advantage into the break. Reilly scored the first of the evening inside the opening minutes when her looping effort deceived Westmeath goalkeeper Aoife Temple.

Westmeath reacted well to the early setback scoring next through Ciara Blundell and they found the net shortly afterwards with Anna Jones finishing a penalty to edge her side 1-1 to 1-0 in front.

But from then on it was all Mayo as they imposed their running game on Westmeath, Howley led the way and Reilly got her second goal to put Mayo into a 2-6 to 1-3 lead at the water break.

They got their third goal shortly after the resumption when Howley scored a deserved effort and they kept up the pressure adding five more points before the break and a fourth goal from Cafferkey to take a commanding lead at the interval.

The goals kept coming in the second half with Mayo hitting two more from substitutes Moran and Walsh just before the second water break. Westmeath kept plugging away led by Jones who kept the scoreboard ticking despite the onslaught of scores from Mayo.

Mayo manager Moyles gave his substitutions some game time late on as the contest wound down and that was repaid with scores including the two goals from Moran and Walsh.

There was another goal from Keane who finished off the final score in added time and Mayo turned their attentions to Round 2.