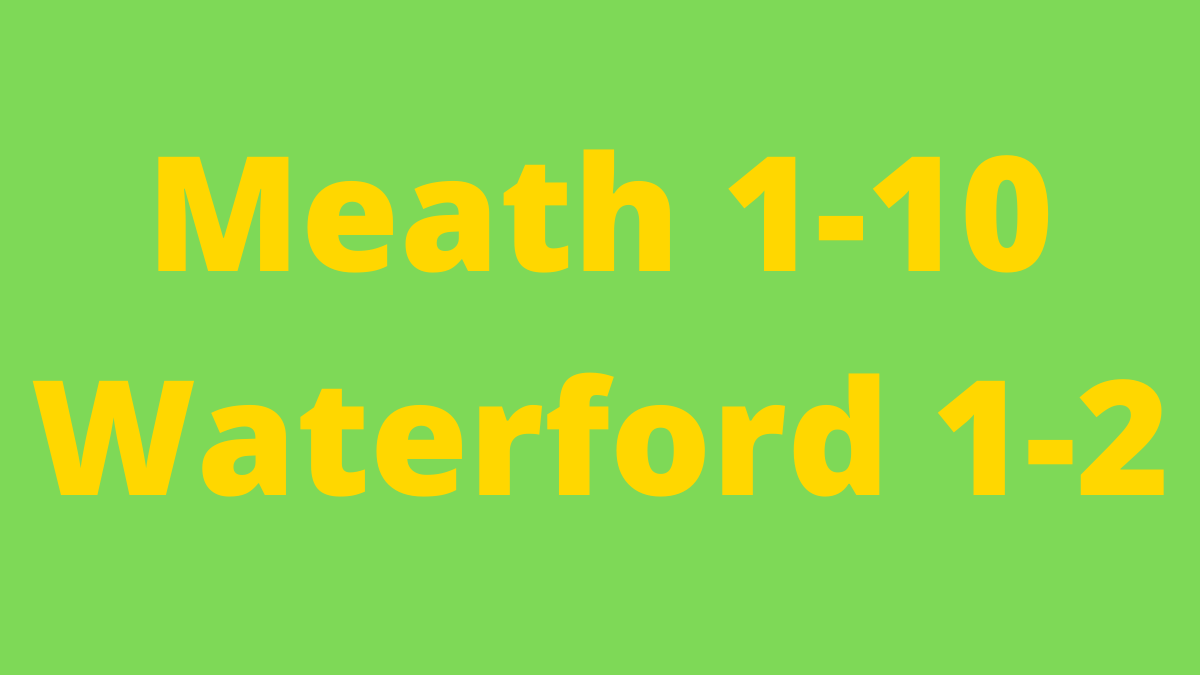 TG4 All-Star Emma Duggan scored 0-6 from play as Meath made it two wins from two with victory over Waterford in Division 1B of the Lidl National Football League at a windswept Dungarvan.

Waterford made life difficult for the defending TG4 All-Ireland champions but Eamonn Murray’s side finished strongly to take the spoils and advance to the next round. 2021 Player of the Year Vikki Wall found the net early while Duggan delivered three points in both halves.

The match was switched to the Dungarvan GAA Grounds as Fraher Field was deemed unplayable but strong gusts still swept across the field throughout.

Meath looked strong as they took to the field with 12 of the team that beat Dublin in the All-Ireland final last September. And the visitors raced into a 1-2 to 0-0 lead after eight minutes. Wall found the top corner of the net after she was set up by Aoibhin Cleary.

But Waterford got back on level terms by the first water break. Lauren McGregor fired to the bottom corner from the penalty spot on ten minutes. Bríd McMaugh and Kate McGrath kicked the points to make it 1-2 to 1-2.

At the start of the second quarter, Duggan showed her All-Star quality with back-to-back points. The first was a stunning effort off the outside of her right boot. She judged the wind to perfection with the second as her high kick drifted over the bar.

It was 1-4 to 1-2 in favour of Meath at half-time and the wind whipped up again afterwards. Meath substitute Emma White struck the only point of the third quarter.

And another impact substitute, Niamh Gallogly, added the next point on 46 minutes. Duggan dispatched three late scores to wrap up the win before Orlagh Lally got in on the act too.