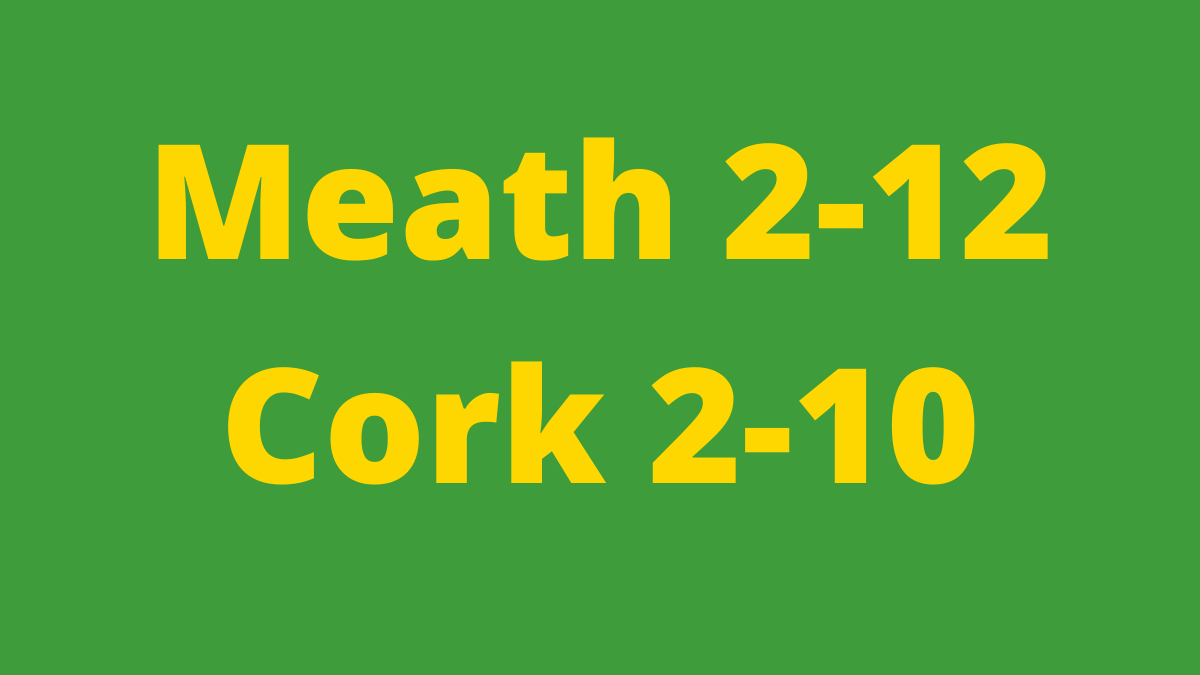 Meath staged a remarkable comeback to book a place in the TG4 All-Ireland final for the first time in history after an astonishing semi-final clash at Croke Park.

Meath, the reigning All-Ireland Intermediate champions, trailed by double scores, 2-8 to 0-7, with less than five minutes remaining but two goals in the final minute forced the game to extra-time.

And Eamonn Murray’s charges pushed on from there to secure a famous win and set up an All-Ireland final meeting with neighbours and five-in-a-row chasing Dublin on September 5.

Cork started well and opened up an early lead with points from Eimear Kiely and Eimear Scally but having started without the injured Orla Finn, they suffered another blow when Ciara O’Sullivan had to go off with a shoulder injury.

Emma Duggan got Meath off the mark after eleven minutes and Vikki Wall levelled the sides almost immediately afterwards with a good point.

Both defences were very strong but a good run by Wall pushed Meath in front for the first time after 21 minutes and Niamh O’Sullivan doubled the lead almost immediately from the right to lead by 0-4 to 0-2.

Cork hit back and Kiely’s second point from the right was followed by a second free from Scally to tie the sides at 0-4 apiece at the break.

Cork made a blistering start to the second-half with Scally shooting three points, two of them frees, in the opening eight minutes and then Doireann O’Sullivan finished to the net from close range after Sadhbh O’Leary’s shot was brilliantly saved by goalkeeper Monica McGuirk.

That pushed Cork 1-7 to 0-4 in front and while Duggan pulled back a good point for Meath, Cork took a six points lead into the second water break when Doireann O’Sullivan tacked on a point.

Substitute Niamh Gallogly pulled back a point for Meath shortly after coming on and Stacey Grimes also hit the target to cut the gap to four with ten minutes remaining.

But Cork seemed to have wrapped it up when they got their second goal. Substitute Katie Quirke made an instant impact, putting Doireann O’Sullivan through and, in turn, she set up Scally to fist the ball to the net and put them ahead by double scores with five minutes remaining.

However, Meath never gave up. Gallogly got her second point and then in the final minute Stacey Grimes converted a penalty and from the kickout, they won back possession for Wall and Máire O’Shaughnessy to combine and send Duggan through and she shot low to the net with less than 30 seconds remaining to send the match to extra-time.

Grimes edged Meath in front before Doireann O’Sullivan tied the sides and when Duggan pointed for Meath, another Scally free saw them level at 2-10 apiece at the interval in extra-time.

Duggan edged Meath back in front five minutes from time and she wrapped up a famous win when she landed another point with the final kick of the match after Cork failed to get an equaliser at the other end.