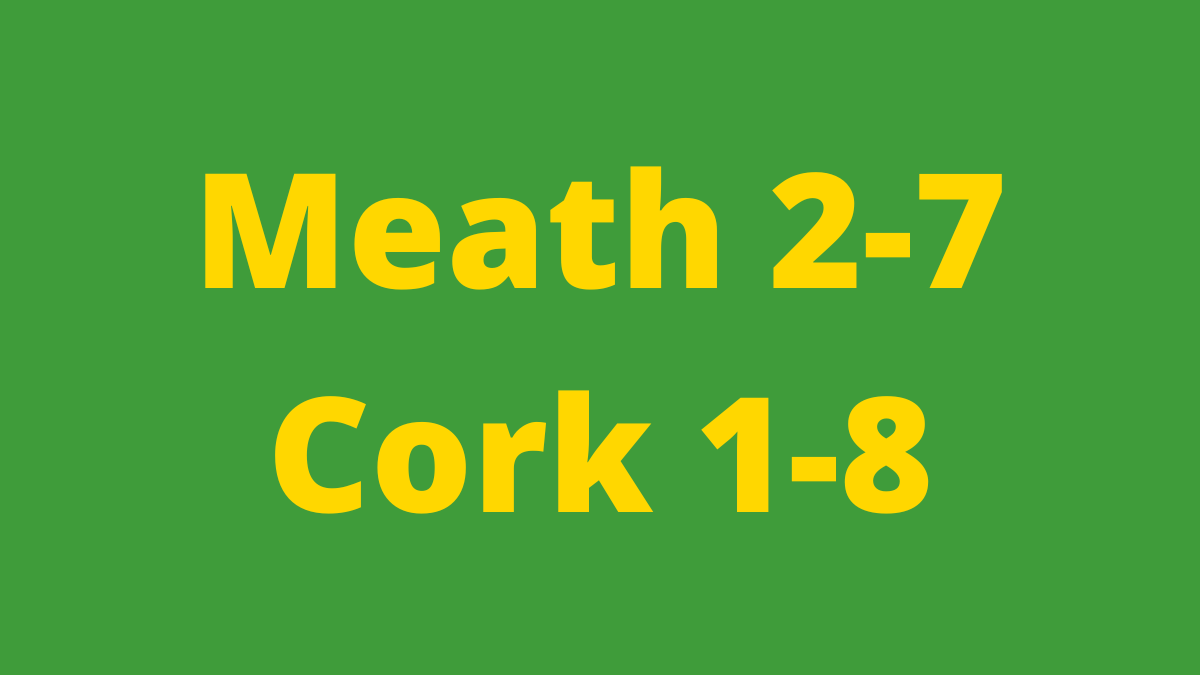 Emma Duggan found the net as reigning TG4 All-Ireland champions Meath got their Lidl National Football League Division 1B campaign off to a winning start with victory over Cork at Páirc Tailteann.

Eamonn Murray’s side held a 0-6 to 0-4 lead at the break in Navan and while Cork did go in front courtesy of an Emma Cleary goal, Meath re-established their advantage with goals from the TG4 All-Star Duggan and Orlagh Lally, helping to seal their first win of the season.

Stacey Grimes landed the opening score of the 2022 campaign from an early free before Lally added a fine point on two minutes and Orla Finn scored her and Cork’s first down the other end.

Grimes tagged on her second free on ten minutes but Katie Quirke was on target as Meath took a narrow 0-3 to 0-2 lead into the water break.

Cork levelled on the resumption with Laura O’Mahony scoring on the end of Cleary’s pass. And Meath were lucky to stay in front when Monica McGuirk saved brilliantly from Finn. Grimes added her third free before Niamh O’Sullivan dinked inside her marker and converted a terrific point for a 0-5 to 0-3 lead.

Quirke’s second score a minute later reduced the gap back to the minimum but Meath got the final score of the half with Grimes adding her fourth free for a two-point advantage at the interval. Cork had been reduced to 14 players just before the break when Finn was shown a yellow card.

Grimes and Quirke swapped frees after the restart and in the 41st minute an inch perfect pass from Quirke found Cleary and she made no mistake with the finish. This handed Cork the lead for the first time but that 1-5 to 0-7 scoreline didn’t last long. A quick free from Grimes gave Duggan possession and she steadied herself before finishing to the net.

Cork tried to go back on the attack again but Meath claimed possession and ran at the defence with Aoibhin Cleary’s initial shot on goal blocked only for Lally to hop on the loose ball and finish it to the back of the net just before the second half water break.

Meath were 2-7 to 1-5 in front and although Finn, Rachel Leahy and Ciara McCarthy all scored points Meath had enough in reserve to stave off the comeback.