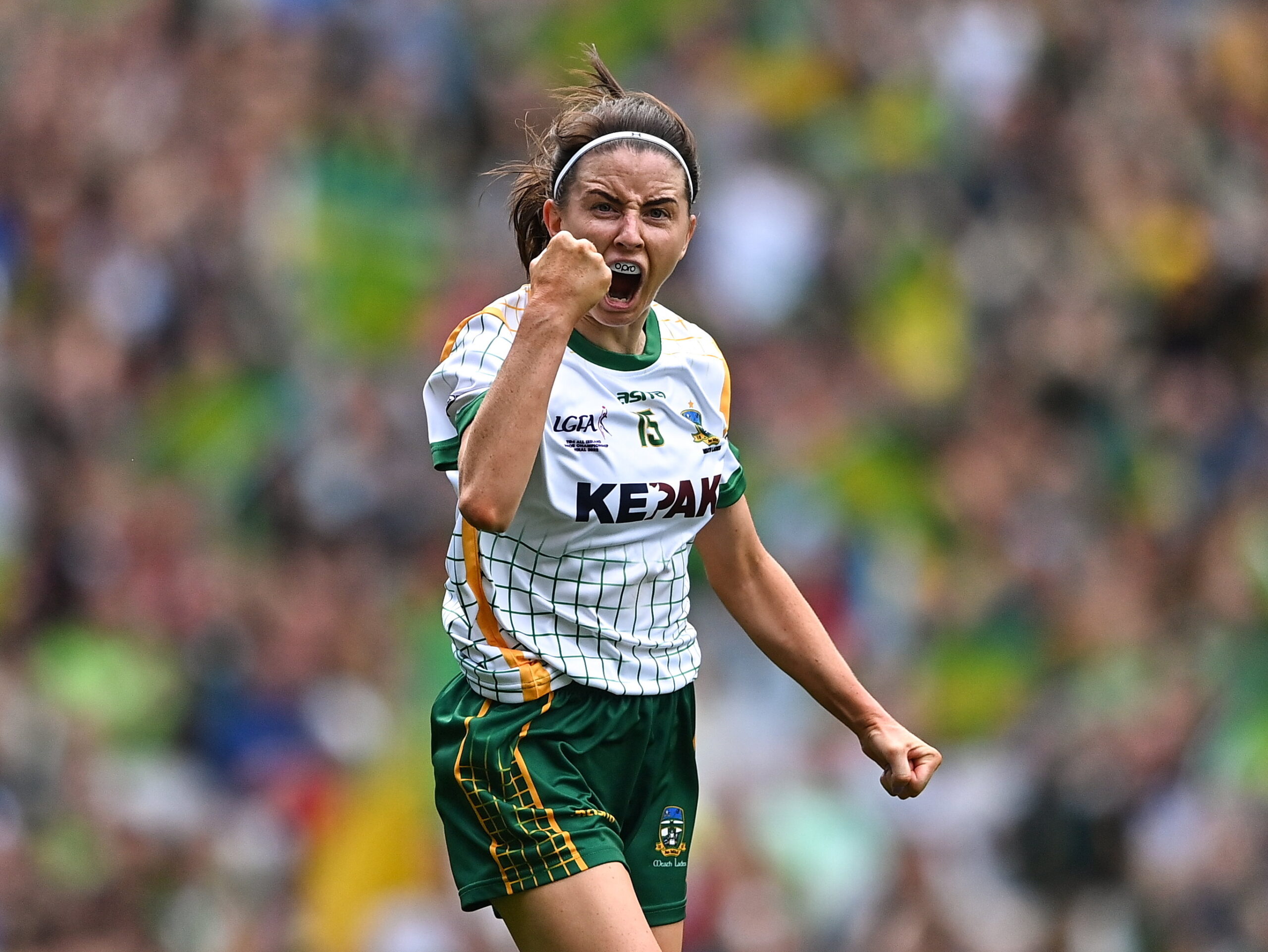 Maiden winners of the Brendan Martin Cup in 2021 with a stunning showpiece triumph against Dublin, the Royal County overcame a shaky start to retain their crown in front of 46,440 at Croke Park.

Louise Ní Mhuircheartaigh led the Kingdom charge, but with Niamh O’Sullivan and Vikki Wall in inspired form for their opponents, they fell short in their quest for a first senior title since 1993.

After wing-back Ciara Murphy and Corca Dhuibhne sharpshooter Ní Mhuircheartaigh kicked early points, the latter capitalised on a miscued short kick-out to loft the ball over the head of Meath goalkeeper Monica McGuirk for a 7th minute goal.

This was a dream start for the Kingdom but Meath responded in the manner of true champions.

Squeezed in between frees from Stacey Grimes and Wall, the raiding Emma Troy got on the end of a Kelsey Nesbitt pass to rifle the ball into the top left-hand corner. Having restored parity in lightning quick time, the Royals subsequently took control of the proceedings courtesy of four points without reply from Wall (two), Grimes and the ever-influential Troy.

Síofra O’Shea, Paris McCarthy and Lorraine Scanlon posted much-needed scores for the Kingdom but, with O’Sullivan and Grimes also finding the range in a lively second quarter, Meath brought a 1-8 to 1-5 buffer into the break.

While O’Shea and Ní Mhuircheartaigh points ensured this lead was narrowed to the bare minimum on the restart, Emma Duggan went on to become the third successful Meath free-taker of the game. The tie remained delicately poised, until the holders spectacularly turned the screw with two goals in the space of just four minutes.

The evergreen O’Sullivan palmed home on 45 minutes after referee Maggie Farrelly had signalled an advantage and this was followed by a clinical finish from Lynch, who had hit the crossbar with an initial effort.

This left Meath with an unassailable cushion but O’Sullivan’s superb point out towards the right-wing ensured Eamonn Murray’s side signed off on their latest success in emphatic style.