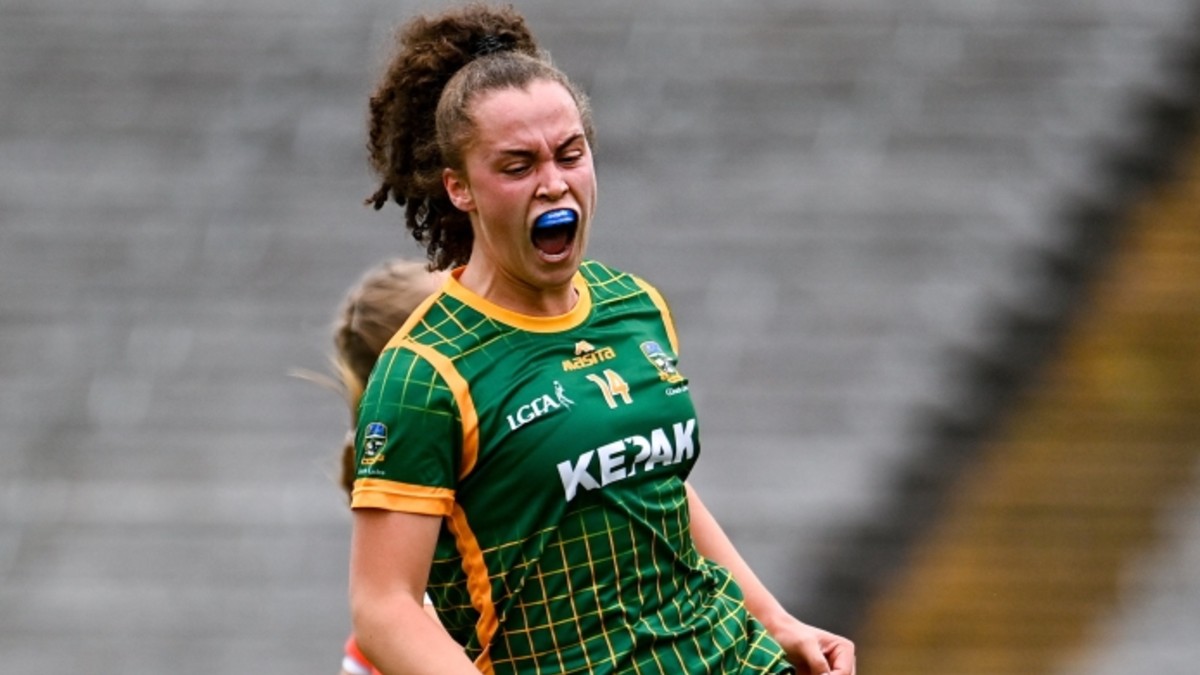 Emma Duggan fired a brilliant 1-5 as Meath booked their place in the TG4 All-Ireland Senior Championship Semi-final with a stylish victory over Armagh at St Tiernach’s Park.

First-half goals from Duggan and Niamh O’Sullivan gave the Royals a comfortable interval lead, and despite the scoring prowess of Aimee Mackin, Armagh could not get back into contention.

Mackin scored 1-6 for last year’s semi-finalists, but a second-half goal from the impressive Emma Troy sealed a convincing win for Eamon Murray’s charges, who now go on to face either Cork or Waterford in the semi final in two weeks’ time.

The game began at a rapid pace with Meath enjoying a lucrative opening quarter, dominating possession and attacking almost at will. Vikki Wall opened the scoring for Meath before Kelly Mallon grabbed the first of three first-half frees to level the game.

Orlagh Lally doubled Meath’s advantage, before a perfectly timed pass from Wall gave Duggan the space to slot the ball into the back of Anna Carr’s net.

Meath hit 1-1 in the space of 60 seconds to open up a commanding lead. Aoibhín Cleary split the posts and the resulting kick out was captured by the Royals; Orla Byrne found O’Sullivan and she hit the net.

This seemed to spur Armagh into attack and three points inside two minutes brought the deficit back to seven. Aimee Mackin hit two points between a fine effort from Alexandra Clarke.

Meath were patient in their build up and were rewarded with a point from Stacey Grimes and a second point from Lally. However, two Mallon frees ensured Armagh stayed seven points adrift at the half-time whistle.

The teams traded scores when the second half resumed with little to separate the sides. Duggan, Lally, O’Sullivan and Grimes all pointed for Meath in the third quarter, while Eve Lavery and three Aimee Mackin points kept Armagh in touch.

Blathin Mackin scored a long-range point just before the second-half water break to trim the gap back to seven points, but Troy eased the pressure on Meath when she found the net moments later.

Meath were reduced to 14 players for the final eight minutes when Lynch was sin binned and Aimee Mackin hit the net four minutes from time. But Meath held possession and their nerve in the closing stages to book a historic semi-final place.