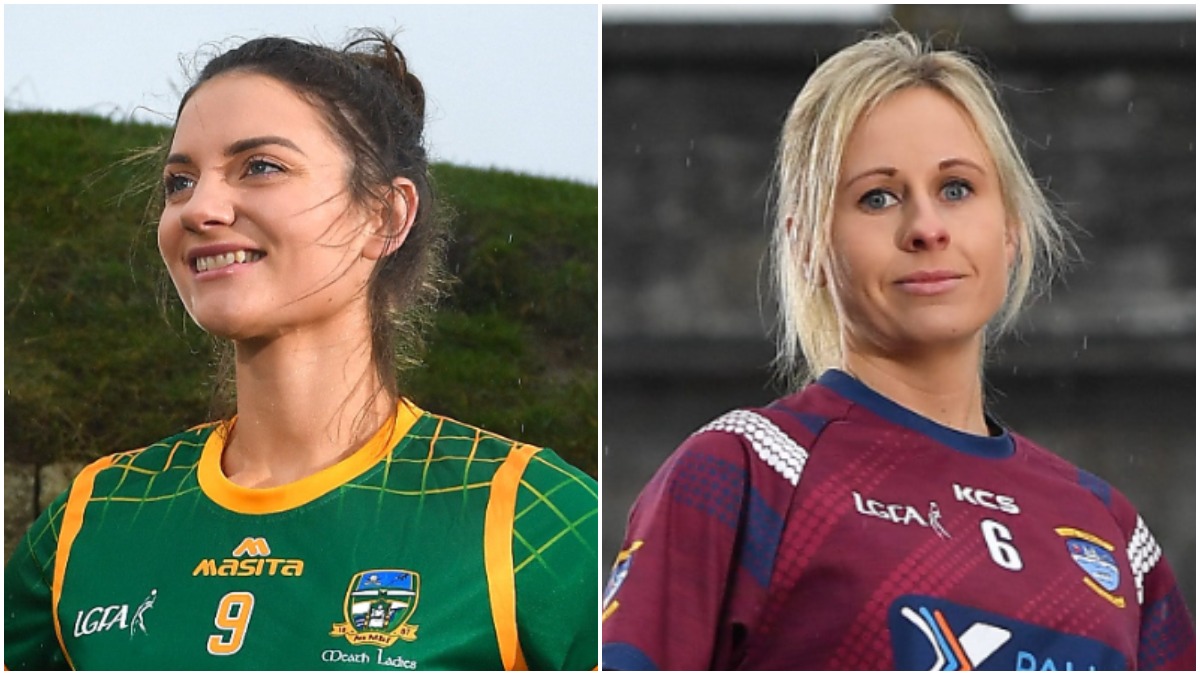 The 2020 TG4 All-Ireland Intermediate and Senior Ladies Football Championship Finals will bring the curtain down on Croke Park’s inter-county playing year on Sunday.

There’s a tasty double-header down for decision at GAA HQ – with Meath and Westmeath meeting in an all-Leinster Intermediate decider at 1.15pm.

The game is live on TG4 and available worldwide on the TG4 Player: http://bit.ly/37oJ7a1

IT’S an all-Leinster pairing in Sunday’s TG4 All-Ireland Intermediate Final at Croke Park – with neighbours Meath and Westmeath meeting for the Mary Quinn Memorial Cup, and Senior Championship football in 2021.

There’s huge motivation for both teams to claim the silverware, based on recent history.

Westmeath, who won this competition last in 2011, were relegated from the senior grade last year, but are hoping to bounce straight back at the first attempt.

Meath, meanwhile, are contesting a third successive Intermediate Final, and hoping to get over the line after losing to Tyrone in 2018, and Tipperary last year.

You also have to go all the way back to 1994 for Meath’s last All-Ireland adult title win, when the Royal County claimed the junior crown.

Meath have come on in leaps and bounds since a narrow two-point victory over Down in their opening group game.

In their last two matches, Eamonn Murray’s charges have collected a combined haul of 9-31 (5-18 against Leitrim and 4-13 in the All-Ireland semi-final win against Clare).

Meath will also be happy with the defensive aspect of their game, with just 0-14 conceded across those two games, following the concession of 1-6 to Down.

Meath’s leading scorer in the 2020 Championship is Stacey Grimes, with an impressive haul of 4-15, which included 2-6 against Clare.

Bridgetta Lynch (3-2), Emma Duggan (0-8) and Megan Thynne and Niamh O’Sullivan (1-3 each) are other players who have been in good scoring form.

Meath have had 12 players contributing to the scoreboard in their three outings to date, while opponents Westmeath have had ten different scorers.

Out in front in the scoring stakes for the Lake County is experienced forward Leona Archibold (2-9) while Ciara Blundell (4-3), Karen Hegarty (3-3), Lucy McCartan (1-3) and Sarah McCormack (2-0) have also been prominent.

Westmeath opened their campaign in devastating fashion against Longford, scoring 9-9, before following up with 3-11 in the victory over Louth, and 2-9 in the narrow semi-final win against Roscommon.

Westmeath enjoyed relatively comfortable group wins, and being handed a real test by Roscommon will surely have been welcomed privately by Sean Finnegan and his management team.

With both teams possessing players of rich quality, this could be an open and entertaining affair, or on the cagey side.

It’s all set up for an intriguing encounter; in what will be the first all-Leinster TG4 All-Ireland Intermediate Final since Louth defeated Wexford in 1999.

Both sides are unchanged ahead of the Final, following their semi-final wins.